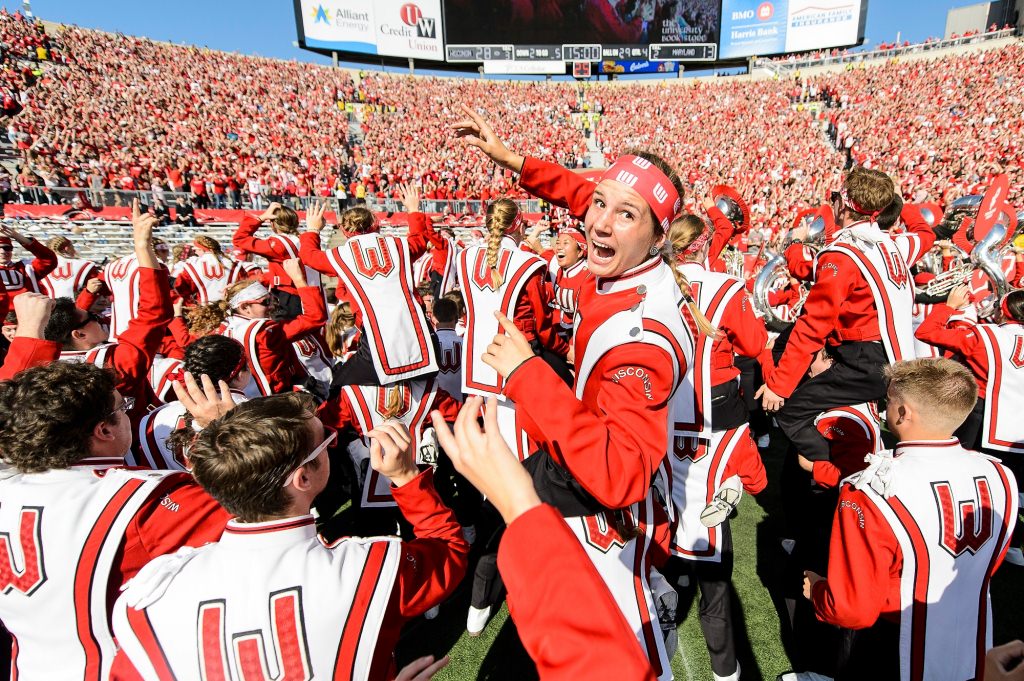 Members of the UW Band take part in Jump Around at the start of the fourth quarter. Photo: Bryce Richter

The Wisconsin Badgers and the Michigan Wolverines first played each other in Madison in 1892, with the Wolverines winning the matchup 10-6.

Whatever the outcome, it looks like a beautiful fall Saturday for football.

Here are six tips to get the most out of your game day: