Five UW–Madison graduate students and one postdoctoral scholar are to be inducted into a national honor society that recognizes outstanding scholarly achievement and promotes diversity and excellence in doctoral education and academia.

The honorees study a wide range of topics, from infant nutrition to public perceptions of frac sand mining. One explores how an individual’s social network influences substance abuse behavior. Another examines the relationship between maternal depression and child problem behavior. 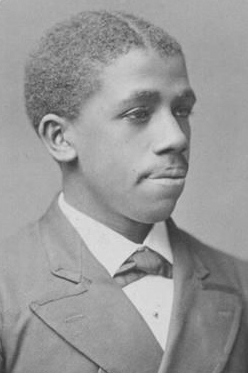 Edward Alexander Bouchet was the first self-identified African-American to receive a doctoral degree in the United States. Photo: Yale University

The six — Albert Burgess-Hull, Rastafa Geddes, Natalie Guerrero Cofie, Evelyn Hammond, Alexandra MacMillan Uribe, and Nadia Khan — were inducted into the UW–Madison chapter of the Edward Alexander Bouchet Graduate Honor Society in a ceremony held March 14 at the University Club. The new members also will be inducted into the national Bouchet Society at its conference, hosted by Yale University, April 7-8.

The Bouchet Society is named for the first self-identified African-American to receive a doctoral degree in the United States, who earned a doctorate in physics from Yale in 1876. Yale University and Howard University founded the society in 2005 to recognize this achievement and to promote diversity and excellence in doctoral education and the professoriate. Bouchet Society members are selected based on their demonstration of CLASS: Character, Leadership, Advocacy toward students underrepresented in the academy, Service, and Scholarship.

The UW–Madison Graduate School formed a chapter in 2010. Each year, the school sponsors a limited number of graduate students and postdoctoral researchers to become members of the national Bouchet Society, which now has 15 campus chapters.

Bouchet Society members are selected based on their demonstration of CLASS: Character, Leadership, Advocacy toward students underrepresented in the academy, Service, and Scholarship.

Bouchet members benefit from being part of the organization through opportunities to network with diverse scholars, both on campus and as part of the national Bouchet Society network. Membership also allows students and doctorate-holders to reaffirm their lifetime commitment to the five Bouchet qualities.

“This is one of my favorite activities every year because preparing for it gives me an opportunity to get to know much more about the amazing academic and community work our graduate students and postdocs are doing,” says McAfee. 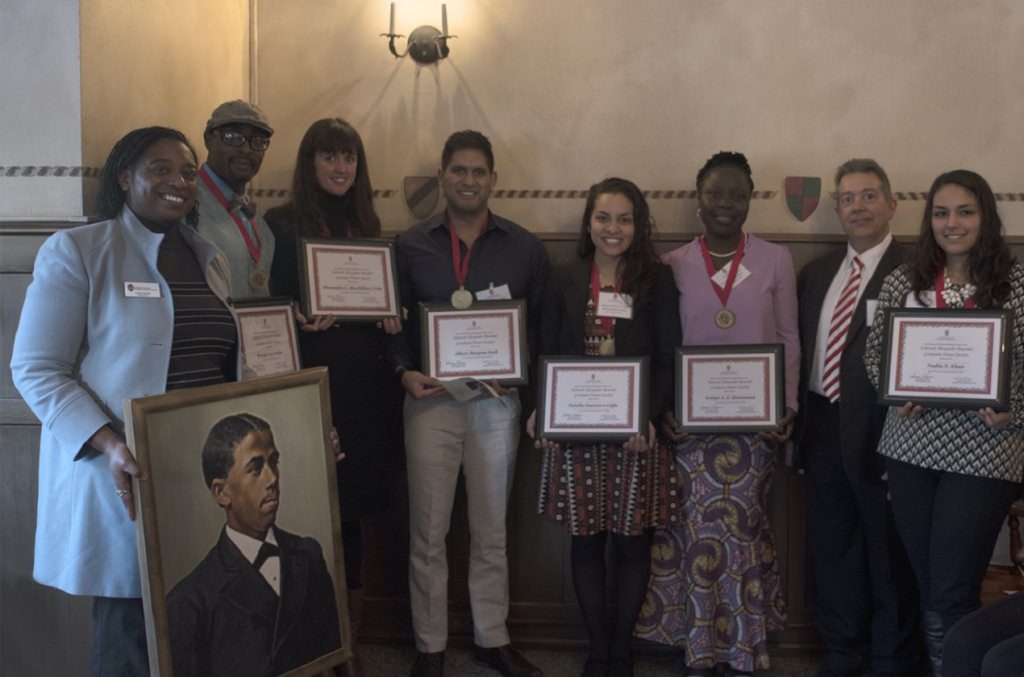 The 2017 UW–Madison inductees include: 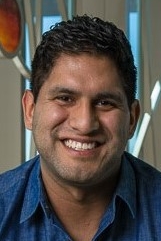 Albert Burgess-Hull, a doctoral candidate in human development and family studies in the School of Human Ecology. Burgess-Hull studies how an individual’s social network influences substance use behaviors. He has received a number of awards and research funding from both regional and national outlets. He is currently a Social Networks and Health Fellow at the Duke Network Analysis Center at Duke University, where he is working with collaborators to examine how marijuana use spreads within the social network. He has helped organize a number of community outreach programs and professional development activities for students, and is a strong advocate for underrepresented groups at UW–Madison. 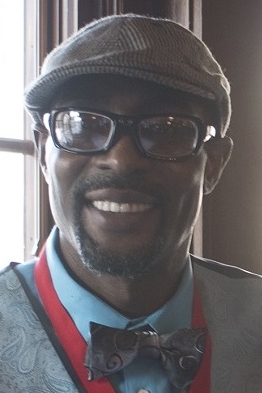 Rastafa Geddes, a postdoctoral scholar in the Division of Geriatrics and Gerontology in the Department of Medicine. His research background includes many of the experimental and neurosurgical techniques and biomedical procedures involved in traumatic brain injury and neurohormone treatment. Geddes is an alumnus of the Ronald E. McNair Postbaccalaureate Achievement Program and, as an underrepresented minority in the biomedical field, mentors youths with a similar backstory who are interested in learning more about biomedical research —  more specifically, TBI and aging-related neurological disorders. Geddes has dedicated his career not only to researching therapies for neurological diseases, but to providing similar opportunities that were afforded to him as an impoverished youth. 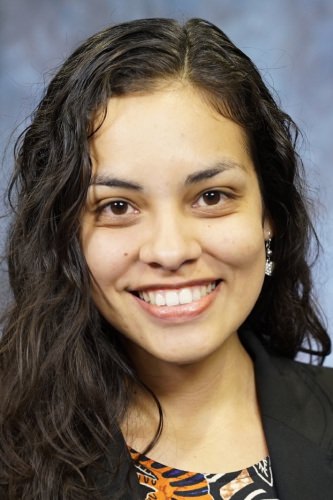 Natalie Guerrero Cofie, an M.D./Ph.D. candidate in the Medical Scientist Training Program. She is pursuing a doctorate in population health sciences. Her research interests include racial/ethnic health disparities in maternal and child health, as well as poverty and immigrant health. Guerrero Cofie has been the lead author of manuscripts in these research areas, publishing her work in multiple peer-reviewed journals, including the Wisconsin Medical Journal and Preventing Chronic Disease. In her dissertation, she examines the relationship between maternal depression and child problem behavior. Her career goal is to serve economically disadvantaged communities as a primary care physician and lead research that aims to improve the health of these populations. 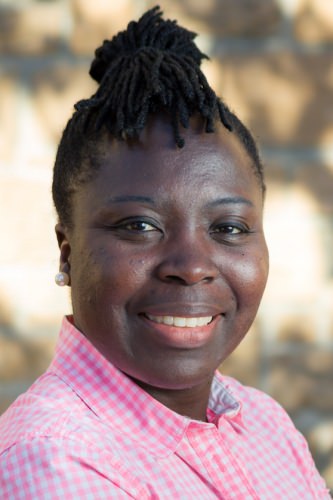 Evelyn Hammond, a doctoral candidate at the Nelson Institute for Environmental Studies. Her dissertation explores public perceptions of frac sand mining in western Wisconsin. Preliminary results of her research were presented at the International Symposium on Society and Resource Management in the summer of 2016. Hammond seeks to inform state and national policy on frac sand mining as well as worldwide policy on mineral and nonmineral resource management through her research. In April 2016, she was inducted into the UW–Madison Teaching Academy as a Future Faculty Partner. After her Ph.D. program, she will pursue a career in teaching and research in higher education to contribute to scholarship in natural resources management. 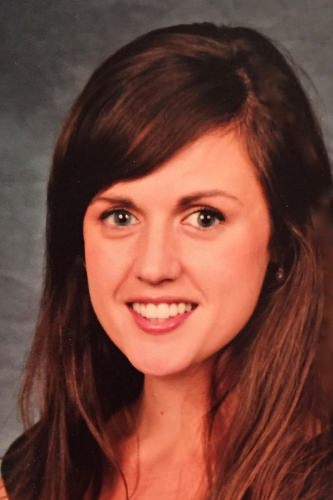 Alexandra MacMillan Uribe, a doctoral candidate in the interdisciplinary graduate program in nutritional sciences. She became a registered dietitian after completing her dietetic internship through the University of Michigan. Her experience interning for the Special Supplemental Nutrition Program for Women, Infants, and Children and her commitment to resolving health disparities inspired her to shift her research focus to maternal and infant nutrition among low-income populations. She investigates the mother-infant dyad relationship and how the food environment, created and controlled by the mother, influences maternal and infant nutrition and health outcomes. MacMillan Uribe is dedicated to service within her community, helping low-income women learn about nutrition and make beneficial dietary changes. 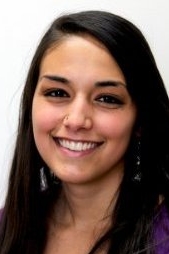 Nadia Khan, a doctoral candidate in the cellular and molecular biology graduate program. She is currently a member of Avtar Roopra’s lab, where she focuses on how gene expression in the brain can become reprogrammed after events like traumatic brain injury, which can lead to epilepsy long-term. Khan serves as co-chair of the Science and Medicine Graduate Research Scholars (SciMed GRS) Outreach Committee, as course instructor for the PEOPLE program, and as a member of the SciMed GRS Peer Mentoring Committee, where she helps first-year underrepresented students navigate the first year of graduate school. Khan’s long-term goal is to become a tenured professor at a research-intensive university and begin her own lab studying gene regulation in cognition and memory loss in Alzheimer’s disease.

The Graduate School would additionally like to acknowledge its appreciation for Bouchet Society support from the vice provost and chief diversity officer, who provides professional development awards to all inductees.