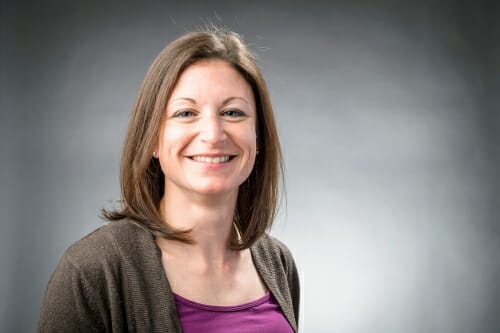 The award, in the long-form category, will be presented on Oct. 26, during the ScienceWriters2019 meeting in State College, Pa.

“I’m incredibly proud of the work we performed as a team to produce Origins, the most ambitious storytelling project University Communications has undertaken in a long time, and I’m grateful for the opportunity,” said Tyrrell, a science writer and interim director of research communication at the University Communications.”I’m also honored to be recognized by the National Association of Science Writers for the hard work that public information officers and institutional science writers like me put in day in and day out to share critical science with the public.”

Commenting on “Origins,” the judges stated: “The writer crafted a compelling and accessible narrative from three complex origin stories: of galaxies, of life on Earth, and of humankind. In this ambitious and deeply researched storytelling project, there’s something for everyone, from the general public to the science-savvy. Tyrrell artfully renders the immensity of the universe and its emerging life forms in a way that’s unintimidating and yet awe-inspiring. ‘Origins’ reminds us what institutional writing can and should be.”

First granted in 2018, the NASW Excellence in Institutional Writing Award was established to recognize high-caliber publicly accessible science writing produced on behalf of an institution or other non-media organization. The current year was the first that long-form and short-form entries were considered separately.

The winner in the short-form category was “Quantum Information Systems Will Revolutionize Computing… as Soon as We Figure Out How to Make Them,” by Laura Castañón, Northeastern University.

Tyrrell has been at University Communications since 2014, covering a broad array of research on campus, from geoscience to limnology, to veterinary medicine and atmospheric science. She has also been involved in a variety of outreach efforts, including as co-leader of an Ira and Ineva Reilly Baldwin Wisconsin Idea Grant at Aztalan State Park with Professor of Anthropology and department chair, Sissel Schroeder, and as one of the founders of Science on Tap–Madison.

She studied zoology in college at the University of Florida and first came to UW–Madison as a graduate student in the Cellular and Molecular Biology Program, studying under Integrative Biology Professor Kurt Amann. In 2011, she was an American Association for the Advancement of Science Mass Media Science and Engineering Fellow at the Chicago Tribune before working as a health and science reporter at the News Journal (Gannett) in Wilmington, Delaware.

Origins, she says, was truly a team effort and she’s looking forward to what the team does next.