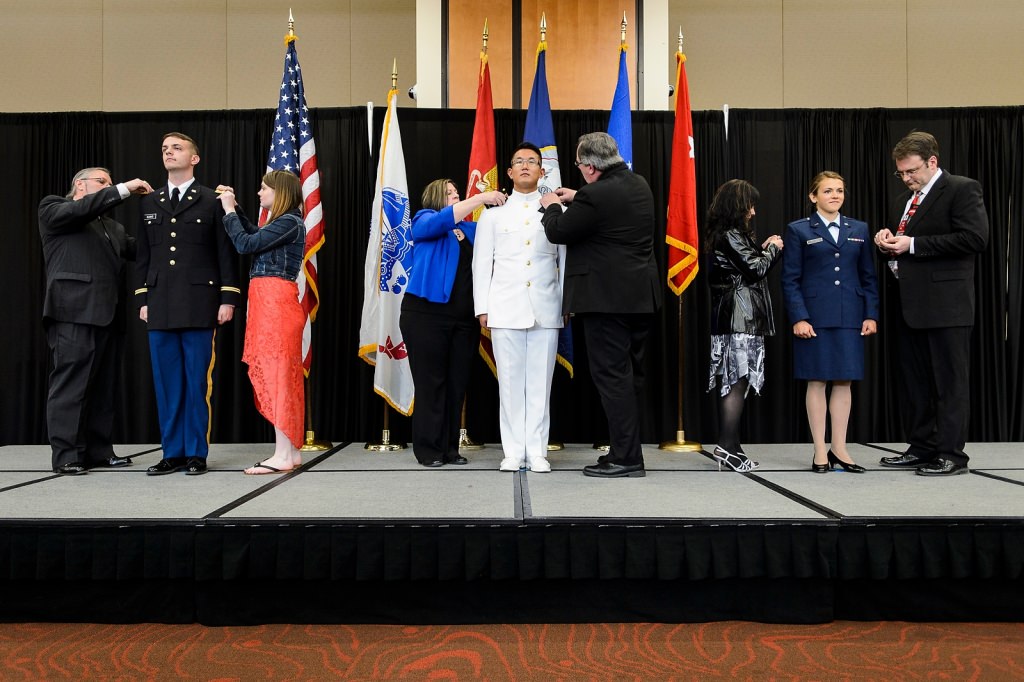 On Saturday, military officials honored 34 cadets and midshipmen for completing the Reserve Officers’ Training Corps (ROTC) program during their studies at UW–Madison.

The group of graduates are future leaders in the U.S. Army, Marine Corps, Navy and Air Force. The newly commissioned officers will continue their training and disperse throughout the country and the world to various bases and vessels.

One of those graduates is 2nd Lt. Austyn Chervenka of Denmark, Wisconsin, who will serve as an engineer officer in the Wisconsin Army National Guard while training to become a nurse practitioner. 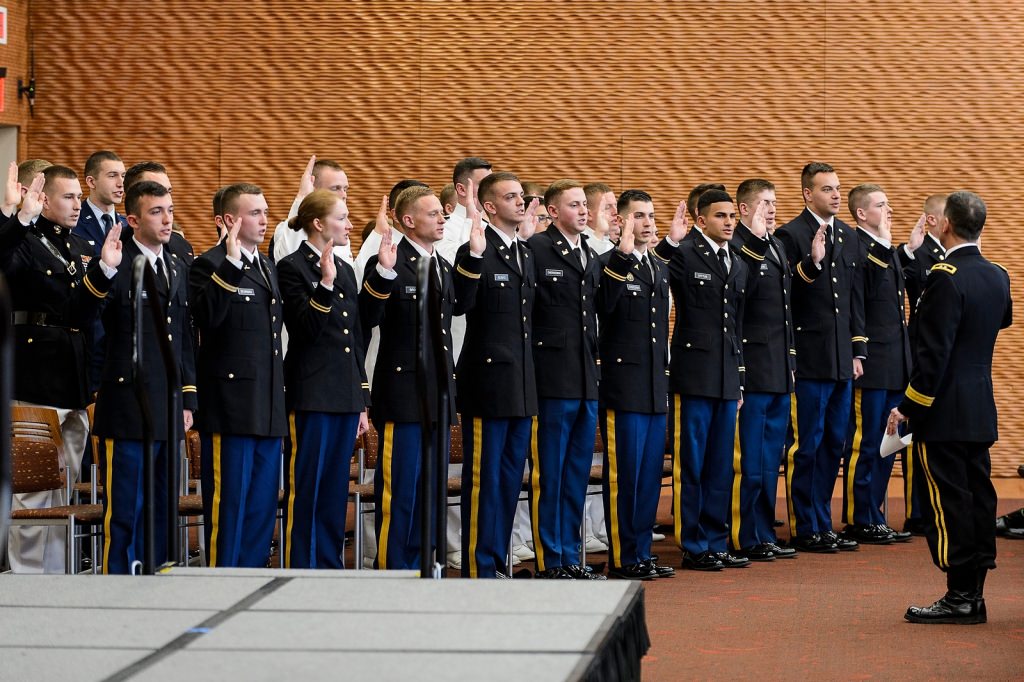 “ROTC has enriched my college experience by providing me with both student and faculty mentors who genuinely care about my success,” says Chervenka. “ROTC has given me the leadership skills and confidence I need in order to achieve my professional goals.”

The guest speaker was Maj. Gen. Daniel Ammerman, commander of the U.S Army Civil Affairs and Psychological Operations Command at Fort Bragg, North Carolina. His son, Kenneth, was among the officers commissioned to the Army.

“It’s been 34 years since I walked across a stage similar to this,” said Ammerman. “I couldn’t possibly have imagined what a life of service to our country would have brought me over the course of these years.” 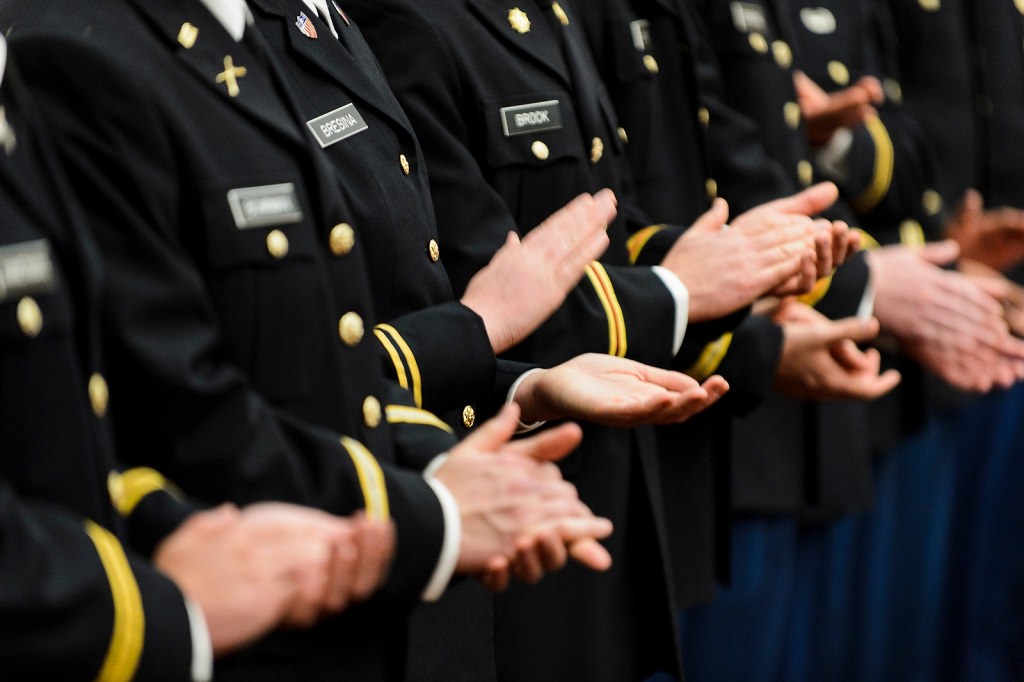 Ammerman stressed the importance of UW–Madison’s education in helping mold the minds of the young officers, citing the need for adaptability and critical thinking in any leader.

“You represent the 1 percent of our society that stands up and defends our country,” Ammerman said to the room of fresh graduates.

President Woodrow Wilson established the ROTC program with the passage of the National Defense Act of 1916. Although military training had taken place at colleges around the country well before 1916, this nationalized the process into one centralized entity.

ROTC produces more officers than any other organization within the United States military.