An extensive renovation project at the Red Gym has enhanced several student programming spaces and improved the offices for some of the university’s key diversity initiatives.

Major elements of the nine-month project included the relocation and expansion of the Gender and Sexuality Campus Center, upgrades to two student identity centers, and improvements to the offices and meeting areas of the Posse Program, the Office of Multicultural Arts Initiatives, and the First Wave Spoken Word and Hip Hop Arts Learning Community.

“This project is part of our ongoing commitment to invest in spaces where students can feel at home and where they can find and build community,” says Gabe Javier, associate vice chancellor for student affairs in the area of inclusion and identity.

The Gender and Sexuality Campus Center, which supports LGBTQ+ students and their communities, remains on the first floor of the Red Gym but has moved to space that previously housed the Arpad L. Masley Media Room. The center, which serves 50-75 students daily, had outgrown its current space. The move roughly doubles the center’s size.

Improvements include a lounge, enclosed offices for the center’s four full-time staff members, a private area for students to meet with mental health professionals, and a meeting room large enough for classes. The meeting room will be available for events hosted by the dozen or so LGBTQ+ student organizations on campus. 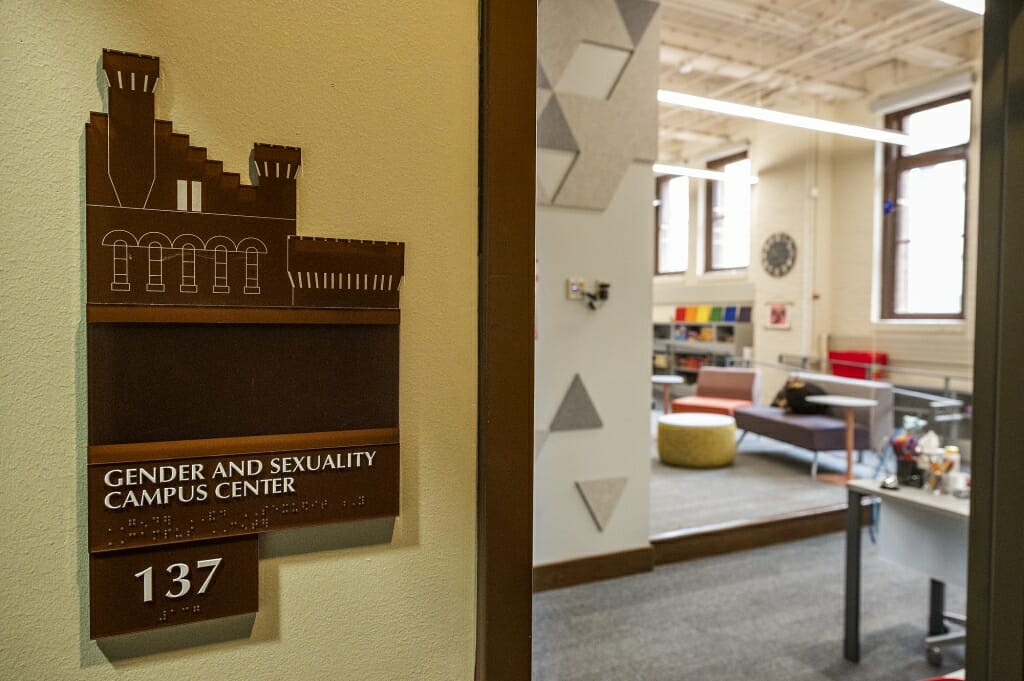 “This feels like further institutional investment in the students we see every day and further recognition of the impactful work we do,” says Assistant Dean Warren Scherer, center director. “While the center has been on this campus for 28 years, this invites us to look ahead at the next 28 years, and that excites me.”

A centerpiece of the new space will be an art instillation by Jeanette Martín, a Milwaukee-based artist and UW–Madison alumna. The piece is being privately funded through a donation from the family of Paul Ginsberg, a former dean of students.

Another part of the remodeling project continues the university’s commitment to two relatively new student identity centers within the Red Gym: the Latinx Cultural Center and the APIDA (Asian Pacific Islander Desi American) Student Center. The centers opened in the fall of 2018, but as “startups” that lacked staff or finished spaces. 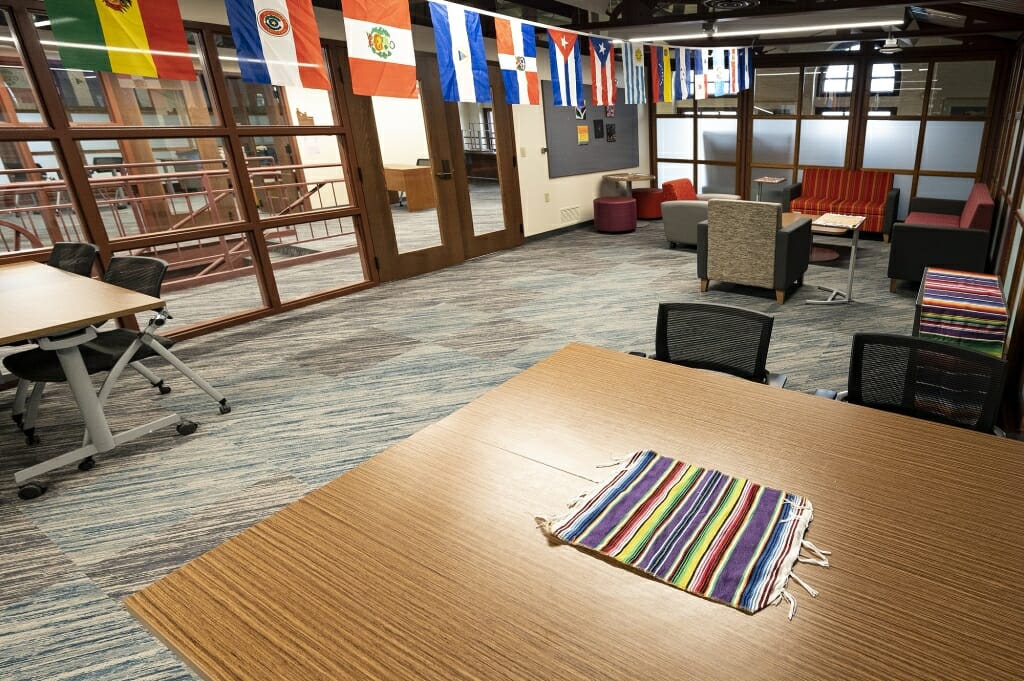 Both centers remain on the North Mezzanine level of the Red Gym’s second floor, but they now have newly remodeled, furnished space. And, as of last year, each has a designated full-time staff member.

“Our identity centers provide crucial programming, resources and support for students whose needs have not otherwise been met by existing structures within our institution,” says Claudia Guzmán, an assistant dean and director of the Multicultural Student Center. “These spaces are designed to foster identity development and community building in an effort to enhance the Wisconsin Experience for underrepresented students of color.”

Guzmán notes that both the Latinx and APIDA identity centers were born of student activism.

“I’m pleased that the university is confirming their value through the staffing allocations and the remodeling project,” she says. 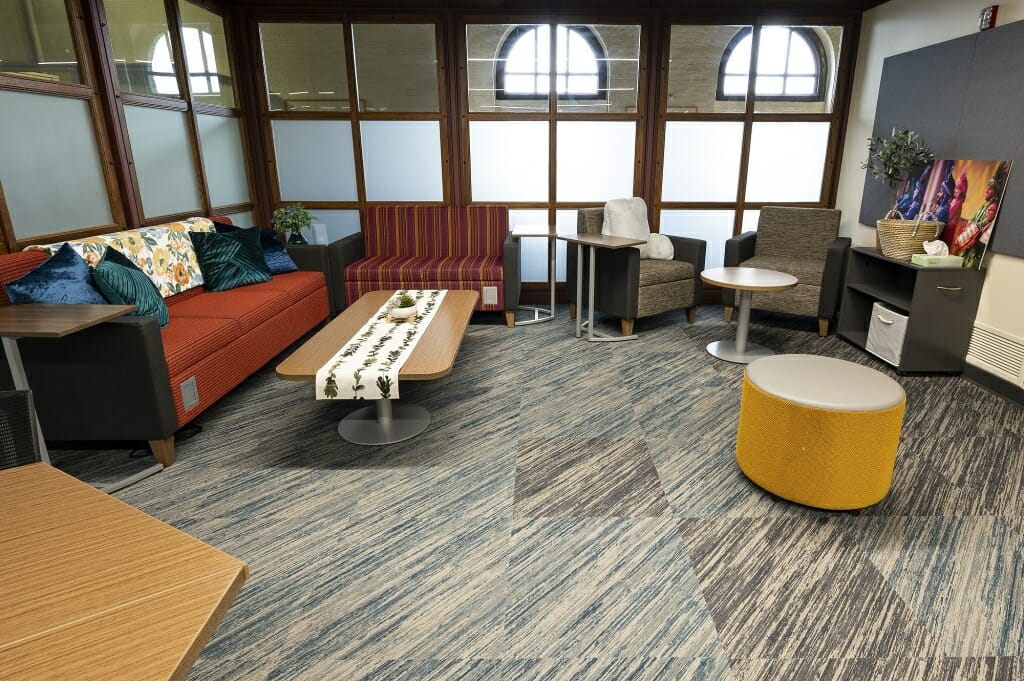 The remodeling project also includes upgrades to space on the second floor that houses the Posse Program, First Wave, and the Office of Multicultural Arts Initiatives. The space now has more offices, a conference room, a new computer area, a study space, and new carpet and furniture. The programs are part of the Division of Diversity, Equity and Educational Achievement.

Additionally, the remodeling project includes significant sound-baffling on the second floor to reduce airborne sound in the largely open area.