For a senior project last year, UW–Madison student Arden Jiaxin He marshaled multiple databases to study how the integration of public housing in Chicago in the 1950s impacted nearby housing prices.

It was an impressive accomplishment for any scholar, especially one as young as Arden, says Jesse Gregory, an associate professor of economics and Arden’s senior thesis adviser.

“Arden managed to ask a really interesting question and then pursue it with hard work, creativity and statistical analysis,” Gregory says. “It was the full package, and it was wonderful.” 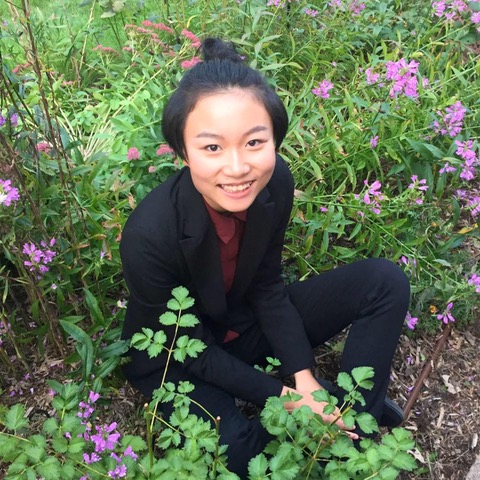 A talented pianist who became a member of Mensa at age 13 and earned a perfect score on the ACT, Arden excelled at academics and extracurricular activities from an early age. Contributed photo

Arden, who passed away on March 2 at age 19, is being remembered by the campus community as a prolific scholar who brought a fierce intellect and an empathetic spirit to academic work. A graduate of Stevens Point Area High School, Arden entered UW–Madison in the fall of 2018 at age 16 and was triple-majoring in data science, economics and mathematics.

“This was someone with extraordinary talent,” says Steven Ridgely, an associate professor of modern Japan studies.

Ridgely first taught Arden in a modern Japanese literature class for undergraduates. Later, he invited Arden to take a graduate-level seminar. Much of the reading was in Japanese, a language Arden hadn’t studied.

“This was a course far outside Arden’s field, yet they were a full participant — and, I would say, a leader — in the course,” says Ridgely. “Arden always elevated the debate while still being incredibly generous.”

Arden was affiliated all four years of college with the Kaufman Lab at UW–Madison, initially as a coder and later as a data analyst on several award-winning projects. The lab, in the Department of Planning and Landscape Architecture, studies and designs food systems and marketplaces.

“We were extraordinarily fortunate to have known Arden,” says Morales. “Arden was a person of great dignity, and they wanted everyone they worked with to recognize their own dignity and humanity and to share in that humanity for the common good.”

Arden was a triple-major in data science, economics and mathematics who brought a fierce intellect and empathetic spirit to academic work.

Arden was the co-author of two peer-reviewed articles, the sole author of another, and the co-author of a book chapter, according to Morales. The Kaufman Lab plans to hold a private memorial gathering and honor Arden with the posthumous title of Kaufman Fellow.

“Arden questioned everything and pushed us to think — I really loved that,” says Edna Ely-Ledesma, an assistant professor and director of the Kaufman Lab. “Arden was understated and knew how to listen, then delivered, and that’s rare.”

Arden was on the Dean’s List every semester and had started working this semester for Blueprint Labs at MIT in anticipation of transitioning into a pre-doctoral program. The highly regarded lab uses data, economics, and analytic tools to uncover the consequences of policy decisions and improve society.

In addition to having an impressive academic record, Arden was a very attentive and observant friend who enjoyed crocheting, drawing, cooking, and writing poetry, says senior Maggie Tomashek, a close friend.

“Arden was the type of person who wouldn’t let anything stop them from learning a new skill or hobby, and they had the capabilities to excel in anything that they tried,” Tomashek says.

Some of Tomashek’s fondest memories of Arden were the days they took walks by the lake or stayed in to make dinner and watch a movie. “There was so much that I learned from Arden, and they will be missed greatly,” Tomashek says.

According to family members, Arden excelled at academics and extracurricular activities from an early age. Arden was a talented pianist who became a member of Mensa, the high-IQ society, at age 13, and earned a perfect score on the ACT. Arden was nominated “Student of the Year” each year of high school and graduated as a valedictorian.

Arden was “deeply beloved” and “passed away too unexpected for us to accept,” said Arden’s parents. “Our hearts are broken into pieces.”

Arden was on track to graduate with distinction this May and to be inducted into the Phi Beta Kappa honor society. Chancellor Rebecca Blank has approved awarding Arden a posthumous bachelor of arts degree.