How does the social isolation imposed by a worldwide pandemic affect young, single people living alone?

Recent UW–Madison graduates Young Min Choi and Kaylene Zi Xin Yong created a short film, “In Due Time,” that explores that question through one woman’s experience living alone in a Madison apartment in spring 2020. Yong portrayed the woman, and Choi directed.

“In Due Time” appeared in the Wisconsin Film Festival as a part of the series of short films titled, “Wisconsin’s Only the Lonely”, which focused on life during the Covid-19 pandemic.

“I just wanted to write something that was self-contained and wasn’t going to be difficult logistically to shoot,” Choi said, “it became quickly apparent that a story about loneliness during Covid is probably one of the easier stories to tell.” 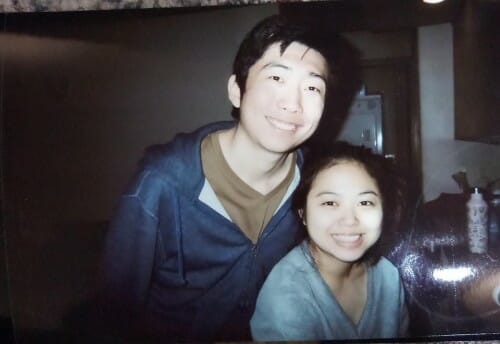 “I’ve been wanting to encourage him to do something in film because I think he is very good,” Yong said of Choi, “So I encouraged him to shoot something, [and agreed] to be his actress, [and] that’s how I pushed him to start.”

In effect, “In Due Time” was Yong’s first real experience both editing and acting.

“Most of the learning was on the fly through the internet,” Choi said. “[We were] watching LinkedIn learning videos… and following tutorials and then trying to apply it to our process.” 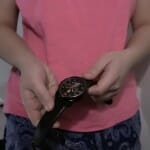 Still Image from “In Due Time”

Choi is a film-lover who watches a lot of films, which helped him pick up on some things.

“He watches interviews with film directors and gets insight into how [the film] produced,” she said.

Choi’s love for film began when he watched “The 400 Blows” by famed French director François Truffaut. It was the first black and white and non-English movie he watched where he was “completely blown away.”

While Yong starred in the film, both Choi and Yong participated in the editing and post-production process. “I feel like we kind of split [the editing] evenly because we’re both figuring it out at the same time,” Yong said.

For the post-production process, one of them would edit a portion of the film and then show it to the other person for feedback. “We worked together the whole time,” Yong shared.

While they were shooting, Choi and Yong got creative in terms of film equipment and supplies. For example, “for lighting, we just kind of grabbed lamps we had and tried out different things to see what worked,” Choi said, “We used the TV as light as well.”

Both Choi and Yong shared that their favorite part of the process was being able to see the film from the beginning to the end, and all of its changes and progression.

“I think the most satisfying part to me [is] to see what you’ve created and how it ended up,” Yong said.

They plan to continue creating films.

“We have one plan for this summer to try to do something else that involves more people,” Choi noted. Yong added, “I think that this first short film is an experimentation with what we can do, and now the second film will be an extension.”