The University of Wisconsin–Madison, along with the Wisconsin Foundation and Alumni Association (WFAA), today announced a historic addition to the All Ways Forward campaign. The Raimey-Noland Campaign will provide resources to diversity, equity, and inclusion (DEI) efforts across campus and create a new fund allowing the chancellor to support broad DEI initiatives.

The campaign aims to inspire a new era of giving and honor the past. It is named for the first known African American woman and man to graduate from UW–Madison, Mabel Watson Raimey and William Smith Noland. Both were notable firsts in campus history, and the choice to honor them aims to create a more inclusive future. 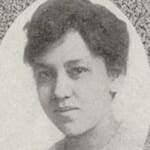 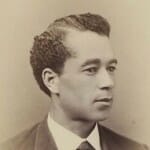 The Raimey-Noland Campaign provides opportunities for alumni, friends, community leaders, corporations, and foundations to rally around the university’s most critical needs for its diversity, equity, and inclusion initiatives. This university-wide effort will focus on five goals:

This campaign will expand upon the $10 million diversity fundraising effort announced by Chancellor Rebecca Blank in July 2020. Generous donors have committed more than $20 million for DEI initiatives since the initial announcement, inspiring an even larger effort.

“We recognize that this is the time to continue our positive momentum,” said Lou Holland, WFAA board member and chair of the campus work group that developed the campaign concept. “We believe that once our alumni and friends are aware of this important need, they will continue to offer their support.”

“We were overwhelmed with the generosity of alumni and friends who heeded a call to help make generational change to our campus possible,” said Chancellor Blank. “These efforts will increase academic support and financial aid for many of our students, help us attract and retain high-quality faculty, and expand the ways in which we nurture an inclusive community at UW–Madison.”

As the campaign begins, longtime supporters of the university have stepped up to take part in this effort. They include:

“With the help of alumni and friends, we can all help bring greater access to this world-class institution,” said Mike Knetter, Wisconsin Foundation and Alumni Association president and CEO. “We thank those who have already committed to this effort and hope they will inspire many more to follow.”

Harvey Long, who earned a doctorate from the UW’s Information School, has spent untold hours documenting the history of African American graduates of the UW, including Raimey and Noland.

“The university’s decision to name this campaign after Raimey and Noland signals a commitment to diversity, equity, and inclusion while honoring its first Black graduates,” said Long.

William Smith Noland graduated with a bachelor of arts degree in 1875 as a “prepared student in the Classical department of the University of Wisconsin.”  Noland is the first known African American to enter and graduate from the University of Wisconsin. He was a member of the Hesperian Society, a campus literary club, and elected class poet by his peers. Noland briefly attended law school at the UW.

“Unfortunately, neither Raimey or Noland have any known descendants that can help share their stories with future generations,” said Knetter. “We hope by naming this effort in their honor that WFAA and UW–Madison can both continue the legacies of Mabel Raimey and William Noland and create a more inclusive future at UW–Madison.”