A solid oxide fuel cell is essentially an engine that provides an alternative way to burn fossil fuels or hydrogen to generate power. These fuel cells burn their fuel electrochemically instead of by combustion, and are more efficient than any practical combustion engine.

As an alternative energy technology, solid oxide fuel cells are a versatile, highly efficient power source that could play a vital role in the future of energy. Solid oxide fuel cells could be used in a variety of applications, from serving as a power supply for buildings to increasing fuel efficiency in vehicles.

However, solid oxide fuel cells are more costly than conventional energy technologies, and that has limited their adoption. 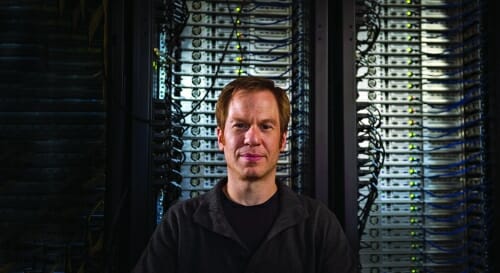 “Better cathode catalysts can allow lower-temperature operation, which can increase stability and reduce costs, potentially allowing you to take your building off the electrical grid and instead power it with a solid oxide fuel cell running on natural gas,” says Dane Morgan, a materials science and engineering professor at UW–Madison. “If we can get to that point with solid oxide fuel cells, the infrastructure of power to many buildings in the country could change, and it would be a very big transformation to a more decentralized power infrastructure.” 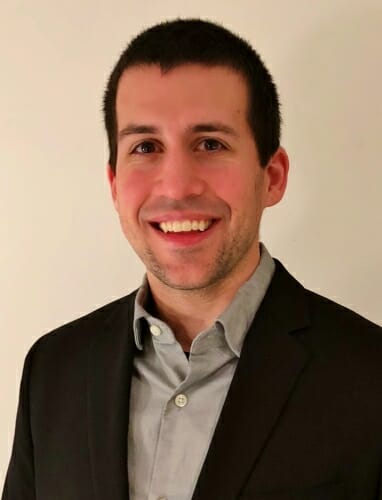 Led by Morgan and Ryan Jacobs, a staff scientist in Morgan’s research group, a team of UW–Madison engineers has harnessed quantum mechanics-based computational techniques to search for promising new candidate materials that could enable solid oxide fuel cells to operate at lower temperatures, with higher efficiency and longer lifetimes.

Their computational screening of more than 2,000 candidate materials from a broad class of compounds called perovskites yielded a list of 52 potential new cathode materials for solid oxide fuel cells.

The researchers published details of their advance recently in the journal Advanced Energy Materials.

“With this research, we’ve provided specific recommendations of promising compounds that should be explored further,” says Morgan, whose work is supported by the U.S. Air Force and the National Science Foundation. “Some of the new candidate cathode materials we identified could be transformative for solid oxide fuel cells for reducing costs.”

In addition to identifying new materials, the researchers’ approach allowed them to codify material design principles that had previously been based on intuition and to offer suggestions for improving existing materials.

To achieve this goal, the researchers set out to find stable compounds with high activity to catalyze the oxygen reduction reaction, a chemical process key to solid oxide fuel cell energy applications.

“If you can find new compounds that are both stable under the operating conditions of the fuel cell and highly catalytically active, you can take that stable, highly active material and use it at a reduced temperature while still achieving the desired performance from the fuel cell,” explains Jacobs, who was the lead author of the study.

However, using computational modeling to quantitatively calculate the catalytic activity of a perovskite compound is prohibitively difficult because of the high complexity of the oxygen reduction reaction.

The UW–Madison researchers are collaborating with a group at the National Energy Technology Laboratory (NETL), which conducted initial testing on one of the team’s candidate cathode materials.

“This research is ongoing, but the early tests by our NETL collaborators found the material to be quite promising,” Morgan says.

Morgan says this project is an example of the kind of advances that are aided by the Materials Genome Initiative, an ongoing national effort that aims to double the speed with which the country discovers, develops and manufactures new materials.

“This project integrated correlations from experiments with online digital databases and high-throughput computational tools in order to design new solid oxide fuel cell materials, so it’s exactly the kind of thing that gets enabled by the infrastructure and approaches that have been developed and put in place by the Materials Genome Initiative,” Morgan says. 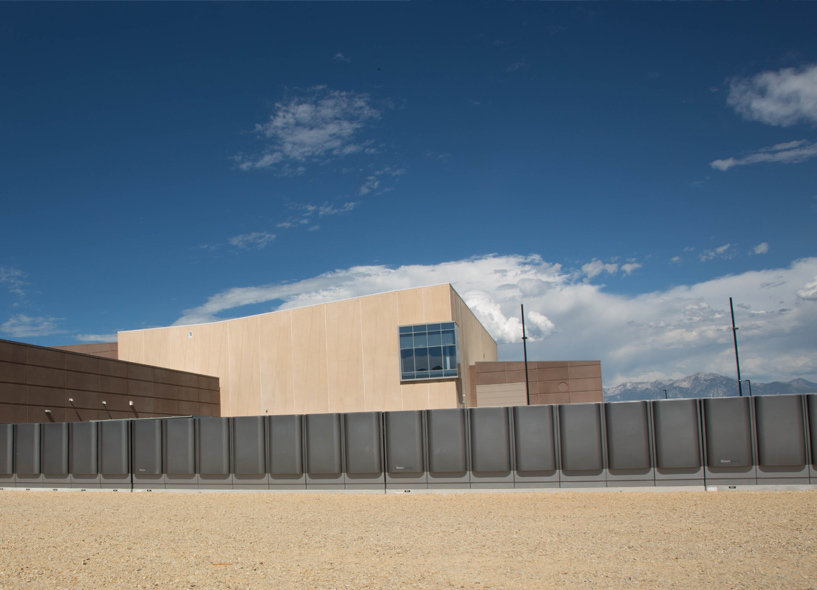