A University of Wisconsin–Madison gynecological surgeon is testing an educational program to reduce or prevent incontinence in women in southern and central Wisconsin.

“Both fecal and urinary incontinence are surprisingly common,” says Heidi Brown, an assistant professor in the School of Medicine and Public Health, “but they’re stigmatized – so nobody wants to talk about them. Still, surveys find that as many as 60 percent of women above age 55 have one or the other, and they can have a serious impact on the quality of life.”

Brown and colleagues are recruiting 120 women in Wisconsin to take part in a study testing an educational program called “Mind Over Matter” that explores the causes, prevention and treatment of both types of incontinence. 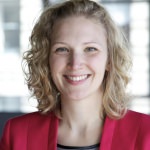 “Although incontinence can signal something serious, in many cases, it can be treated by simple changes in behavior,” says Brown, “including pelvic-floor exercises, and changes in diet and fluid intake.”

The study will randomly assign women to receive the program (three sessions of two hours apiece) before or after taking a survey on symptoms, and is intended to test whether Mind over Matter can reduce symptoms. The classes will occur at senior centers in Baraboo, Grafton, Viroqua, Coloma, Westfield Village, Oregon, Fitchburg, and Middleton.

Brown became interested in the subject after being invited to analyze survey data about the prevalence of fecal incontinence as a fellow at the University of California, San Diego. “I had no idea the condition was so common,” she says. “In that survey of about 5,500 women aged 45 and up, over 1,000 had fecal incontinence. I thought there was some kind of mistake, but that just shows how little we talk about it.”

Many women reported negative experiences with health care providers, she added. “Women said, ‘I brought this to a doctor, and it was like I had not said anything.’ In fact, less than one-third of women have sought care for the condition.”

After Brown moved to Madison to become an assistant professor of urogynecology, she set out to find out why women were not seeking care. Members of her first focus group were so “hungry to share” that it ran far beyond the scheduled 90 minutes, she says. “It was clear there was something here. There was a lot of self-blame: ‘Why is this happening to me?’”

In a survey of primary care providers in Wisconsin, Brown “found a surprising number who did not know what to do with fecal incontinence, and a very high interest in educational tools for patients and providers.”

Mind over Matter is inspired by the Canadian program, and it is still recruiting women with symptoms in Grafton and Baraboo for the course. The strategy is to train trainers to deliver the information and encourage participation. “If it works, we want any senior center in Wisconsin, or America, to be able to send somebody from the community to be trained to offer Mind over Matter.”

One key to success is reducing tension, says Meg Wise, a qualitative researcher at the School of Pharmacy who is helping evaluate Mind over Matter. “Every group is different, but people come in a little nervous. The facilitator creates a welcoming, safe environment, and over time, people make jokes and start giving each other tips, so they relax into learning how to control their symptoms. The program is not focused so much on symptoms as on things they can do to relieve them, such as changing diet, fluid intake and exercise. People realize they are in it together.”

Most women can improve without surgery or medicine, says Brown, who specializes in female pelvic medicine and reconstructive surgery. “We look for the least invasive, least risky things that could potentially improve symptoms. Clearly, some women will have to consult a physician.”

Brown admits that it may seem ironic for a reconstructive surgeon to promote self-management rather than surgery, but says, “People who need surgery will still need surgery, but I hope this program will help more women than I could possibly help one-on-one.”

To inquire about the study, contact Dr. Brown at Hwbrown2@wisc.edu.

Research related to Mind over Matter is funded by the Wisconsin Partnership Program, the National Institute of Diabetes and Digestive and Kidney Diseases, and the UW Department of Obstetrics and Gynecology, and is supported by the Wisconsin Institute for Healthy Aging’s Community-Academic Aging Research Network, part of the Institute for Clinical and Translational Research.