‘Parkland: Birth of a Movement’ will be next Go Big Read book

Dave Cullen spent 10 years writing and researching “Columbine,” a book about the school shooting at Columbine High School in Colorado that left 15 people dead and 24 injured.

“I swore I could never go back,” Cullen writes. “I could never plunge back into the scene of the crime while the wounds were still raw. Nor could I bear the prospect of documenting horror another time.”

And yet he has written “Parkland: Birth of a Movement,” the story of another shooting, which took the lives of 17 people at Marjory Stoneman Douglas High School in Parkland, Florida. 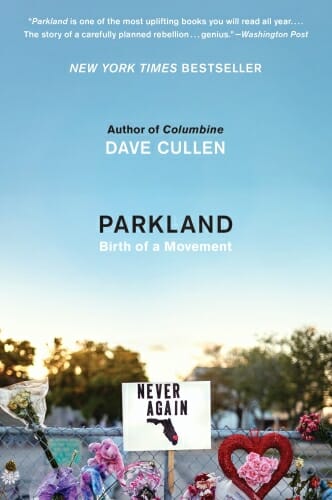 In “Parkland,” Dave Cullen refuses to name the killer and instead focuses on the response by students. “These kids chose a story of hope,” Cullen says.

This story is different. While there are strains of sadness, Cullen writes in the book’s prologue it isn’t an account of grief.

“These kids chose a story of hope,” Cullen says.

In “Parkland,” Cullen refuses to name the killer and instead focuses on the response by students. After the shooting, Parkland students organized the largest single-day protest against gun violence in history. March for Our Lives now has hundreds of chapters across the country, all with students leading the charge for change. The organization has been active in encouraging young people to vote and work with elected officials and communities to reduce gun violence.

“As a generation of kids who have grown up with Code Red drills in schools, having a Go Big Read book that starts a dialogue, not only about school safety, but also the actions that students can take, I think, is really important in today’s climate,” says Olivia Poches, an English major who served on the book selection committee.

“Parkland” has been included in numerous best books of 2019 lists by Vanity Fair, The Washington Post, NPR Books, Goodreads and more.

“Both realistic and optimistic, this insightful and compassionate chronicle is a fitting testament to a new chapter in American responses to mass shootings,” Publishers Weekly said.

“One of the most uplifting books you will read all year,” according to The Washington Post. 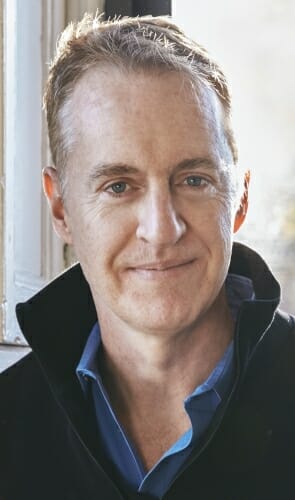 After writing “Columbine.” Cullen thought he could “never plunge back into the scene of the crime while the wounds were still raw.” And yet he has written “Parkland: Birth of a Movement,” about another school shooting.

“‘Parkland’ demonstrates how young people can be leaders of change and look for solutions to issues that directly impact their lives,” says Chancellor Rebecca Blank. “UW–Madison has a long history of activism by students that has raised important issues and brought about positive changes to our campus.

“One of the goals of Go Big Read is to choose books that generate conversations about challenging and timely topics. At this moment in time, in the midst of a health pandemic, it’s good to see how tragic events in the past have inspired action and change among those who live through them.”

Go Big Read events connected to the book are expected to include include a visit from Cullen and a representative of March for Our Lives.

Planning is underway for how students, faculty and staff will use the book in classrooms and for special events. Copies of the book will be given to first-year students at the Chancellor’s Convocation for New Students and to students using the book in their classes. UW–Madison instructors or event planners interested in using the book can immediately request an e-review copy.