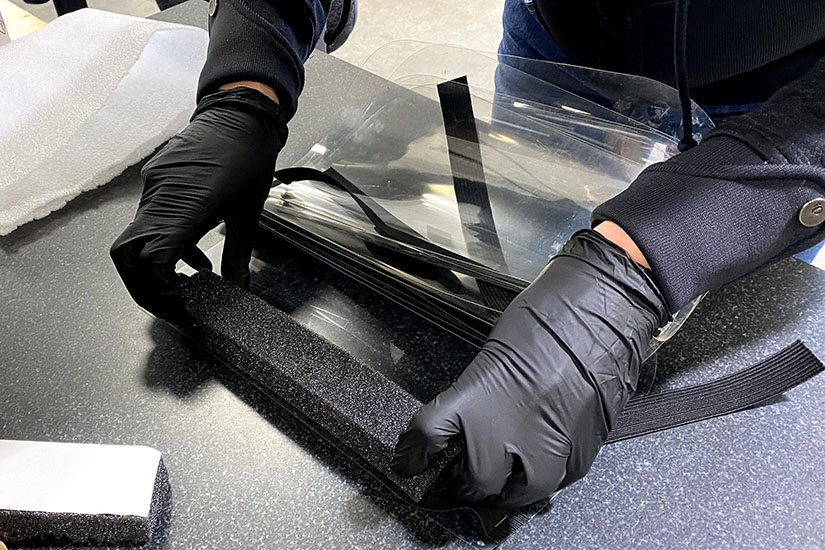 A worker assembles a face shield at Midwest Prototyping in Blue Mounds, Wisconsin, one of more than 120 manufacturers available to produce shields as part of a new online matching platform created by a team from UW–Madison’s College of Engineering and the UCLA Anderson School of Management. Photo courtesy of Jesse Darley, Delve Design

Hospitals around the world are scrambling to secure enough personal protective equipment to safeguard their workers while treating COVID-19 patients, and manufacturers large and small are retooling their production lines to try to fill the gap.

But that still leaves a huge logistical challenge: matching up the right suppliers with the right buyers.

University of Wisconsin–Madison engineers have created an automated online platform that has already facilitated hundreds of those connections. The project is an outgrowth of the university-industry collaboration that created the Badger Shield, an open-source design for medical face shields that’s now being used by manufacturers around the country, including Ford.

Within a week, the team’s new online system had already helped New York City find a manufacturer to supply the city’s hospitals with millions of shields. 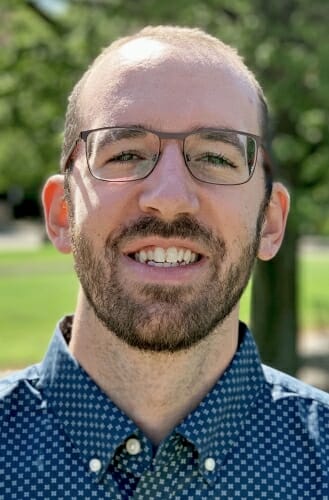 Justin Boutilier, a UW–Madison assistant professor of industrial and systems engineering, and Rebecca Alcock, a master’s student in biomedical engineering, are leading the project in collaboration with Auyon Siddiq, professor at the University of California, Los Angeles Anderson School of Management.

Their system uses an optimization model that equitably matches buyers and sellers based on order quantity and urgency, production capacity and geographic location.

So far, more than 100 organizations — mostly health care facilities, but also the U.S. Postal Service, fire departments, homeless shelters, nursing homes and more — have requested more than 6 million face shields using an online form. Drawing on a network of more than 120 manufacturers that range from small shops to established companies like Kohler and some as far away as Australia, the platform has yielded more than 230 matches totaling 1.8 million shields.

“We’ve seen requests come in from some really high-urgency places, and that goes all the way to some of the hot spots in New York, California, Washington and New Jersey,” says Alcock.

The effort emerged out of necessity as a flurry of health care organizations and manufacturers expressed interest in purchasing or producing the Badger Shield through the website of the UW–Madison College of Engineering’s makerspace, the Grainger Engineering Design Innovation Lab. Lennon Rodgers, director of the makerspace, helped launch the shield collaboration, and Alcock, a graduate assistant, began manually matching hospitals with potential suppliers.

“That quickly became too much to do by hand,” says Alcock, who messaged Boutilier, the professor for Alcock’s health systems engineering course this semester and an operations researcher with a track record of applying optimization models to health care questions.

He jumped at the chance to contribute amid the COVID-19 pandemic and recruited Siddiq, a friend from his graduate studies at the University of Toronto. Within days, they had developed an optimization model, which they’re continuing to refine as more orders come in. 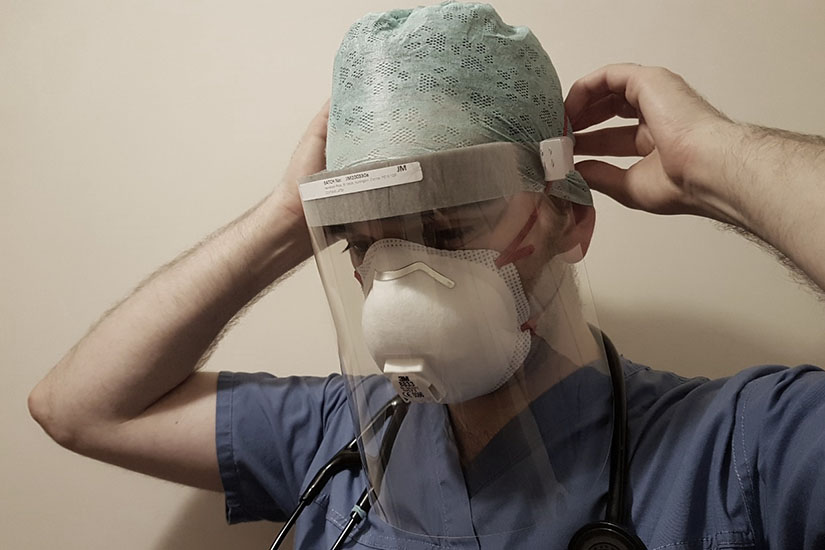 Every few days, the group runs its model, which generates pre-written emails connecting potential buyers with manufacturers who can fill their orders. Buyer and seller take it from there, allowing for the kind of direct interaction that Boutilier hopes will avoid the kinds of bidding wars that have plagued states while trying to buy equipment.

He also sees the system as a way to meet the needs of smaller rural hospitals that may otherwise have trouble securing supplies, while at the same time providing a timely financial boost to manufacturers that would likely be closed during the pandemic.

“We’ve had manufacturers reach out and tell us, ‘We were able to keep employees on the line, because we’re switching to this,’” says Boutilier.

The team plans to draw on its data, along with publicly available figures on COVID-19 cases, to develop machine learning models that could forecast future demand. The platform could also readily transition to other equipment or even scenarios beyond the current pandemic.

“This model could definitely just plug and play with the different personal protective equipment, different tools and different sets of customers,” says Alcock. “It could be super useful in the future, too, for situations like hurricane events on the coast or whenever there’s this rapid increase in the demand of a certain product.”