Executive Director of UW Hillel Greg Steinberger says he thinks students are living in a time of increased tension — something he wants to work toward easing with a new seminar.

“I think people feel a raw discomfort at the moment in society, where there’s this polarization, or there’s this intensity everywhere we turn about race, or ethnicity, or immigration,” Steinberger says.

With the aim of bringing students with different backgrounds together, Steinberger reached out to the new Center of Religion and Global Citizenry to form a five session seminar on race, faith and civic responsibility called the “Necessity of Now.” The program has now accepted 21 applicants, and the seminars started Feb. 8. 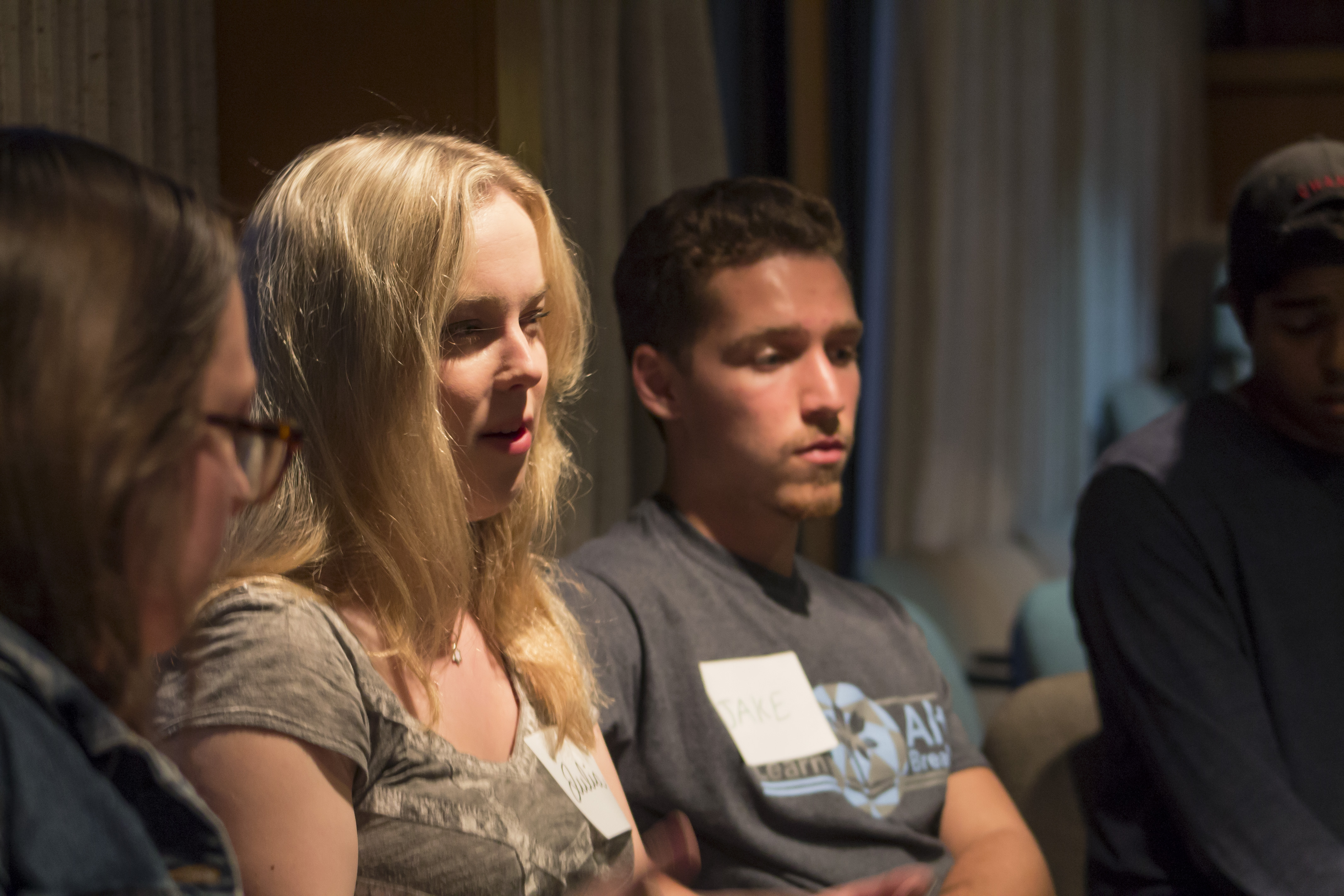 The Center for Religion and Global Citizenry is one of the two partner organizations who formed the seminar. Similar to the goals of the Center, the “Necessity of Now” aims to spark conversations among students of different backgrounds so they can be better citizens. Emily Hamer

After the seminar portion, the students will go on a trip to Washington D.C. March 7-9 to visit social justice and civil rights sites in Washington D.C., including the United States Holocaust Memorial Museum and the National Museum of African American History and Culture.

The goal is for the seminars to be a space where students can have peer-to-peer discussions about important issues, such as civic responsibility, race, religion, social action, being an ally and how these things interact with personal identity.

While UW Hillel focuses on serving Jewish students on campus, Steinberger says he thought it was important to expand this program to all students, so that it can be about bringing students together. He says you learn more about yourself when you interact with someone who’s different than you.

Director of the Center for Religion and Global Citizenry Ulrich Rosenhagen says he wants to push students out of their comfort zones, so they have meaningful person-to-person conversations that go beyond normally classroom interaction. 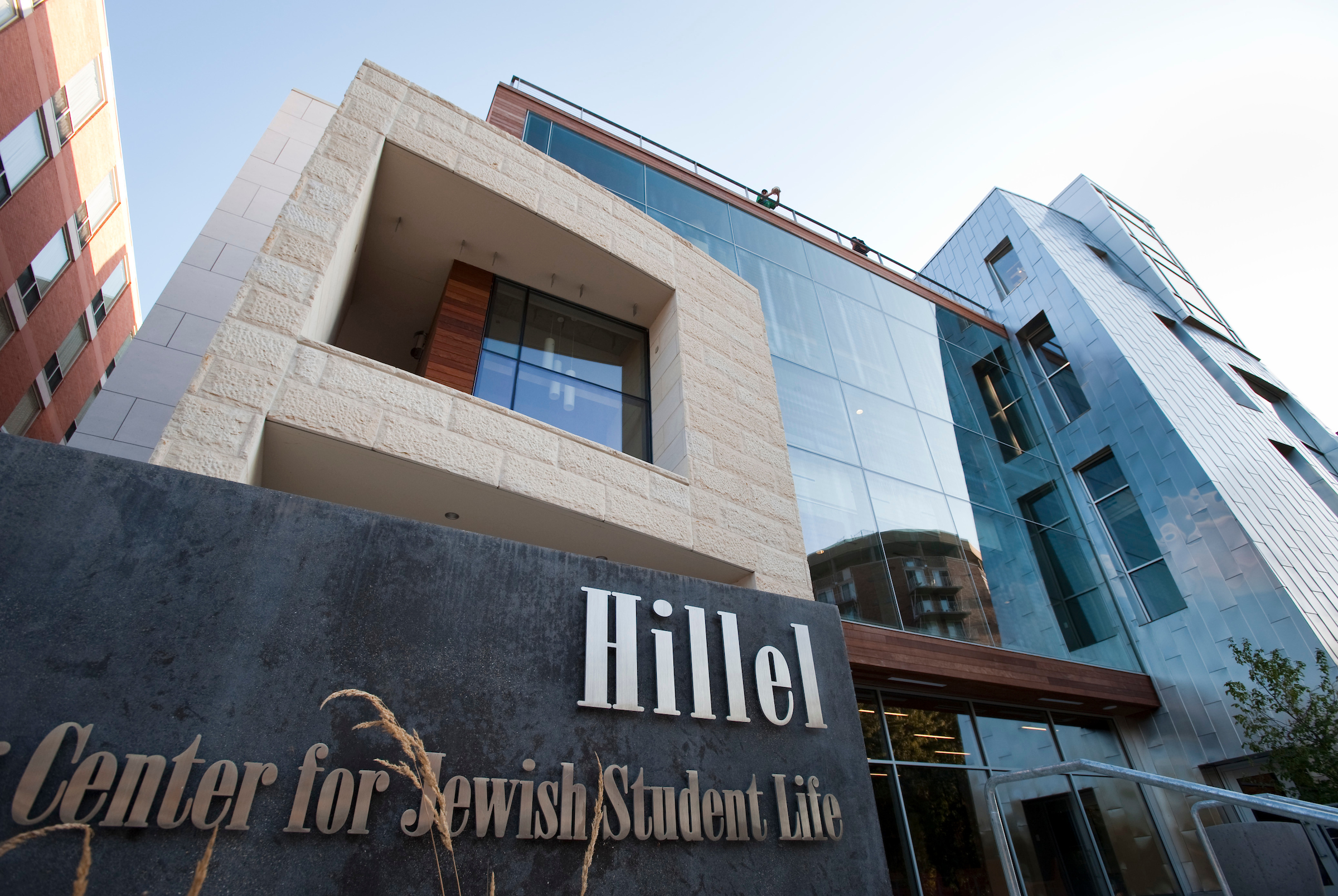 UW Hillel’s Greg Steinberger says the reason he started the “Necessity of Now” is because he witnesses a lot of tension between students on campus, rather than understanding. Photo: Jeff Miller

“We are really trying to bring different students together here so that they have a shared experience, so they can learn together [and] talk together,” Rosenhagen says. “Students who otherwise would never come together.”

Rosenhagen pointed to ASM’s controversial divestment proposal — in which students got heated over whether the university should divest from companies complicit in the Israeli-Palestinian conflict — as an example of a time in which students struggled to have open and respectful conversations. He says that friction rattled a number of people on campus.

The title of the seminar series, “The Necessity of Now,” speaks to how important it is for conversations across racial and religious barriers to happen today, Steinberger says.

Both Rosenhagen and Steinberger said they haven’t done anything like this before, so the program is a bit of a “dry run” to see if it is a meaningful experience for students.

“I’ve never done it before, this particular thing,” Steinberger says. “But it’s hard for me to believe that even if we only get it partially right that we won’t get something right.”

If it goes well, Rosenhagen says the seminar series might become a recurring, or even permanent, program.

Overall, Steinberger says he wants students to learn how to take action and do something about the things they care about, instead of just talking about them in a classroom.

“If the seminar works, it’s about what happens outside of the experience,” Steinberger says. “Will people want to work together, will they interact together, will they have new friendships, will they help each other’s causes? Will they commit to say, ‘I have to get off my chair … and go work on this because I’m realizing this is important.’”