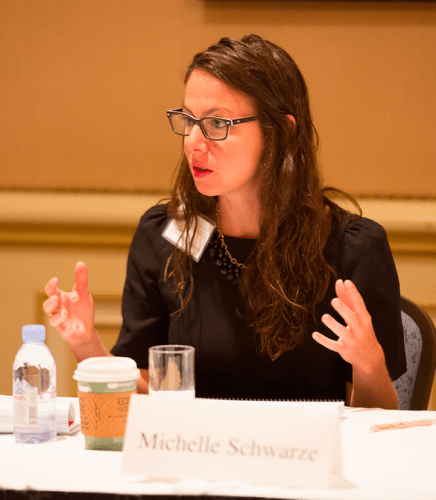 How did you get into your field of research?

I have always been interested in why we are motivated to participate in political life in the ways that we do, and why we decide to (and whether we should) distribute resources the way we do. Doing political theory allowed me to explore those questions in a meaningful way.

What attracted you to UW–Madison?

UW-Madison has been my academic home for the past three years as a postdoctoral fellow at the Benjamin Franklin Initiative in the political science department. I couldn’t be more thrilled to be able to stay in such an intellectually engaging and supportive place.

My first campus visit wasn’t representative at all — I came house hunting in June, thought all the hype about Wisconsin weather being so bad was overblown and the campus was sleepy. Six months later, in the throes of another “polar vortex” and after seeing what more than 45,000 students on campus looks like, I understood my initial errors. I’ve since come to appreciate the winters in a way I never thought I could as a native Californian.

The library in the Wisconsin Historical Society is a magical place. I try to work there whenever I can.

What are you most enjoying so far about working here?

My colleagues. It would be difficult to overestimate how welcome the political science department has made me feel, or how fortunate I feel to work with such exceptional scholars.

Do you feel your work relates in any way to the Wisconsin Idea?

I think my teaching most embodies the Wisconsin Idea by inspiring students to think more critically about the principles underlying American democracy and what our duties are as citizens in a liberal government.

What’s something interesting about your area of expertise you can share that will make us sound smarter at parties?

Although most people think of him as an economist, Adam Smith became famous during his lifetime for his work in moral psychology. In fact, he first used the “invisible hand” in an essay on the history of astronomy to describe what Ancient Romans saw at work when bad things happened to them.

I’m an avid runner and baker, and spend as much free time as possible doing either one of those things.