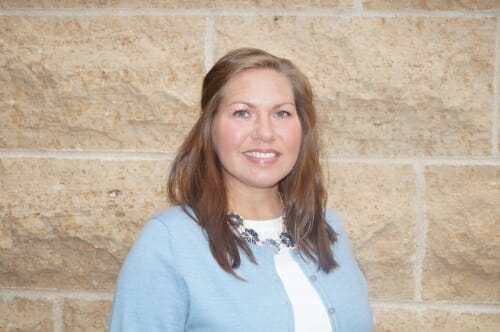 Educational/professional background: After completing my B.A. in political science at the University of Wisconsin (2005), I served as an academic advisor for a public school district just north of Minneapolis. In this role I served as a liaison between K-12 American Indian students/families and teachers/academic staff. I began graduate school in 2009 with an emphasis on American Indian Studies, incorporating a variety of interdisciplinary courses. After finishing my Ph.D. at the University of Minnesota in 2016, I completed a two-year postdoctoral fellowship at the University of Virginia where I was able to devote time to new research and the writing of my book manuscript while teaching one course a semester of my own design. I have taught courses in American Indian Studies, American Studies, and now, Civil Society & Community Studies.

How did you get into your field of research? As a Native woman (Tuolumne Me-Wuk & Potawatomi) , I grew up in suburban Minneapolis away from my reservation community in California. I returned to this community after finishing my undergrad in a professional role. My interactions with students, teachers, and community members, as well as my own experience, led me to pursue graduate school. I was very much interested in the reservation/urban binary that so many Native people fall into and questioned the positionality of suburban Indians. My work has evolved to focus more so on the interactions between federal Indian policy and federal housing policy as each policy area has a significant influence on where people live (i.e. urban, reservation, suburban, rural) and access to housing (owning vs. renting).

What attracted you to UW–Madison? I have been in love with UW–Madison since my undergraduate years. Once a Badger, always a Badger!

I knew the campus was beautiful and I was very excited to get back to the Midwest. The position I am now in, for which I interviewed, was really ideal for my research, interests, and background – focusing on contemporary American Indian communities. I was very excited for the opportunity to come back to the place where my academic trajectory took off – several of the professors I had as an undergrad are still here. I am looking forward to creating new relationships across the programs areas I serve while working with Native students and local communities.

What was your first visit to campus like? As an undergrad I was impressed by the size of the University and the wide variety of academic programs. It was/is a beautiful campus. I appreciated that though Madison is the capitol city, it did not feel to urban and overwhelming. I also had no clue the enthusiasm for Badger athletics, so that was fun to learn and participate in.

Coming back to campus for my interview simultaneously felt like coming home, yet feeling like a stranger in a new, revitalized landscape. There is so much familiarity, yet so much has changed – lots of new and remodeled buildings, State Street seems a whole lot different in your mid-30s as compared to your early 20s. Ultimately, I have enjoyed the warmth so many people have shown me on campus.

What are you most enjoying so far about working here? The support and warmth I have been shown by colleagues, academic staff, and members of the university community. I am very excited to be at an institution where there is a Native presence on campus and where I have colleagues who do similar work.

Do you feel your work relates in any way to the Wisconsin Idea? Yes, absolutely. So often American Indian students and American Indian studies/programs are lost or overlooked in diversity and inclusion efforts. American Indian people are often referred to as “the invisible minority” and regularly thought of as in the past. Part of my work and research is to draw attention to the history of Wisconsin as a Native place and the many tribal communities who still exist here. It would be wonderful if every Wisconsinite and UW student could name the tribes who call Wisconsin home and be allies to tribal nations, recognizing their inherent sovereignty, and the role tribes and Native people have played at the university and in Wisconsin more broadly. Awareness of and accurate information are key here.

What’s something interesting about your area of expertise you can share that will make us sound smarter at parties? Hmm, I would say that despite the reservation/urban binary, most American Indian people today live in metropolitan areas. Also, Lake Mendota gets its name from a Dakota word meaning “the mouth or junction of the river,” though the Winnebago/Ho-Chunk Indians have long called the shores of the lake home and have their own name for the lake (Wonk-sheck-ho-mik-la) which translates to “where the Indian lies.”

Hobbies/other interests: I’m slightly obsessed with my two dogs – Puffy and Ruby. They are both small, just over 8 pounds each, and are completely spoiled, though they are both rescue dogs and deserve it. Maybe you’ll see them on campus someday.

I also like spending time outside. In the summer my husband and I enjoy being on the water, fishing or on a boat, and camping. In the winter we’ve taken up snowshoeing and in the spring I look forward to gardening.

Now that I’m in Madison, I hope to catch the occasional Badger game and enjoy the farmers market around the capital.