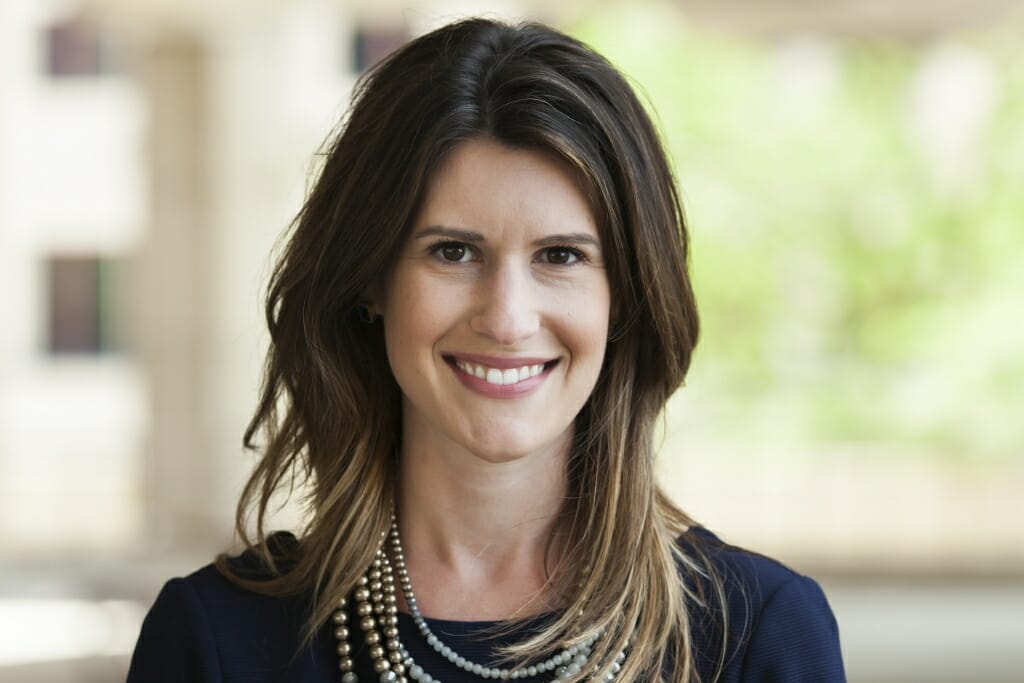 How did you get into your field of research? Growing up, I wanted to be an archeologist and a presidential speechwriter. I’ve always been fascinated by the U.S. presidency, and my first book report was on a history of the White House. I love using archival sources to revisit important moments in history. In a sense, then, my original career goals came true. Today, I research and teach classes on U.S. presidential rhetoric & foreign policy, public address, and rhetorical history, theory & criticism. And, yes, The West Wing remains my favorite TV show. The Americans is a close second.

What attracted you to UW–Madison? The Department of Communication Arts at UW–Madison has long been a leader in the discipline of speech communication. In 1920, the department awarded the first M.A. degree in the United States in Speech; in 1922, we awarded the first Ph.D. It’s truly an honor to join such an esteemed department and work alongside scholars I’ve admired for years.

What was your first visit to campus like? 48 hours jam-packed with delightful conversations and delicious food at the end of a long semester. I left exhilarated, exhausted, and excited to become a part of this remarkable community.

What’s one thing you hope students who take a class with you will come away with? A sense of wonder, curiosity, and interest in how rhetoric shapes our everyday lives and the world around us. Although people often use “rhetoric” to describe empty words or propaganda, the term actually refers to the oldest liberal art—what Aristotle described as the ability to see or identify in each particular case “all the available means of persuasion.” I want my students to leave my classes with this skill—to be able to uncover how individuals and institutions use language (and other symbolic strategies) to move people toward action. It is only when we understand how this rhetorical process works that we can combat harmful discourse and create meaningful change in our local, national, and global communities.

Do you share your expertise and experiences with the public through social media? If so, which channels do you use? I tweet occasionally (@allisonprasch), although right now I’m saving most of my words for my current book project.

Do you feel your work relates in any way to the Wisconsin Idea? If so, please describe how. Absolutely. We live in a politically polarized world, and the misuse and abuse of rhetoric often contributes to this divide. However, I believe that when we think critically and respond to others with respect and care, we can change the tenor of the conversation.

What’s something interesting about your area of expertise you can share that will make us sound smarter at parties? One of my favorite concepts from classical rhetorical theory is the idea of kairos—the right, fitting, or opportune time to speak or act. We develop an innate understanding of kairos as we learn what to say (or not say) in various situations or contexts. The next time you’re at a party trying to decide whether to speak up or just listen, you are utilizing kairos. I actually tell my students each semester that my goal is to make them so excited about the study of rhetoric that they’ll end up talking about kairos in a bar. Every semester, at least one of them emails me to tell me that they did!