The University of Wisconsin–Madison Department of Communication Arts is pleased to announce a $217,000 award from the National Endowment of the Humanities 2017 Humanities Collections and References Resources program for Unlocking the Airwaves: Revitalizing an Early Public and Educational Radio Collection.

The project is a collaboration between UW–Madison, the Maryland Institute for Technology in the Humanities, the Wisconsin Historical Society and University Libraries at the University of Maryland, with collaborative support from the American Archive of Public Broadcasting at WGBH/Library of Congress and the Radio Preservation Task Force. Eric Hoyt, an associate professor of media and cultural studies in the Department of Communication Arts, is a co-principal investigator of the grant, along with director Stephanie Sapienza of MITH. 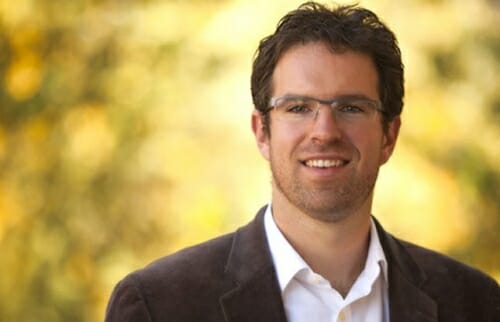 Eric Hoyt, an associate professor of media and cultural studies in the Department of Communication Arts, is a co-principal investigator of the grant funding a project called Unlocking the Airwaves: Revitalizing an Early Public and Educational Radio Collection.

Unlocking the Airwaves is one of 199 humanities projects the NEH, an independent federal agency and one of the largest funders of humanities programs in the United States, announced support of through $18.6 million in grants on April 9.

The $217,000 grant will fund the creation of a comprehensive online collection of early educational public radio content from the National Association of Educational Broadcasters. The forerunner of CPB and its arms, NPR and PBS, the NAEB served as the primary organizer, developer, and distributor for noncommercial broadcast production and analysis between 1925 and 1981.

The NAEB systematically preserved its history across over a hundred boxes of documents and 5,000 reels of tape, but the organization split its archive, depositing its papers in Wisconsin and the recordings in Maryland. Archival audiovisual media has been collected and maintained separately from other kinds of (primarily textual) archival sources, and these split collections mean that researchers must often discover and manually reunite audiovisual collections and their related materials if they want to understand a broadcast not just as an audiovisual object, but as a medium that relays information within a set of historical contexts.

Unlocking the Airwaves will reunite the split NAEB collections, develop an open and comprehensive web portal for them and tell the story of early educational and public broadcasting. Work on the grant will extend two and a half years, from May 2018 until October 2020, and the resulting resource will make the NAEB collections available to educators, scholars, journalists, documentarians, genealogists and the broader public.

“Radio is the largest unexplored primary source archive in the U.S.,” says Josh Shepperd, a collaborator on the project as a leader of the Library of Congress’ Radio Preservation Task Force and communication arts Ph.D. recipient. “Public broadcast archives feature hundreds of thousands of hours of cultural and political history.”

The project also pays tribute to the NAEB, which Hoyt calls a pivotal yet largely forgotten institution responsible for promoting education and noncommercial broadcasting for most of the 20th century.

“The NAEB gives us a valuable perspective on our 21st century environment of podcasting and online education,” he says. “Anytime a listener downloads the TED Radio Hour podcast to her iPhone, or turns on the car radio and hears Terry Gross interviewing an author on Fresh Air, that listener is participating in a 100-year-old tradition of utilizing audio broadcasting to educate and inform the American public.”