Muir Woods research works to understand how plants have sex

Melody Sain collecting leaf samples to use for genetic analysis. She collected samples from 50 male and 50 female plants throughout Muir Woods. Photo by Cody Sain

When Melody Sain tells somebody about her research, they usually perk up.

“Sex is just interesting,” she says. “Most people I bring it up to are always interested.”

The object of her research, though? It’s often overlooked.

Sain is studying how — and why — different plants have sex. Her main research subject is the ubiquitous early meadow-rue, a low-lying perennial plant found across the eastern half of the United States.

Unlike the vast majority of plants, early meadow-rue has separate sexes — male and female. This relatively rare trait puts the plant at risk of ending up too far away from a partner, unable to move to reproduce. So Sain, a doctoral student in the University of Wisconsin–Madison botany department, has set out to understand why early meadow-rue has risked its ability to mate and how it evolved a trait more commonly seen in animals. 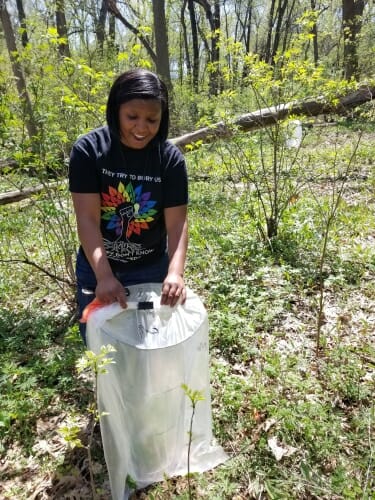 A native of western Tennessee, Sain came to UW–Madison after finishing her master’s at the University of Texas at Tyler. She met David Baum, a UW–Madison professor of botany, at a conference in North Carolina in 2014. The two connected over their shared interest in plant evolution and desire to understand how the world works, and Sain agreed to join Baum’s lab for her doctorate.

“I’m not OK with just knowing something is because it is,” says Sain. “I want to understand why.”

Sain’s research takes her on a five-minute stroll from her lab in Birge Hall to the Muir Woods situated on the northern slope of UW–Madison’s Bascom Hill. The woods, part of the Lakeshore Nature Preserve, abound with early meadow-rue. The ambling commute is a welcome change from her previous work that required trips to Texas.

In the woods, Sain has protected several female plants with plastic-lined cages — the better to keep them from being pollinated by errant males. She then collected pollen from males to hand-pollinate the females earlier this spring. The fruits are growing now.

Since Sain knows both the male and female parents, their offspring’s genomes will be a little bit less variable than those of the rest of the population in the woods. That will help her as she sequences the genomes looking for which genes control whether a plant produces male or female flowers.

For the few that that do have different sexes, the advantages of mixing genes between two parents, which increases the diversity of the next generation, might help offset any downsides. But it’s far from clear if that’s what really drives this process across the plant kingdom.

Beyond the why, even the how isn’t clear. Some plants can change sex from year to year — a behavior also seen in some fish and amphibians — which means that there aren’t specific genetic differences between the sexes. Instead, the environment, or the plant’s own life history, plays a role.

But early meadow-rue has stable sexes. Sain has uncovered a single German research paper suggesting that early meadow-rue’s sexes are controlled by inherited sex chromosomes, similar to how sex is determined in animals. Sain doesn’t read German, leaving these earlier findings muddled, but she’s reaching out to the Department of German, Nordic and Slavic in hopes of making new connections and deciphering this previous research. Early meadow-rue is understudied, and Sain hopes her research sheds some new light on this common plant’s unique lifestyle.

Sain had to contend with the cold, wet spring that delayed flowering this year. And her hand-pollinated fruits are smaller than what she was hoping for.

“This year has been completely off on everything,” she says.

But her research plots, which dot the woods well off the main paths, have avoided any vandalism. And her plants have grown well under their protective plastic, something she couldn’t be sure of when she started the project.

Although Sain is drawn to plants mostly because of their beauty and strangeness, she admits that studying sex in plants has one pretty big advantage.

“When it comes to doing research, they don’t run away,” she says. 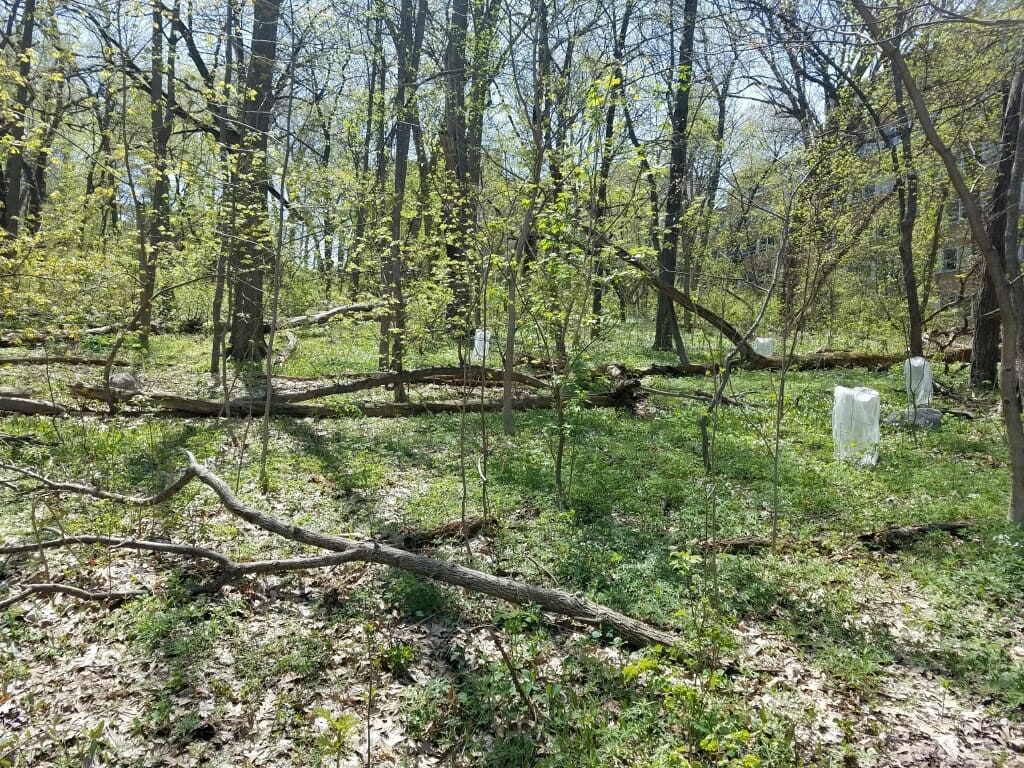