Muhammad Umar Memon, a UW–Madison professor who was an internationally renowned scholar of the Urdu language and literature, died June 3. He was 79.

Memon’s lifelong work was to raise the awareness of Urdu in the West through his scholarship and teaching, and by editing an influential Urdu journal. 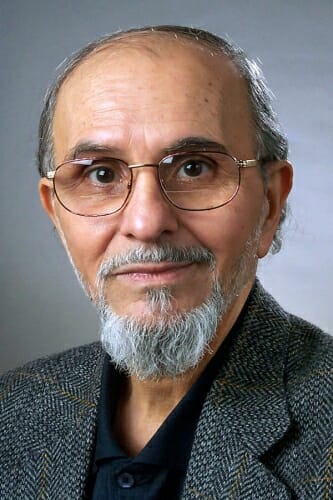 “Urdu is my mother tongue and the love of my life,” Memon said in a 2002 interview. Urdu is the official language of Pakistan and is used by roughly 100 million people, mainly in India and Pakistan.

Born to a prominent family in Aligarh, India, near Delhi, and educated at Pakistan’s Karachi University, Memon attended Harvard University on a Fulbright scholarship and received a Ph.D. from the University of California-Los Angeles in 1971.

He met his wife, Nakako, in the United States and came to UW–Madison in 1970 to take a joint appointment as assistant professor in the Department of Hebrew and Semitic Studies and the then-Department of Indian Studies. Throughout his 38 years at the university, he taught courses on Urdu language, literature, Islam, and Arabic Studies. In addition, he was an accomplished translator, poet and Urdu short story author.

Emeritus professor Joe Elder worked alongside Professor Memon in the Department of South Asian Studies (then named Languages and Cultures of Asia) for decades. He observed that “throughout our years together, Professor Memon was profoundly committed to promoting Urdu Language and literature in many ways, but especially as editor of the Annual of Urdu Studies.”

The Annual began at the University of Chicago in 1980, and in 1993, Professor Memon assumed the editorship, and brought the publication to UW–Madison. 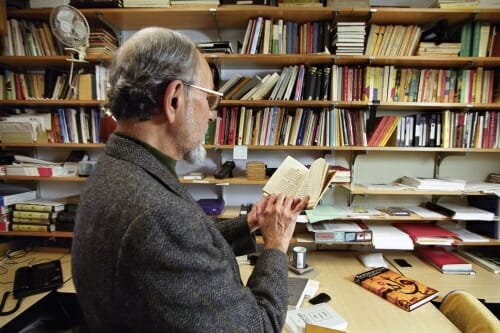 “With outstanding scholarship and much hard work, Professor Memon drew the attention of the international Urdu-speaking world to the University of Wisconsin–Madison and its Urdu-related activities,” Elder says.

The Annual offered English translations of Urdu essays, fiction and poetry, as well as scholarship on Urdu originally produced in English language. For a time, Memon ran it out of a pair of cramped offices on the 12th floor of Van Hise Hall.

Farhat Haq, president of  the American Institute of Pakistan Studies, credits Memon with keeping the Annual of Urdu Studies alive. “The Annual survived despite many ups and downs because of Professor Memon’s refusal to let any hurdle stand in his way,” Haq says.

“I went away from class so inspired to find out more about Urdu that I ended up regarding Professor Memon as my mentor and a life-long friend,” Shum says.

She worked alongside Memon for 14 years at the Annual of Urdu Studies and collaborated with him on translations of Urdu literature.

“His legacy will live on at the University of Wisconsin thanks to his thoughtful donation of several hundred Urdu-, Persian- and Arabic-language books and manuscripts from his personal library to the Memorial Library,” Shum says. ”Some of these were rare items he inherited from his father, Abdul-Aziz Memon, a highly regarded scholar of the Arabic language.”

Professor Memon is survived by his wife Nakako, their two sons, daughters-in-law, and grandchildren.