Memorial planned for UW-Madison student and father after plane crash

Services will be Sunday in Ohio for a University of Wisconsin–Madison student who was killed along with her father in a plane crash just before the new year. In addition, a scholarship fund has been set up in her name.

Megan Elizabeth Casey, 19, was a freshman nursing student at UW–Madison. Casey, of Powell, Ohio, had been attending the Cleveland Cavaliers game with her father Brian and four neighbors from the Columbus area. The group was returning home when their twin-engine plane apparently crashed into the lake shortly after takeoff Dec. 29.

Search and recovery efforts were suspended over the weekend due to rugged weather and water conditions, although divers Friday had recovered the cockpit voice recorder, remains and part of the plane. 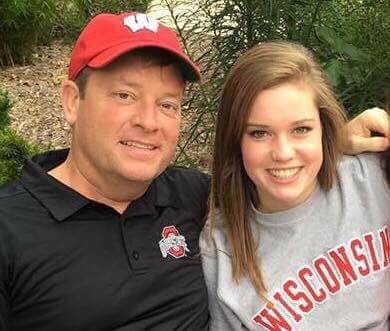 At 2 p.m. Sunday, Jan. 15, there will be a service at the Liberty Presbyterian Church in Delaware, Ohio, where the Caseys were active members. There will be a reception immediately following at Wedgewood Country Club, 9600 Wedgewood Blvd, in Powell, Ohio.

“While she hadn’t been at UW–Madison long, Megan had already made an impact and will be greatly missed,” says Dean of Students and Vice Provost of the Division of Student Life Lori Berquam. “We offer our thoughts to her friends and family during this difficult time.”

Casey was one of approximately 50 students who were accepted to the School of Nursing’s Freshman Direct Admission from a competitive pool of 300 applicants.

“In reading her application, our faculty saw not only the academic ability Megan possessed, but also her clear passion and commitment to nursing,” says School of Nursing Dean Linda Scott. “In a short period of time, Megan became a valued and respected friend, student and classmate who wanted to make a difference in the nursing profession and for patients.”

In memory of Brian Casey, the family requests that donations be made to the Brian S. Casey Memorial Fund at Liberty Presbyterian Church, 7080 Olentangy River Road, Delaware, OH 43015.

If you are a student in need of counseling or crisis support as a result of this or any other situation, call University Health Services Counseling and Consultation Services at (608) 265-5600 or drop-in between the hours of 9 a.m. and 4 p.m., Monday through Friday.