Jim Martin made his mark in sports and law as player, coach, judge

Jim Martin was an athlete who became a coach who became a lawyer who became a judge. It was perhaps an unusual path — one that Martin certainly never planned. But when he saw opportunities, he went for them.

Martin, who became the second African-American judge on the Dane County Circuit Court, died June 29 at age 74 after a brief illness. 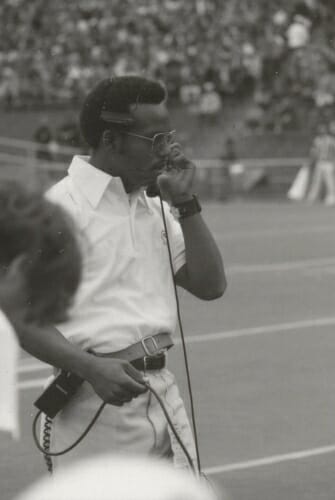 Jim Martin wasn’t as tough on the players as some of the other coaches, but he did emphasize that athletes weren’t at the university just to play sports. UW Archives

Martin was an assistant coach for the UW football team from 1970 to 1974 and a student at UW Law School from 1974 to 1976. Afterward, he went on to serve as a Madison city attorney and later as a judge, roles he occupied for more than 30 years.

Martin grew up in Racine and received his bachelor’s degree from the University of Dubuque. He was inducted into the Racine Park High School Sports Hall of Fame and the University of Dubuque Athletics Hall of Fame. More than 50 years later, he still holds the school record for most interceptions in a single season with eight and for most career interceptions with 24.

Martin returned to Racine to coach and teach at Case High School. After a couple years, he heard that Badger football Coach John Jardine was hiring. In a 2016 oral history, Martin talked about what happened then.

He was surprised when he got a call, asking him to come in for an interview. 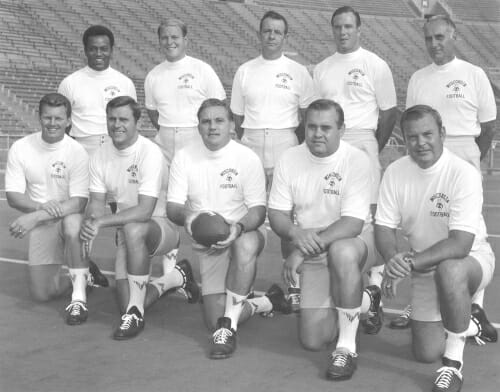 In 1970, he was hired. Recruiting at that point in UW–Madison history was difficult. The Sterling Hall bombing had put the university in the national news. People were afraid.

“That first year was almost impossible, because National Guard troops were on campus,” Martin said. “There were some kids where I thought we had a really good shot at where the kids wanted to come and the parents absolutely said no, you’re not going to school there. They thought the whole place was just a riot zone.”

After a few years of coaching, Martin started thinking about what would come next.

“I got to a point where I thought, I really don’t want to start going around the country. I was a Wisconsin kid from Racine. I really hadn’t been a whole lot of places. And all the guys that came in had been coaching at different places from across the country. And the reality is, if you’re going to stay in the business, you’ve got to be prepared to move your family almost anywhere.”

He had a friend in Dubuque who was then attending UW Law School. Martin applied.

“I thought, let’s see what happens. If push comes to shove, I’ll be back in Racine starting all over again. Because I thought, I can always go home.” 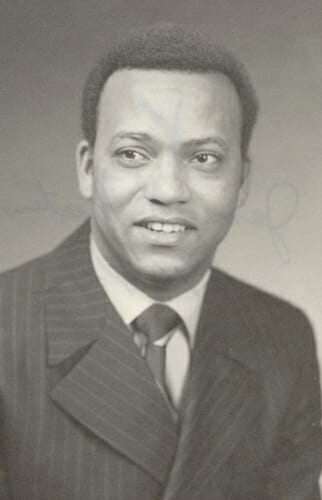 Martin in 1970. After a few years of coaching, he started thinking about what would come next. UW Archives

The transition from coach to student, Martin said, was difficult but not impossible.

He got his juris doctor in 1977. After law school, he was hired as the assistant city attorney for Madison. He later became city attorney and, in 2003, was appointed a Dane County circuit judge, serving until his retirement in July 2009.

UW Law School alum and former Dane County Circuit Court Chief Judge Dan Moeser told the Wisconsin State Journal that Martin was a strong advocate for equal justice, challenging other judges to look at things from his perspective. Martin would note that people’s backgrounds could contribute to why they ended up in the criminal justice system, Moeser said.

“Every new perspective helps the judiciary be better,” he said. “And Jim was right in that long path of people that we all learn from.”

“He had a heart of gold,” UW Law alum and former Chief Judge Bill Foust said. “He was a very hard worker. He did a good job of reminding us of the color of most of our skins.”

Whether in sports or in law, Martin was used to being in the minority.

“I was a novelty. There haven’t been very many jobs that I’ve had where there’s been more than one other black person working there,” Martin said. “So, I have navigated that pretty well.”

In the early days, that meant Little League trips where his white teammates were welcome but he wasn’t.

“We stopped in many places where they said, ‘We’ll serve those, but we won’t serve those two,” Martin said. 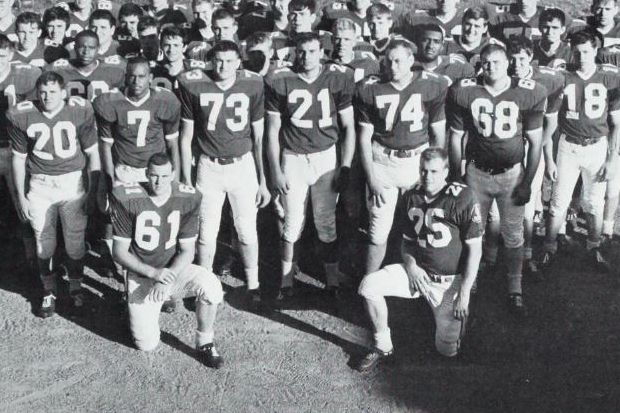 At Dubuque, he was a member of the largest cohort (10 or 11) of African-American students admitted to the university up to that point.

“While we were very welcome on campus, we weren’t welcome off campus. So it was not terribly difficult, but we certainly heard the ‘N’ word thrown at us enough that we knew we had to be careful. And if we went anywhere, we went in numbers.”

Dan Jardine had the unique experience of knowing Martin as both coach and judge.

Martin worked for Jardine’s dad, Coach John Jardine, at UW–Madison. Dan Jardine was just a teenager, doing odd jobs on the football field like being responsible for the kicker’s tee and making sure the wires from coaches’ headsets didn’t get all tangled up. Dan Jardine is also a UW Law 1991 alum and appeared in front of Martin when Martin was judge.

“In each phase of his life, whether I was just a kid watching him as a coach or a lawyer appearing in front of him, or having dinner together, he treated me the exact same: with dignity and respect,” Jardine says. “That’s how he’s always carried himself. He was a good role model for a young man.” 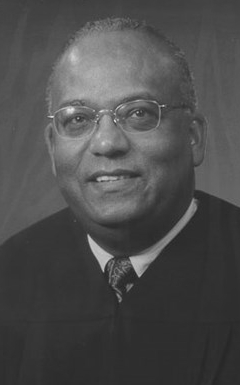 Whether on the athletic field or in the courtroom, Martin made an impact. He focused on his studies while pursuing athletics, making the dean’s list at Dubuque while earning four letters in football, three in baseball, and three in basketball for a combined 10 varsity letters.

“You’ve got to go to class. You’ve got to figure out a way. Now I understand with coaches making millions that they have a greater piece of the kids’ time than before. But still, the ultimate is (to) go with the intention of getting a degree.”

A visitation will be held Friday, Aug. 9, from 9 to 11:30 a.m. at Cress Funeral Home, 6021 University Ave., Middleton. A Celebration of Life will be held immediately following the visitation.