A 1990 University of Wisconsin–Madison graduate has won a prestigious fellowship from the MacArthur Foundation, commonly known as the MacArthur “Genius Grant.” 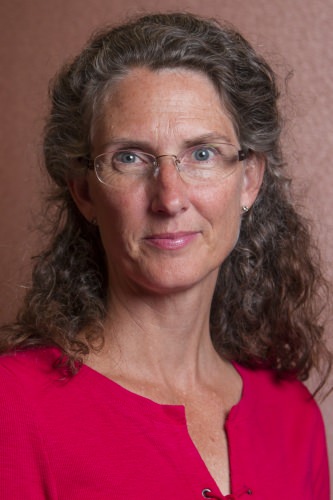 Anne Basting, who received a master’s degree in theatre and drama at UW–Madison, is now a theatre professor at the University of Wisconsin-Milwaukee. She was recognized as an “artist and educator demonstrating the potential of storytelling and creative expression to improve the lives of elders experiencing cognitive impairment,” with the overall goal of changing the way we think about aging.

“Basting’s perspective on aging and the power of stories is changing the perceptions of caregivers, family members, and policy makers around the artistic and creative capabilities of older adults, regardless of age or cognitive status,” the foundation said in announcing the award.

Basting and 22 other fellows will receive a no-strings-attached $625,000 grant for their exceptional creativity and potential for future contributions to their fields.

Basting sees the fellowship as an award shared by the many people she’s worked with through the years, she told the UW-Milwaukee Report.

“All of my work is collaborative,” Basting said,“and I feel suddenly like I’m standing by myself, and it’s not where I’m comfortable. So waves of gratitude go to all the people that have ever said yes to agreeing to do a project with me over the years, and in Milwaukee, that’s a huge network now. I’ve done national and international work, too, but the depth of collaboration and support from Milwaukee has been huge.”

Basting learned of the fellowship via phone a few weeks ago while driving. She then called her husband, photographer Brad Lichtenstein, but she was sworn to secrecy and couldn’t tell anyone else until Wednesday’s late-night announcement.

“It’s been three excruciating weeks,” Basting said. “I think some of my colleagues thought I was sick.”

Anne Basting is a theater artist and educator demonstrating the potential of storytelling and creative expression to improve the lives of elders experiencing cognitive impairment. MacArthur Foundation video

Basting’s focus at UWM’s Peck School of the Arts is on community-engaged performance, and she’s an expert on integrating arts into aging services and long-term care. She’s founder of the Creative Trust, an alliance that fosters lifelong learning through the arts, and which supports a Student Artists in Residence program that trains and embeds students with aging services organizations.

Among Basting’s many other projects are TimeSlips Creative Storytelling, The Penelope Project and the Islands of Milwaukee. They all exhibit the kind of creativity and community involvement to which Basting has devoted her professional career, and which ultimately drew the foundation’s attention.

Basting is the sixth person to earn a fellowship while living in Wisconsin, and the first since Milwaukee’s Will Allen, founder of Growing Power, was honored in 2008.

News of Basting’s honor spread quickly, and she’s been prominently featured in the Milwaukee Journal Sentinel, The New York Times and on American Theatre’s website. The MacArthur Foundation also has produced a video and brief history of her work.