Life could be thriving in the clouds of Venus

Is there life on Venus? For more than a century, scientists have pondered this question. Now, there is renewed interest in Venus as a place that could support living organisms.

“We are trying to make the case for exploring Venus and to inspire and inform future missions to collect in situ data with satellites,” says Sanjay Limaye, a University of Wisconsin–Madison Space Science and Engineering Center scientist and co-author of a recent collection of papers on Venus that he hopes will do just that. 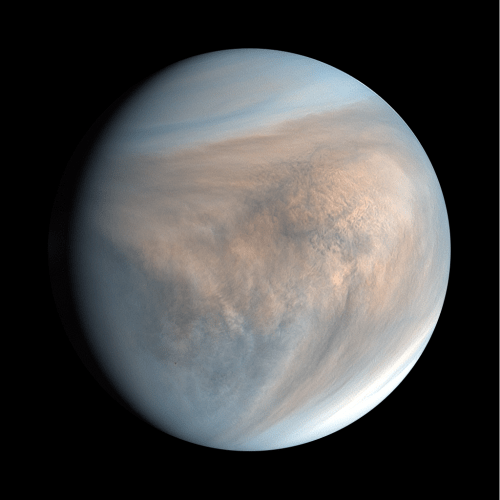 Venus is a planet of extremes with surface temperatures in excess of 900 degrees Fahrenheit and pressures 90 times those of Earth. PLANET-C Project Team

Limaye is an expert on Venus. With more than 45 years of research behind him, he continues to investigate the planet’s dense atmosphere. “As one of our closest neighbors it is easier to reach Venus compared to other bodies like Titan, Enceladus or even Mars,” he says.

Published in 2021 in the journal Astrobiology, the series of articles targets Venus as a potential home for microbial life like bacteria and other organisms. The collection emerged from the 2019 Venera-D Venus Cloud Habitability workshop, which convened more than 50 scientists in Moscow to examine existing research and understand the planet’s potential to support life billions of years ago — and today.

Formed around the same time as Earth, about 4.5 billion years ago, Venus occupies an orbit between Mercury and Earth. The planet rotates very slowly on its axis, taking 243 Earth days to complete a single rotation. Its massive atmosphere of mostly carbon dioxide makes it a planet of extremes, with scorching temperatures, intense winds and volcanic activity.

Despite the features that make the planet’s surface inhospitable, its thick global cloud cover may present gentler conditions for some microbial life forms due to the availability of sunlight, nutrients and some water — all of which can create narrow but habitable zones like those theorized to exist high in the atmosphere.

The Astrobiology series investigates these aspects and presents reasons to explore whether life may be present, perhaps hidden throughout the planet’s complex clouds. It explores Venus’ history as a potentially life-bearing planet, its habitable zones and potential signatures of organisms that use light as an energy source.

Venus was not always the pressure cooker it is today. Like Earth, its environment included volcanic activity and liquid water oceans. For nearly 3 billion years these thermal vents and oceans could have harbored microorganisms. But that oasis was lost. 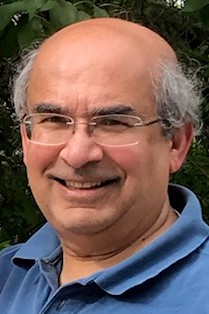 “When life began on Earth the conditions on Venus were likely similar,” says Limaye. “Some modeling suggests water could have existed for 1 billion to 3 billion years.”

In these early days, the sun was dimmer but more intense, radiating the planets with high energy particles and ultraviolet rays. Around 3.5 billion years after its formation, Venus began to heat up and over the course of millions of years, its oceans evaporated. With its atmosphere of carbon dioxide and water vapor, a runaway greenhouse effect trapped more of the sun’s energy, creating the planet’s modern dense and hot atmosphere. Venus’ surface pressures are more than 90 times those of Earth, with surface temperatures exceeding 486 degrees Celsius (906 degrees Fahrenheit) — hot enough to melt lead.

While these conditions are inhospitable to most life on Earth, small and hardy microorganisms known as extremophiles have extraordinary abilities to survive in the worst imaginable places. It is possible, researchers say, that these ancient organisms adapted to the changing conditions on Venus and eventually found a new home within its thick atmosphere.

Scientists are skeptical that fossil remains exist on the Venusian surface due to continuous and destructive volcanic activity. However, satellites orbiting the planet offer deep glimpses into its atmosphere and have presented clues of potential life drifting throughout narrow pockets aloft in the Venusian sky.

Since the 1960s, dozens of space missions have examined Venus from all angles. The Pioneer Venus Orbiter and Multiprobe missions in 1978 gave scientists an in-depth look at the top of the atmosphere and through its many layers down to the surface. 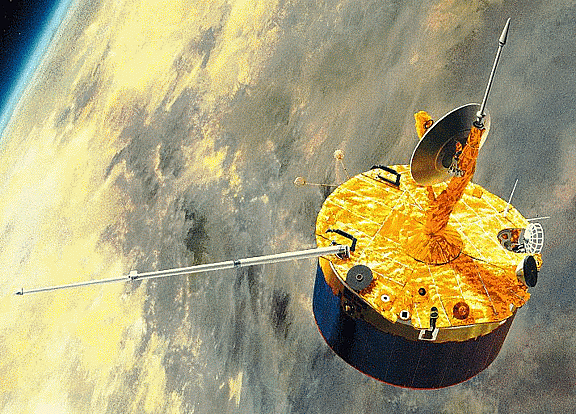 In 1981 the Venera 13 and 14 missions sent back several color panoramas of the surface, information about its clouds and soil, and the first-ever recording of winds on the planet’s surface.

A few years later, VeGa 1 and VeGa 2 balloons and landers recorded more information about the atmosphere, clouds, winds and the planet’s surface composition.

Researchers have also gathered spectral data from Venus, or measurements of how much light is either reflected or absorbed by the planet. Using these data, they can identify chemical signatures such as carbon dioxide, sulfur dioxide and even trace amounts of water vapor.

Some of Venus’ spectral data reveal prominent and inexplicable dark patches in its cloud layers, showing areas of strong absorption. Limaye and colleagues have contemplated whether microorganisms could be the source of that solar energy absorption, much like the algal patches in Earth’s oceans or lakes — especially given the presence of trace water, energy and nutrients like carbon, hydrogen, nitrogen, phosphorous and sulfur in the clouds.

“Venus has a potential to harbor conditions for iron- and sulfur-centered metabolism,” says Limaye. “Together, our lines of reasoning suggest that particles in Venus’ lower clouds contain sufficient mass balance to support microorganisms, water, and solutes, and potentially sufficient biomass to be detected by optical methods.” 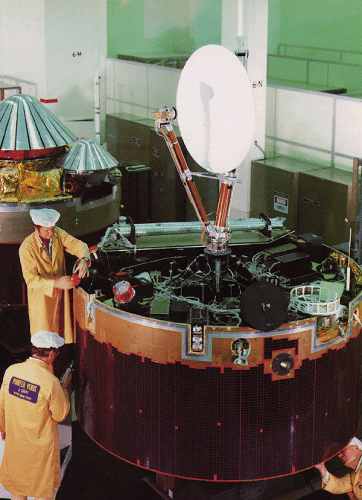 Atmospheric pressures at 48 to 70 kilometers, or 30 to 43 miles, above the planet’s surface are similar to Earth’s, and Venus’ thick clouds reduce some of the sun’s damaging ultraviolet radiation, creating milder conditions. Extremophiles on Earth have been found to withstand, and even thrive, in similar conditions.

“It’s not impossible these microorganisms could have migrated to the clouds and sustained life,” says Limaye.

The peculiar absorption data has compelled researchers to look more closely at what could produce these signatures, which go beyond common atmospheric and chemical reactions.

Planetary atmospheres serve many functions, including the filtration of dangerous radiation. On Earth, the atmosphere (and magnetic field) blocks much of the sun’s harmful rays. Plant life thrives on weaker forms of ultraviolet light that provide fuel for photosynthesis.

Limaye and colleagues believe Venus’ atmosphere is capable of producing similarly balanced zones. In one study, he and his co-authors showed that the Venusian atmosphere might be able to support phototrophy, or the ability of organisms to harness sunlight for energy.

“Solar irradiances calculated across Venus’ clouds support the potential for Earth-like phototrophy,” says Limaye, who also adds that the planet’s clouds demonstrate the ability to neutralize harmful gases such as sulfuric acid. 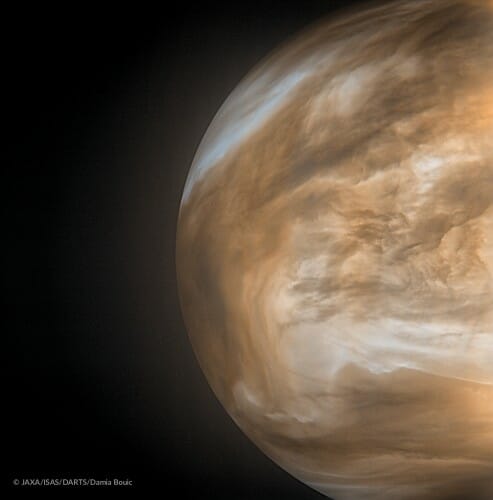 An image of the night side of Venus shows it aglow as it radiates energy in the infrared. JAXAS/ISAS/DARTS/Damia Bouic

“Throughout this series of papers, we focus on finding similar conditions on Earth where we know life thrives, but this isn’t the only approach,” says Limaye. “The search for life is not limited to microbes as we know them on Earth, but there are many possibilities of extremophiles existing and thriving in ways we haven’t imagined.”

Since the 1960s, scientists have launched nearly 50 missions of varying success to study our neighboring planet. The next decade will herald seven missions to explore Venus and uncover its atmospheric and surface mysteries.

Rocket Labs announced a small probe to look for phosphine, launching in 2023. The India Space Research Organization Venus orbiter is expected to carry radars and is anticipated to arrive around 2026, followed by NASA’s VERITAS radar orbiter in 2027. Launching in 2028, NASA’s DAVINCI  mission will feature a dual-purpose spacecraft to collect atmospheric measurements from orbit, in tandem with an atmospheric probe that will sift through the dense atmosphere, collecting data during its descent.

The Venera-D mission by the Russian Roscosmos State Corporation for Space Activities, proposed for 2029, will deploy an orbiter and lander designed to withstand the harsh conditions on the planet’s surface and collect valuable atmospheric and ground measurements. It will also include a long-lived small lander contributed by NASA. The decade of exploration will end with the European Space Agency’s EnVIsion Radar orbiter, also with contributions from NASA.

Limaye is encouraged that these future missions will ultimately answer many of the observed mysteries on a planet long considered hostile to life. And with additional workshops, such as the Venera-D: Venus Cloud Habitability System Workshop convened in November 2021, researchers around the world continue the conversation about whether there is life on Venus.