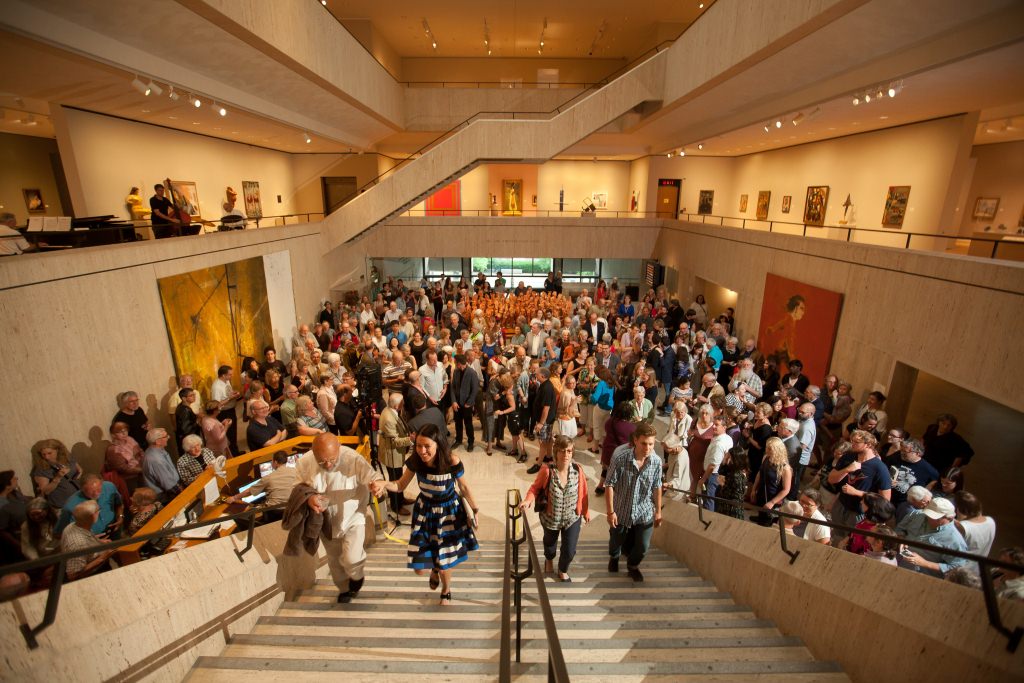 Artist Jim Dine leads the way to Gallery I at the unveiling of his new mural for the Chazen Museum of Art. Eric Baillies

A monumental new mural by iconic American artist Jim Dine will be on view permanently at the Chazen Museum of Art.

The work, which was created specifically for the museum’s ancient gallery, was introduced to the public at a reception on Thursday, June 22. But the work was many years in the making, and it took a crew of museum staff, engineers, and expert art handlers to bring the 80-foot mural from Paris to the Chazen.

In 1993, Chazen Director Russell Panczenko saw an exhibition of Dine’s Glyptothek Drawings at the Madison Art Center. That exhibit was the result of Dine’s time spent drawing the Greco-Roman sculptures at Munich’s Glyptothek museum.

“When I saw those drawings I thought, ‘We’ve got a collection of ancient art, and wouldn’t it be great if we had Jim do some kind of mural,’” says Panczenko. “We keep an ancient collection because it’s been a source of inspiration for us, and here’s a contemporary artist of an incredibly high caliber who still looks to classical, ancient art for inspiration.” 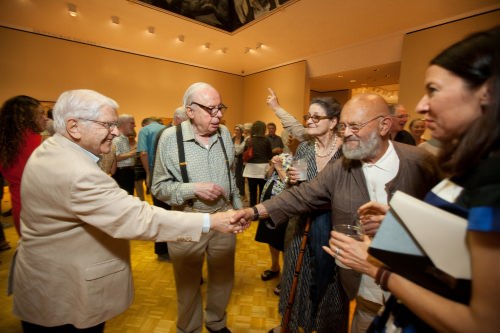 Panczenko broached the idea with Dine and he liked it, “So slowly over time, the thing rose from just a dreaming state to actualization,” says Panczenko.

Shortly after Dine’s 2014 exhibition at the Chazen, work began. Dine wanted to work on a continuous canvas surface, so a LIDAR scan of the gallery was made, which generated a computer model of the space accurate to a millimeter. From this information, a canvas maker in Paris — where the artist would work — made four lightweight but rigid canvases to the exact specifications of the space in Gallery I.

Meanwhile in Madison, extraordinary planning was underway. Chazen staff worked with an engineer to devise a hanging system, and with art-handling experts to plan how the crated panels would safely move through the museum into Gallery I. The solution required special equipment and temporary de-installation of several galleries in both the museum’s buildings. Dine’s assistants from Paris and Walla Walla, Wash., travelled to the Chazen to consult on the process.

When the painting was finally done, it was packed in custom-made crates — the largest 28 feet long — and secured in a container. The container was trucked from Paris to a deep-water port where it boarded a freight ship to Montreal. From there, the container travelled by rail to Chicago, and then by truck to Madison.

Then the hard part began. “One of the complexities is the sheer scale of this thing,” says Panczenko.

Over the course of two weeks, the crates were unloaded, winched through the stairway in the Chazen building to the third floor, then carefully moved into the Elvehjem building. In Gallery I, art handlers used a custom-made cradle to lift the four panels precisely into place.

Dine arrived in Madison on Monday prepared to make finishing touches to the work once it was in place, but he was so pleased with the installation, and he declared the work complete.

A video is being produced about the creation and transport of the artwork; see a preview here. 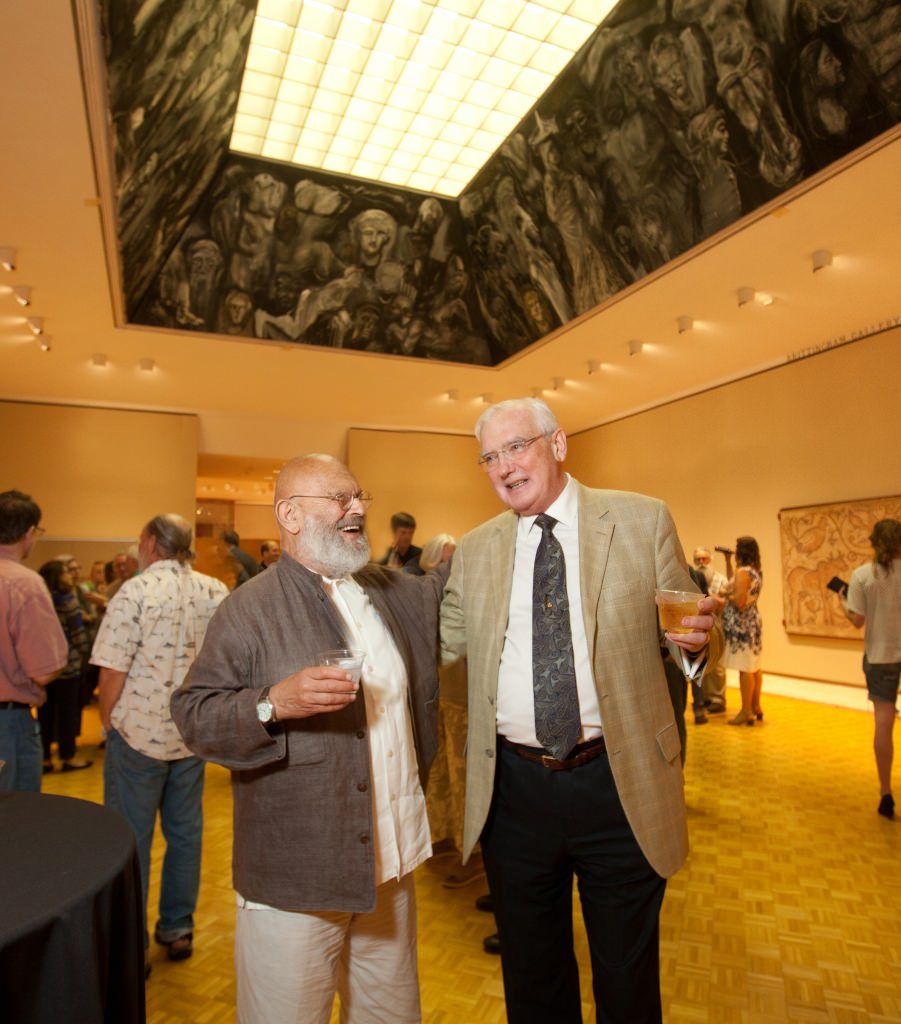