Jerome Chazen leaves lasting impact on UW–Madison and the arts 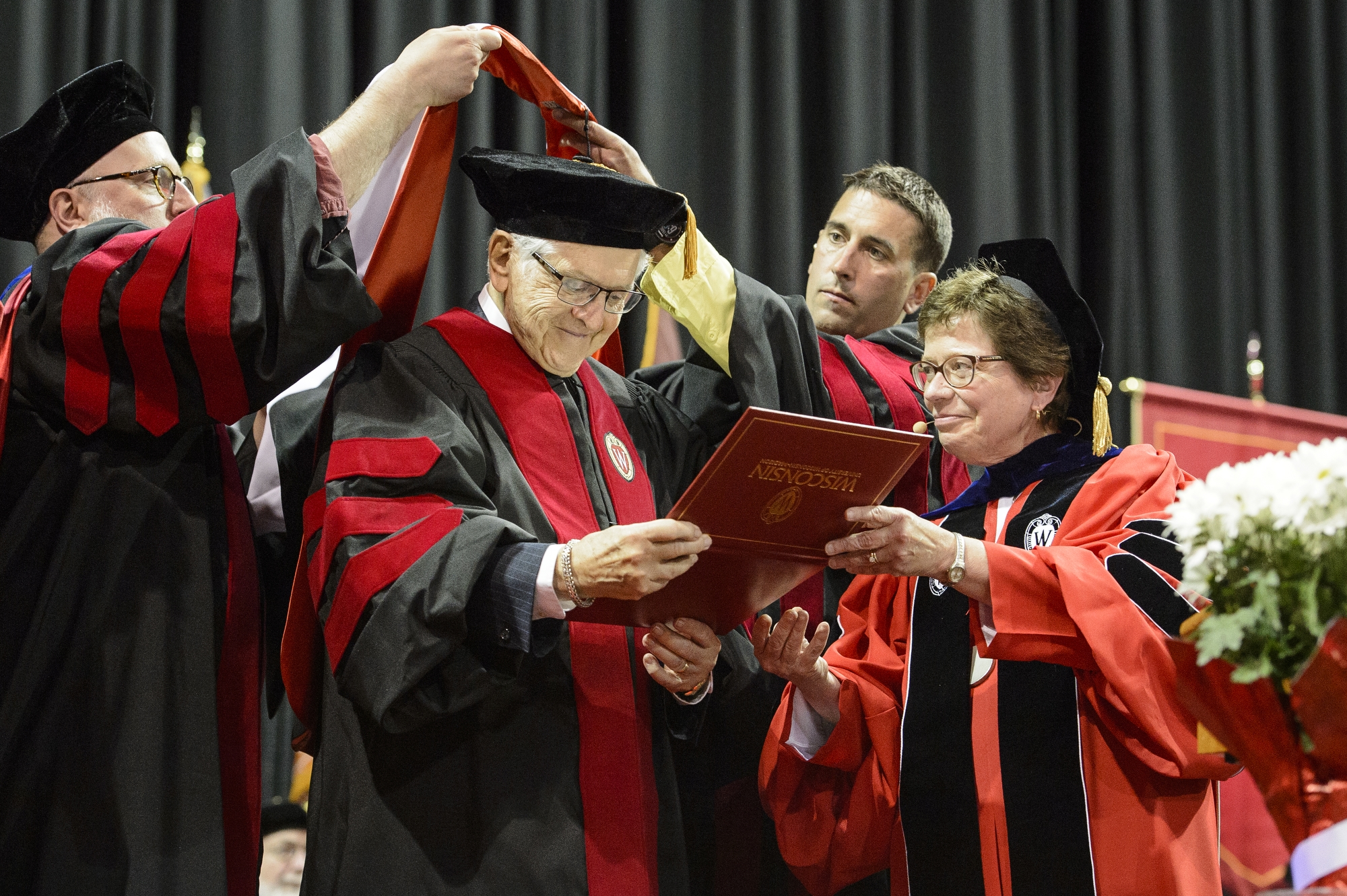 The university presented Chazen with an honorary degree in 2018 for his many contributions. Photo: Bryce Richter

Jerome A. Chazen, a philanthropist, fashion industry leader, arts enthusiast and advocate for education, died Sunday, February 6. He was 94.

Chancellor Rebecca Blank remembers Chazen as someone who found great joy in introducing new audiences to the art world. “Jerry was deeply devoted to the arts and to education,” she says. “His commitment to UW–Madison will live on in the Chazen Museum of Art and the many lives he touched.”

“I am deeply saddened by the news of Jerry Chazen’s passing,” said museum director Amy Gilman. “Since my arrival at the Chazen in 2017, Jerry was instrumental in providing guidance and support as I navigated my role as director and I will miss his candor and wisdom. He was a force in every part of his life – business, family, art collecting, philanthropy – and perhaps his most profound legacy will be his everlasting pursuit of his passions.

“I will forever cherish the memory of Jerry and I standing on the bridge between the two buildings that comprise the Chazen, and discussing how the museum had grown and changed, and what we could envision for its future. As I continue to lead this great institution, I promise to always do so in the spirit of Jerry Chazen – with fervor, intention, and generosity.”

Chazen and his wife of 72 years, Simona, met while students at UW–Madison. As alumni, in the 1980s, they became active in what was then the Elvehjem Museum of Art. By 1997 Simona Chazen had joined its advisory council. In 2000 the couple made their first gift of art to the museum, Harvey Littleton’s “Red Squared Descending Form” (1982).

In 2005 the museum was renamed in honor of their lead gift, which made possible the museum’s 2011 expansion. Together they served on the museum’s advisory council for more than 20 years. The Chazens have already given many works of art to the museum and a large part of their remarkable collection will eventually enter the collection. 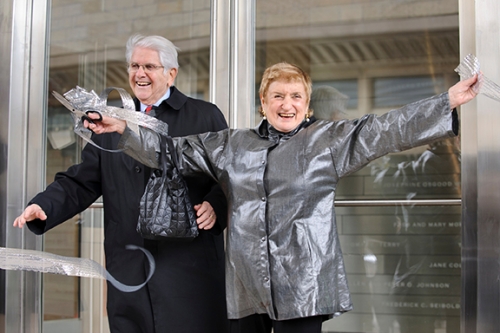 Jerome and Simona Chazen cut a ceremonial ribbon to celebrate the 2011 opening of the Chazen’s expansion. (Photo by Jeff Miller/UW-Madison) Photo: Jeff Miller

Born March 21, 1927, in New York City, Jerry Chazen received a bachelor’s degree in economics from the University of Wisconsin–Madison in 1948. He credited a UW–Madison art history course with awakening his interest in the visual arts.

He earned an MBA from Columbia Business School in 1950 and in 1977 became one of four founding partners of Liz Claiborne Inc., steering its phenomenal growth and success in the 1980s. He also served as founder and chairman of Chazen Capital Partners, a private equity firm in New York. Over time, Jerry and Simona made a family of their own, including three children, Kathy, Louise and David.

At UW–Madison, the Chazens endowed the Chazen Family Distinguished Chair in Art in the university’s School of Education where daughter Kathy Chazen ’74 is a member of the Board of Visitors; and the Simona and Jerome Chazen Distinguished Chair in Art History in the College of Letters and Sciences. Jerry Chazen served on the board of directors for the Wisconsin Foundation and Alumni Association and received an honorary doctoral degree from the university in 2018.

Chazen also gave of his time and financial resources to help improve the lives of survivors of domestic violence. He inspired U.S. students to acquire a global education, and he endorsed the importance and accessibility of the visual and musical arts. The Chazens provided support and leadership to numerous art and music organizations including the Museum of Arts & Design in New York and the Newport Jazz Festival.

A funeral service will be held February 8 at 9:30 a.m. Eastern Time at Riverside Memorial Chapel in Manhattan and via livestream.

Jerry Chazen will live on through his many contributions, leaving a legacy that will continue for many years to come.