Inspired by King, students share a day of service and reflection 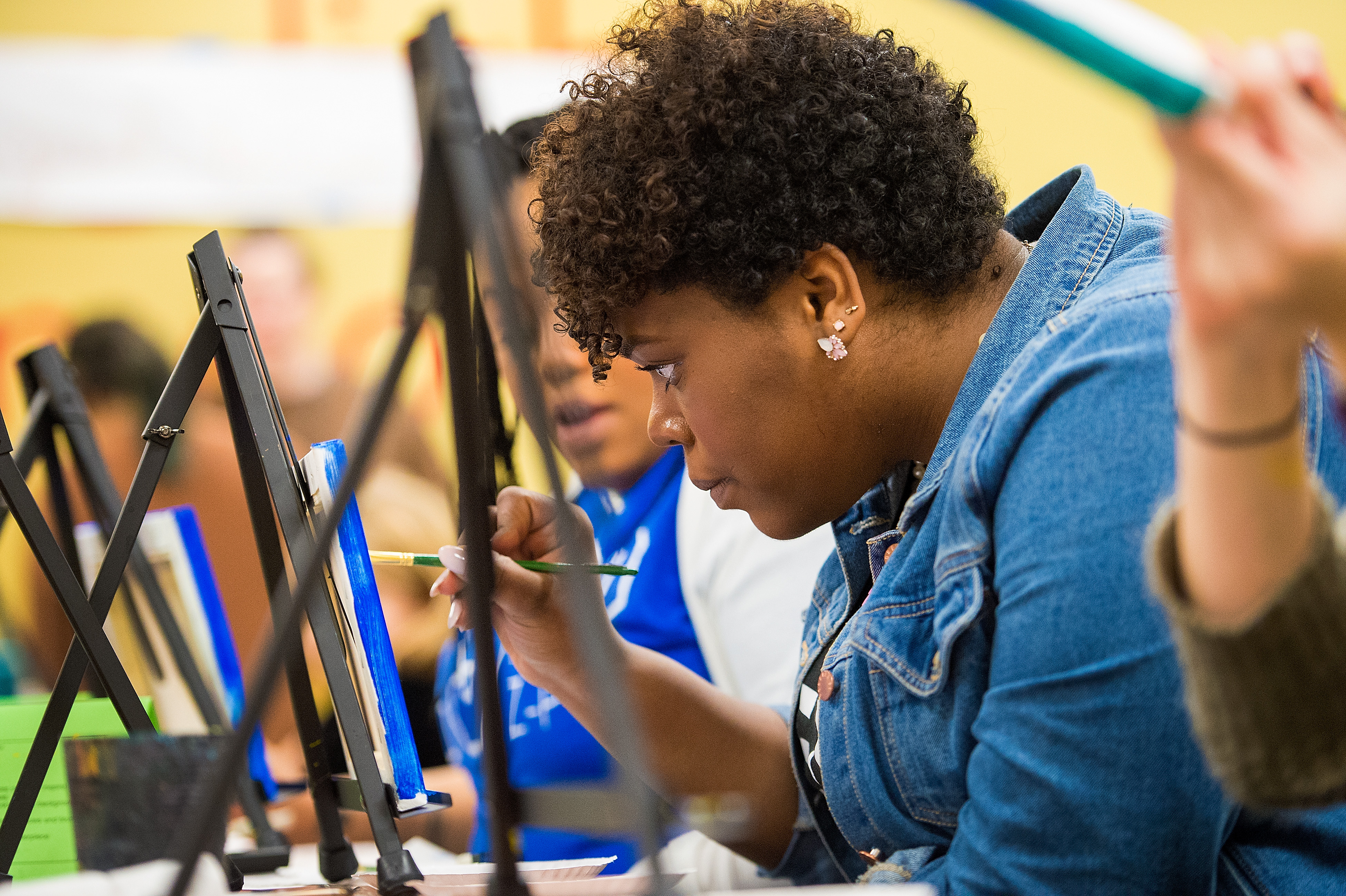 Martin Luther King Jr. is known for poetic words and heroic actions. On Monday, the University of Wisconsin–Madison community came together to consider King’s legacy and how he continues to inspire. It was both a recognition of progress made and a reminder of the work that yet needs to be done.

The event included student speakers, conversation, an art project and a food drive to support The Open Seat, a food pantry on campus.

“Donating a box of cereal or donating $10 doesn’t seem like much but history teaches us small acts lined together can form a chain of hope,” said Patrick Sims, UW–Madison’s vice provost and chief diversity officer. “Be part of the first link in that chain.”

Students spoke about the impact King had on their lives and how he’s inspired them to continue his work.

Penda Smith, a freshman First Wave Scholar from New York City, talked about the struggles and triumphs of black women from Coretta Scott King to Michelle Obama and dedicated poems in their honor.

Matthew Lewis, a senior from Milwaukee, spoke of the pain and fear caused by incidents like the 2015 shooting of 12 people at a church in Charleston, S.C. King’s words shouldn’t be used to silence pain, he said.

“No matter how uncomfortable it may make us, we can’t rewrite history. Dr. King’s voice was not passive,” Lewis said. “His voice did not seek to make black rage palatable. His voice simply said, in the most peaceful way possible: We as a people are tired. It said, I love you enough to see your humanity even in the moments you do not see mine. It said to marginalized people, I see you. I see your pain is valid, and yet we must keep moving.” 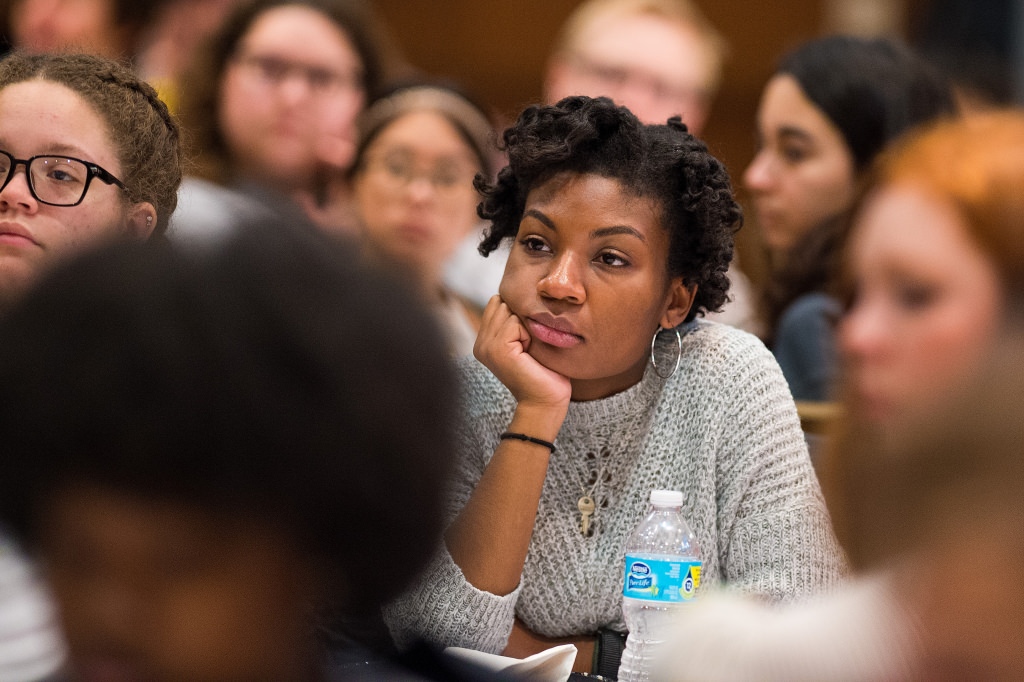 UW–Madison students, faculty, and staff come together with members of the Madison community during a Martin Luther King Day Celebration at Varsity Hall at Union South. Photo by: Bryce Richter 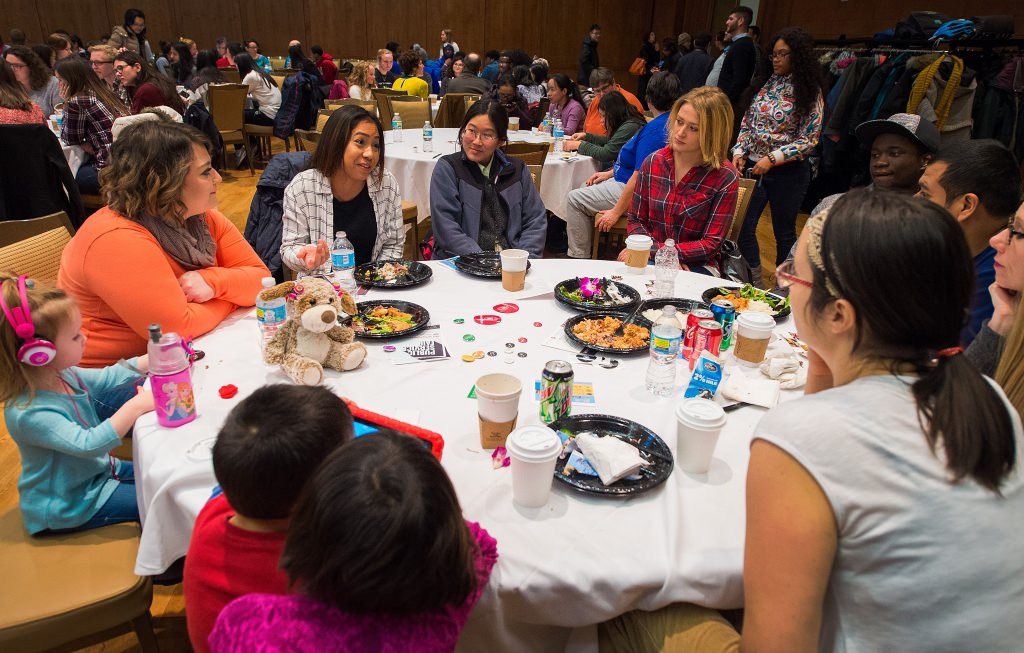 Participants discuss the legacy of Dr. King and opportunities to build community. Photo by: Bryce Richter 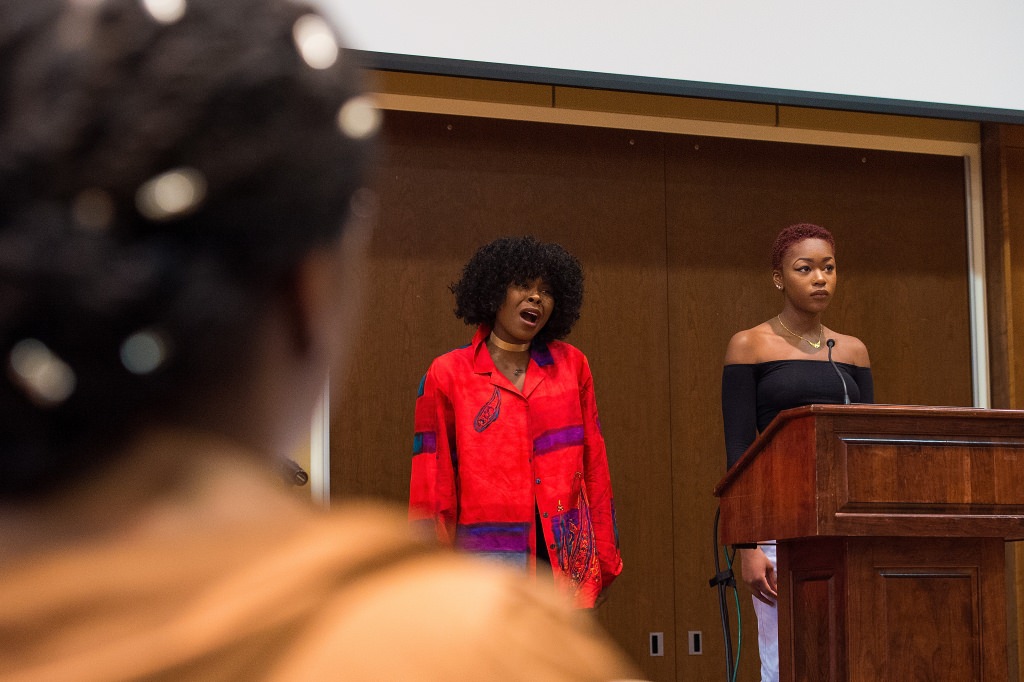 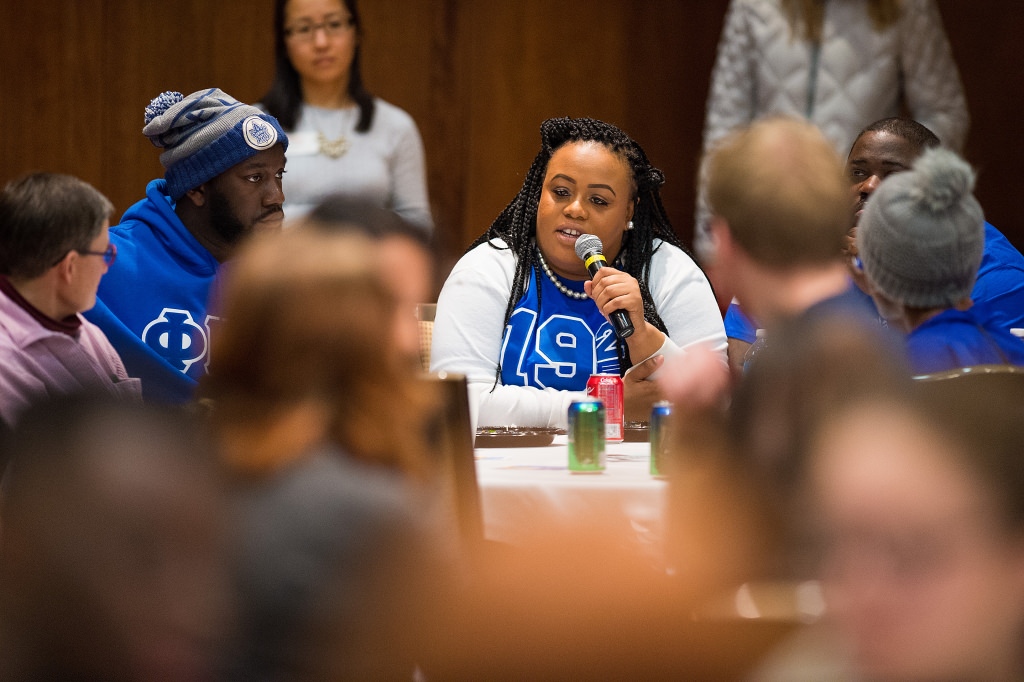 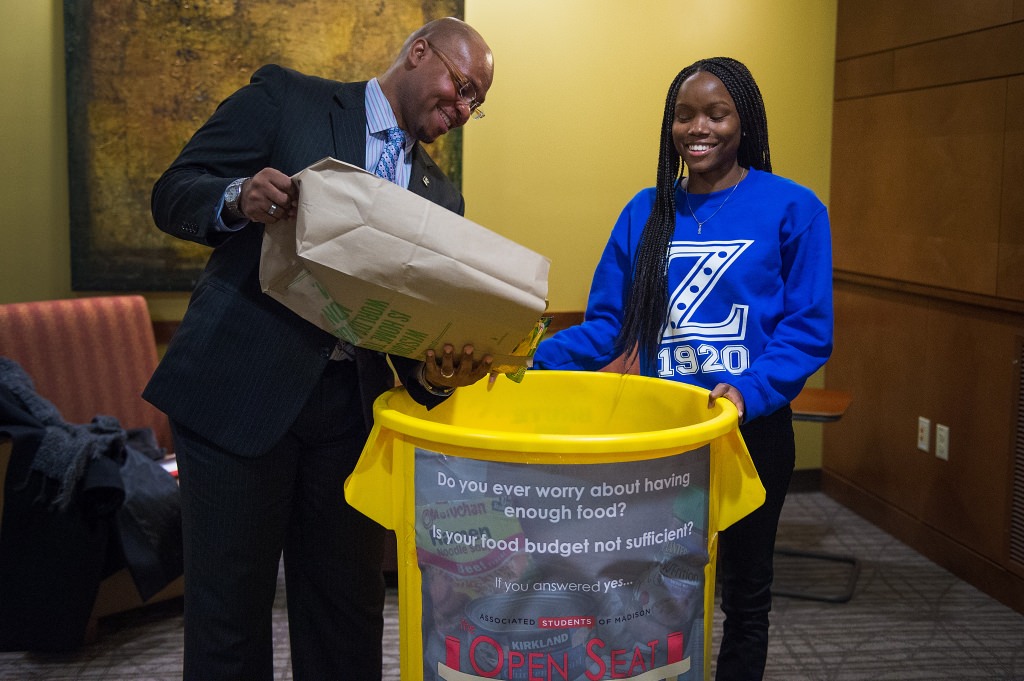 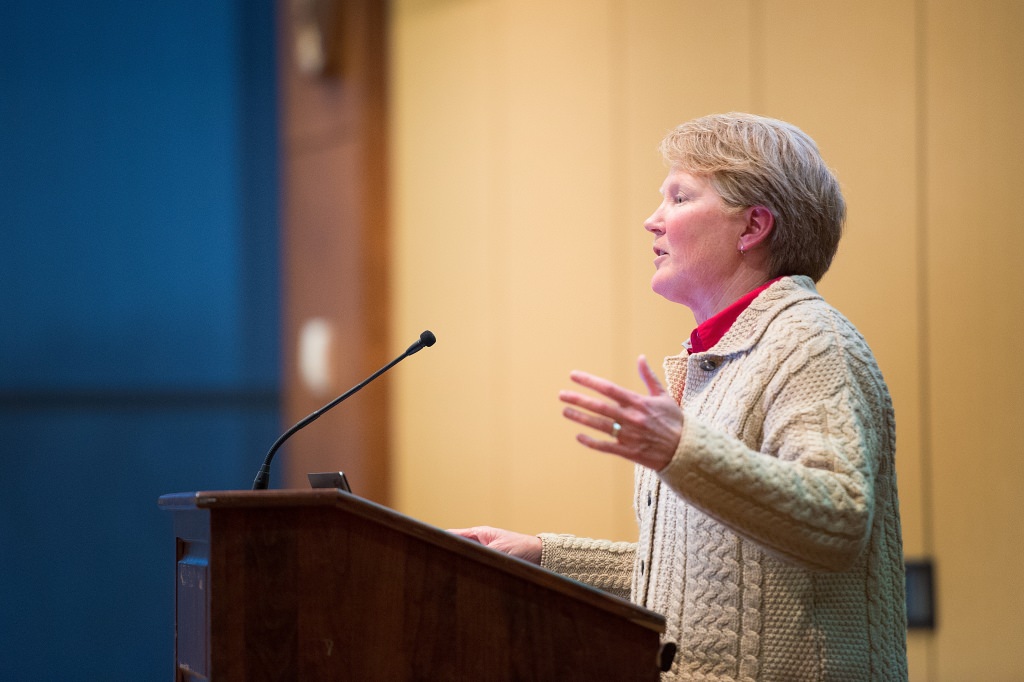 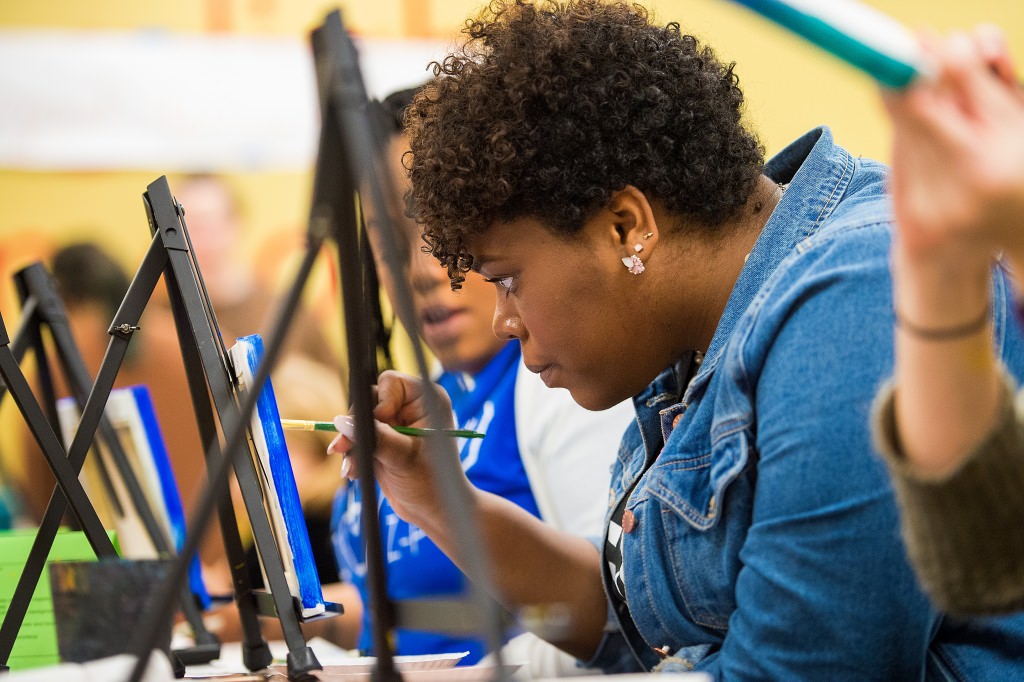 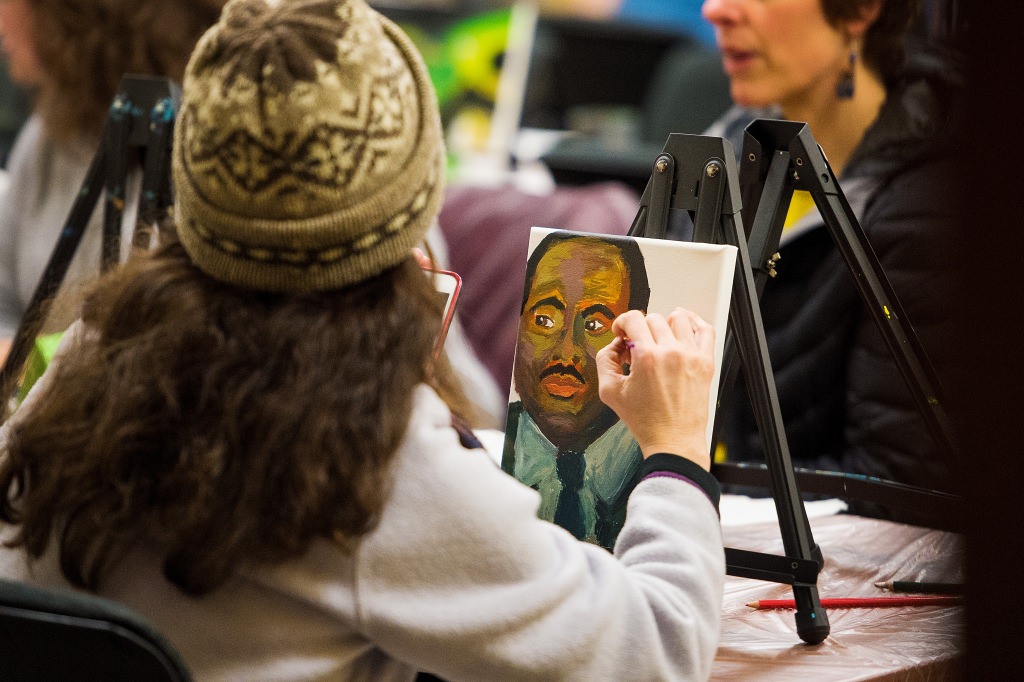 Gretchen Carvajal, a senior and First Wave Scholar from California, recalled what it was like coming to the United States from the Philippines when she was just 7 years old. Kids were cruel, but she took comfort in memorizing part of King’s “I Have a Dream” speech for school even if she was too young to understand all of the words at the time.

“Dr. King taught me I had the power to create change,” Carvajal said. “He taught me discomfort is the precursor to greatness.”

“Your freedom will not fall in your lap. Justice is never easy,” he said. “It should be, but ‘should be’ never broke anybody’s chains.”

Vice Provost and Dean of Students Lori Berquam said she hopes the conversation and the service inspired by King will continue beyond the day that honors him.

“Thank you for moving us. Thank you for sharing from your heart,” Berquam said to the student speakers. “Thank you for being real. It’s what I hope all of us will carry when we leave here.”

The UW–Madison MLK Day Celebration is a collaboration between the Morgridge Center for Public Service, the Center for the First-Year Experience, the Multicultural Student Center and Pathways to Educational Achievement, with funding from the Office of the Dean of Students, the Office of the Provost and the School of Education.