The primarily undergraduate student team behind Badgerloop, who are attempting to create an ultrafast, futuristic form of transportation. Photo credit: Renee Meiller, UW–Madison College of Engineering

The UW–Madison Badgerloop team this week will reveal Badgerloop Pod III — its latest entry into the 2018 SpaceX Hyperloop Competition, an event designed to spur new ideas about an ultrafast, futuristic form of transportation.

The reveal will take place from 7 to 9 p.m. April 19 at an event in Varsity Hall at Union South on the UW–Madison campus. 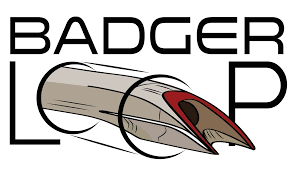 Designed to achieve a top speed of more than 300 miles per hour, the pod (and team members) will travel to SpaceX headquarters in Hawthorne, California, in July 2018 to vie for the top prize in the third annual Hyperloop Competition. There, the teams with standout designs can test their prototypes on the mile-long, vacuum-sealed Hyperloop test-track in hopes of having the fastest pod.

In prior years, the UW–Madison team received unprecedented back-to-back innovation awards for their pods’ unique designs. In 2018, thanks to an entirely redesigned propulsion mechanism and substantial updates to the pod’s electrical system, the team is optimistic about its chance to earn one of the competition’s top honors.

“I’m excited to see how fast it can go,” says Badgerloop president Kali Kinziger, a senior majoring in communications. 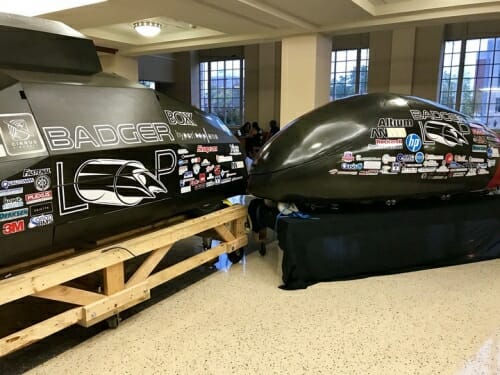 Unlike those in previous competitions, pods in the 2018 competition must be entirely self-propelled instead of receiving initial propulsion from the SpaceX pusher. That means the crafts must be capable of accelerating from a complete stop to roughly one-third the speed of sound in a matter of seconds.

Likewise, pods must also successfully slow down at the end of their run without being destroyed.

“The nature of the project is pretty demanding,” says propulsion team lead Mark Swartz, a senior majoring in mechanical engineering.

Pod III is driven by a mechanical wheel and features a strong yet lightweight carbon-fiber chassis. In the weeks leading up to the big reveal, the team has been working nearly nonstop to install propulsion, navigation and braking systems.

Not only is the project technically demanding, the team members must also balance the rigors of their academic pursuits with the time they spend building the pod. Badgerloop is an entirely student-led organization consisting of more than 50 students, primarily undergraduates, from departments across the university. The group works nights and weekends to design and build the pod using a combination of on-campus resources and sponsor-donated materials.

The pod reveal event is free and open to the public.