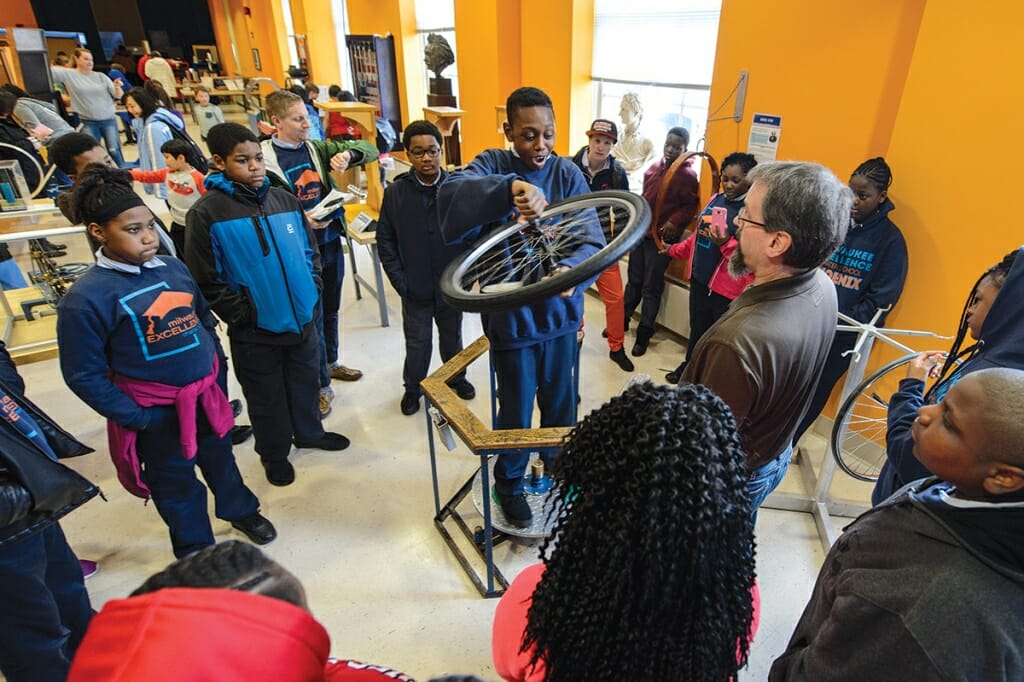 Steve Narf leads students from the Milwaukee Excellence Charter School on a tour of the L.R. Ingersoll Physics Museum during a Bucky’s Classroom event in 2017. Photo: Bryce Richter

“I was always a tinkerer,” Steve Narf explains from his Chamberlin Hall workshop lined with towering cabinets, each one stuffed with an amazing array of tools, bolts and wires.

It seems fitting, then, that the Madison native returned to his hometown 22 years ago from the Twin Cities to manage the L.R. Ingersoll Physics Museum on the campus of the University of Wisconsin–Madison. As he builds and fixes the museum’s 70-plus hands-on exhibits, Narf designs experiments, solves puzzles and, well, tinkers — all in the service of physics education. 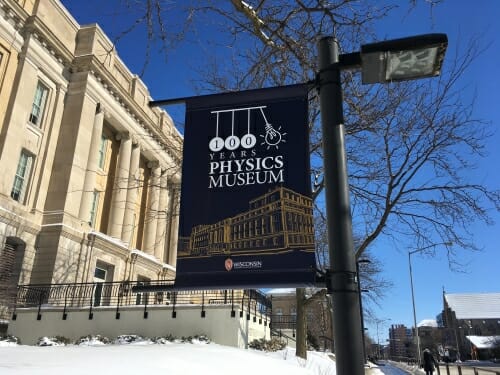 The museum is located in Chamberlin Hall on the UW–Madison campus. Photo: Eric Hamilton

Narf views it as a place to encourage the next generation of tinkerers. In 2017, more than 5,000 schoolchildren on scheduled tours and 9,000 walk-in visitors entered the free museum to spin bicycle-wheel gyroscopes, crank electrical generators, and yank on pulleys. Each exhibit demonstrates a physical law, explained by printed placards or in person by Narf and his student docents.

“It’s putting the physics at the fingertips of the kids, so they can play around with it,” he says. “We’re always catering to the kids.” The thick stack of thank-you notes next to Narf’s desk points to just how much young visitors enjoy the experience.

The museum was established 100 years ago by its namesake, Leonard Ingersoll, and Benjamin Snow, two physics professors who wanted to extend their teaching mission beyond the classroom. Some exhibits, such as the differential gears, date back to Ingersoll’s days; others teach science, such as chaos theory, that had yet to be discovered in 1918. 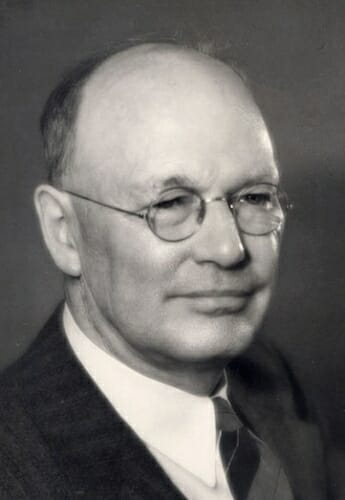 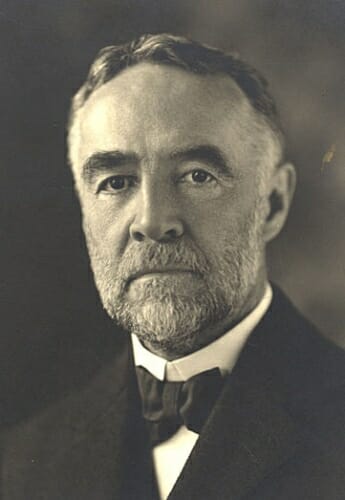 During his long tenure, Narf has tinkered with the museum itself, too. He established the student-worker docent program and has added more than 30 exhibits. Now he’s trying to raise funds to hang a Foucault pendulum, which demonstrates the earth’s rotation, in the light well outside the museum.

Its founders would recognize Narf’s vision.

“Snow was really wanting to get more people interested in science, and he thought having experimental things around where people can throw switches, and push buttons, and have something happen would drive interest in science,” says Narf.

“We’re trying to carry on that legacy.”

This story was originally published in On Wisconsin magazine