Incoming freshmen say SOAR prepares them for life as a Badger

Incoming freshmen talk about challenges they may face when coming to UW–Madison in a discussion session on Bascom Hill during a June 28-29 SOAR. The discussion is led by a New Student Leader who gives new students advice about how to transition to UW. Emily Hamer

With a 936-acre campus and more than 43,000 students, the University of Wisconsin – Madison can be daunting, especially if you’re coming here for the first time.

To make the transition to college a little easier, all incoming students attend Student Orientation, Advising and Registration, or SOAR.

Carren Martin, director of the Center for First Year Experience, said there has been a program called SOAR for more than 50 years, but what we think of as the more modern SOAR dates back to the late ‘80s.

Today, SOAR is a two-day orientation that introduces new students to academics and student life, one of the primary parts of the program being registering for classes. Parents are also encouraged to come and have their own schedule of programming, such as information on health and safety, study abroad and finances. Families can stay overnight in a dorm if they choose.

Martin said while some students come to UW skeptical about the two-day orientation, exit surveys show that incoming freshmen find the program helpful, many even saying it put them at ease.

“I came super overwhelmed and I left completely at peace.”

As freshman Noah Wood walked down University Avenue with around four other guys he had met at the beginning of the June 28-29 SOAR, Wood said he was surprised by how friendly everyone was.

“Right away we sat by each other,” freshmen Joao Catoa chimed in about how he met Wood and the other guys. “We’ll see each other around in Southeast [in the fall],” Catoa said.

Incoming freshman Andraya Green, who also attended SOAR June 28-29, said she can get shy when she’s around a lot of new people so it was helpful to meet some of her peers and get advice about how to make new friends.

“I came super overwhelmed and I left completely at peace,” Green said.

Whether by meeting new people, learning about opportunities, making a schedule or getting advice from peer advisors, this year’s incoming freshmen said their SOAR experience made them feel comfortable becoming a Badger. 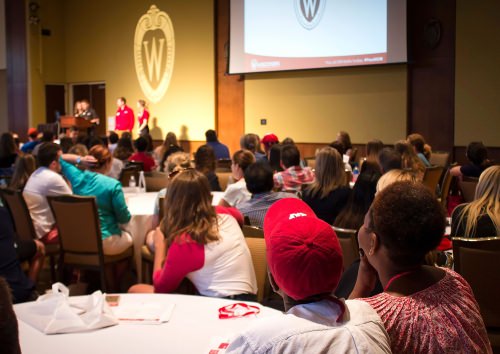 Martin said different students have different priorities and it’s important to have a comprehensive program that meets everyone’s needs. The hope is to give students the “best possible start” at UW–Madison, Martin said.

Many students — including freshmen Wood, Catoa, Green, Alexa Vogel and Jordan Leb — said one of the best parts of experiencing campus was meeting new people.

“It’s definitely the most welcoming school I’ve visited,” said Leb, who is from Cleveland, Ohio.

Vogel and Leb, who are both planning to major in business, said they were able to make friends with other incoming business students who they might have classes with in the future.

Another common theme among incoming students was excitement over picking classes and planning their schedules. Vogel said she liked learning about all the different scheduling options — she had no idea that a college schedule was so flexible.

Catoa, who plans to major in biochemistry, said he’s looking forward to taking classes that interest him.

“I’m excited to meet these crazy smart professors and see if they match up to what I have in my mind,” Catoa said.

Wood, who is coming from California to major in electrical engineering, said UW–Madison has a lot of different academic opportunities he wants to take advantage of. It has many more resources than high school, he says.

Incoming freshman Bailey Nandory said she is excited she has room to double major in bass performance and entomology — even though those fields have completely unrelated core classes. And before her entomology exams she said she would “definitely” rub Abe’s foot for good luck, a tradition Nandory was introduced to on her campus tour during SOAR. 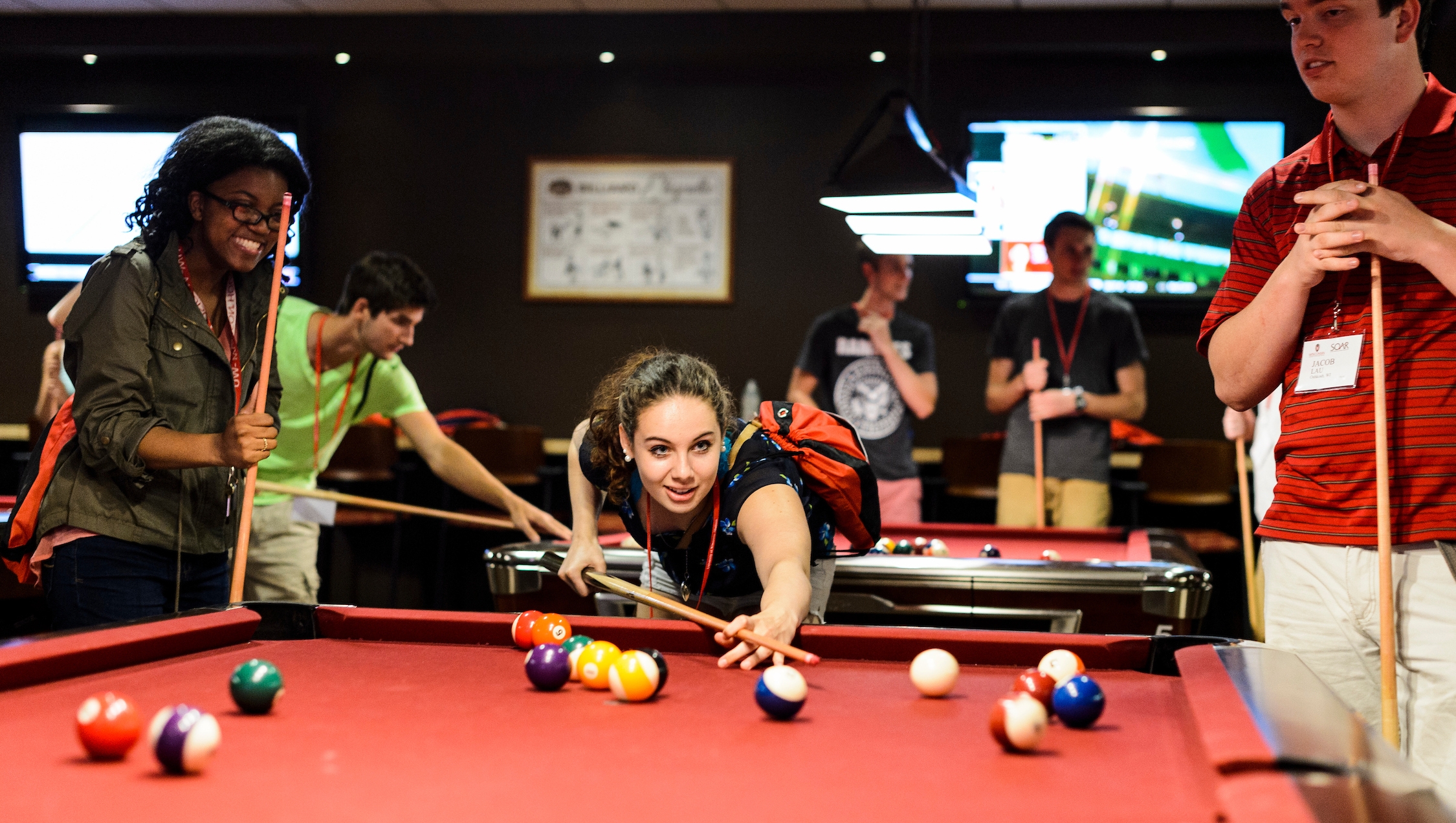 Incoming first-year undergraduates play billiards and socialize during a Student Orientation, Advising and Registration (SOAR) game night event at Union South’s The Sett at the University of Wisconsin–Madison on June 20, 2016. Photo: Jeff Miller

Beyond academics, Nandory said the New Student Leaders, or NSL’s, helped her discover ways she could get involved on campus. Nandory didn’t realize you could work for SAFEwalk, something she would be interested in applying for when she comes to UW.

Many freshmen who attended SOAR said they appreciated finding out about different ways they could become involved on campus. Green said she wants to join an intramural team and get involved in a Christian club. Vogel and Leb said they want to join Badger Volunteers.

Getting different perspectives from the NSL’s, current students who answer questions about transition-related topics, was something Vogel, Leb, Nandory and Catoa all pointed to as being particularly helpful.

“The best part was when [the New Student Leaders] were genuine with you and actually talked about stuff that matters — the real stuff,” Catoa said. “Like when she sat down with us and gave us the numbers to like SAFEwalk, UWPD non-emergency and all that stuff.”

In the small group discussions the NSL’s also talked with incoming students about transportation, good places to eat, sporting events, how to be safe, and more, Catoa said.

In her group, Nandory said she and her fellow Badgers talked about the importance of making campus inclusive and promoting diversity.

“A lot of what we talked about was creating a campus that we really want to be a part of and that we want other people to be a part of,” Nandory said.

Students also participated in an activity where they listed people who play an important role in their lives — like a best friend or someone who has helped them in a time of need — then listed their race, religion, gender, sexual orientation and other characteristics.

“Your roommates and people who are living around you are going to be so different from you, but you should learn from that.”

For most students, Catoa said, everyone on their list was “pretty much the same.” Catoa, who is originally from Brazil, said he thought it was important for incoming students to realize that coming to UW is going to be a more diverse experience.

Leb said she appreciated the email that Dean of Students Lori Berquam had sent out about the importance of diversity.

“Last week we got an email from the dean saying how it was really important knowing that your roommates and people who are living around you are going to be so different from you, but you should learn from that,” Leb said.

Knowing that UW was committed to inclusivity made Leb feel welcome coming to campus.

For Green, the friendliness and openness of everyone at SOAR made the campus of 43,000 feel a little smaller.

“Everyone was super helpful,” Green said. “Anything I needed there were always people here to help and put me at ease with coming from such a small town to such a big place.”