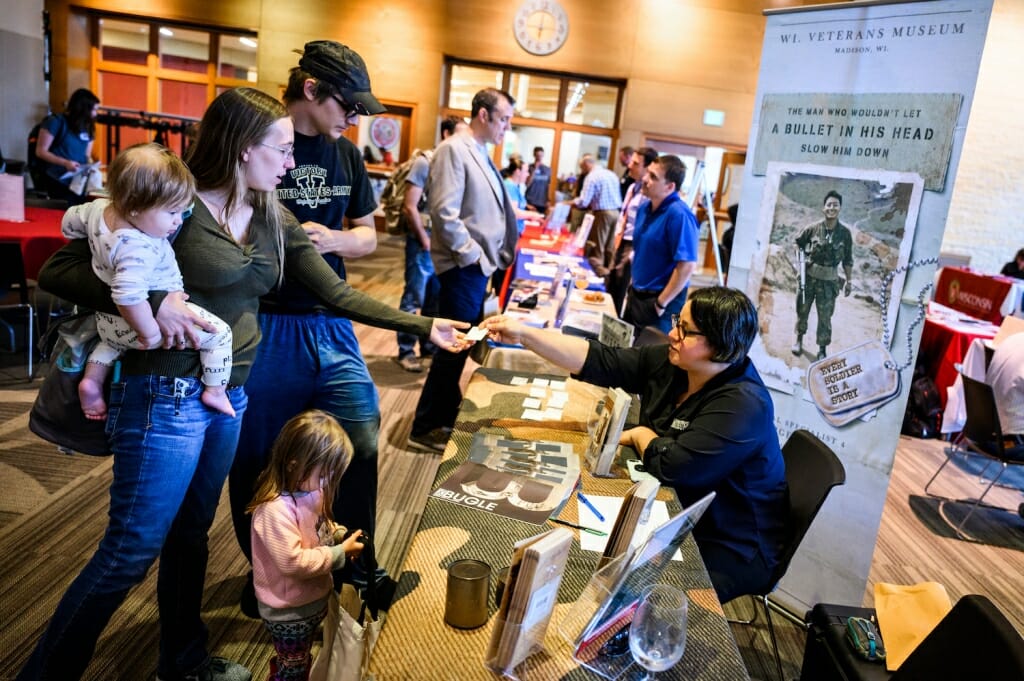 UW–Madison freshman Mirana Whaley and her family talk with a program representative from the Wisconsin Veterans Museum during a University Veteran Services Welcome Event for military-connected students Sept. 25 at Dejope Residence Hall. Whaley is a Navy veteran pursuing a degree in neurobiology. Her husband is an Army veteran. Photo: Jeff Miller

Mirana Whaley swears she can pick out fellow military veterans on campus simply by the way they walk.

“It’s more purposeful,” says Whaley, a UW–Madison freshman. “We’ve got places to go and stuff to do. We don’t walk slowly.”

Whaley attributes her quickened pace to the rigid structure of active duty. She spent the past four years in the U.S. Navy, mostly stationed in Norfolk, Virginia. Now, as she adapts to college life, she’s not always sure where she fits in among undergraduates.

“I’m not that much older — I’m 22 — but my life experiences have been so different than 95 percent of the students here,” she says. 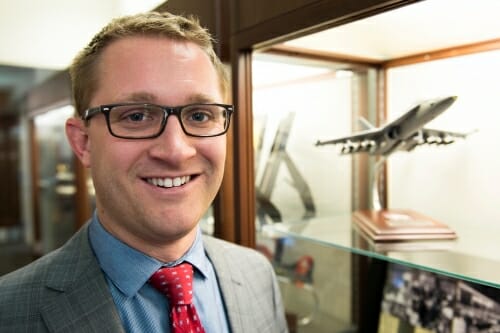 One resource she’s found helpful is University Veteran Services. Opened in 2014, the office supports all military-connected Badgers. It is located on the 10th floor of 333 East Campus Mall and staffed by Joe Rasmussen and Jolene Anders, both military veterans and UW–Madison alumni.

As the office marks its fifth year on campus, it is undertaking its mission with several new initiatives, a new name, and its first female veteran staff member in Anders, hired in January. The office has taken the lead in planning Veterans Week, a series of events Nov. 11-15 to honor military service members. For a schedule of events, see wisc.edu/veterans.

Prior to this fall, the office was known as the Veteran Services and Military Assistance Center. Rasmussen, who leads the office as the senior veteran services coordinator, says the new name rolls off the tongue a little easier and better captures the center’s role, which is to serve military-connected students through their entire university experience, from pre-application to post-graduation. In another change, University Veteran Services has moved from being under the auspices of the Office of the Registrar to Student Affairs, where it is now part of identity and inclusion programming.

Nearly 900 UW–Madison students are veterans or currently serving in the military. Another 2,000 or so students have an immediate family member who is a veteran. This is the total population University Veteran Services seeks to serve. The common denominator among all of the office’s new initiatives is to make sure these students feel a strong sense of belonging on campus, Rasmussen says.

“Early on, I’d say our focus was a little more reactive — a student would come to us with a problem, and we’d help solve it,” Rasmussen says. “That’s still a very important part of what we do — and always will be given the complexity of GI Bill benefits — but as the office evolves we’re trying to think more deliberately about how we can create community among our student veterans.” 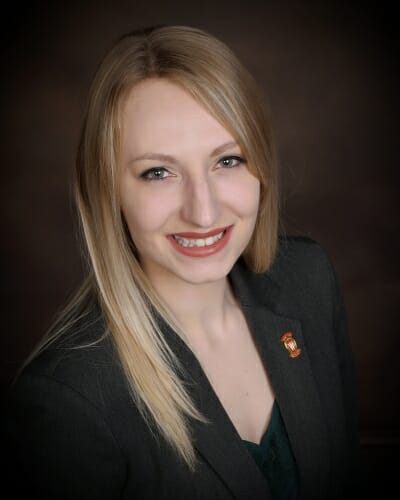 The new initiatives include a peer-support mentoring program, a series of monthly “lunch and learn” informational sessions, and a drop-in monthly coffee club for women veterans. Anders started the latter, drawing upon her own experiences at UW–Madison.

Anders grew up in Holcombe, Wisconsin, and entered the Army National Guard right out of high school. After basic training, she returned to Wisconsin and began a bachelor’s degree in political science at UW–Madison during the spring 2012 semester. She deployed twice as a college student, first to Afghanistan for six months, then to Iraq for nine months. She completed her degree in May of 2019.

“I relate to all the students we work with in a lot of different ways,” she says. “I had my own frustrations as a college student. I felt a lot older than a lot of students. I wasn’t finding people in my classes to be friends with, yet I wasn’t seeking out the veteran community, either.” 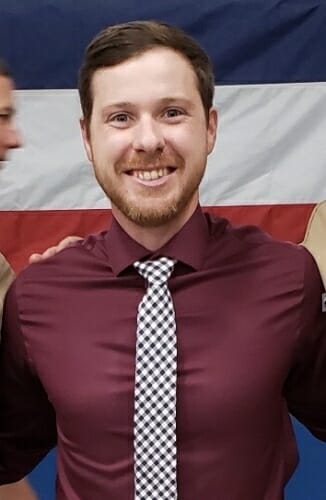 The mentoring program grew out of similar feedback from student veterans, says senior Aaron Goodwin, a Navy veteran from Glenwood City, Wisconsin. He’s the student team leader for the program and one of 11 upperclassmen who serve as mentors. Together, they are mentoring 55 undergraduates new to campus this fall.

“As mentors, we’re people these students can get to know and can reach out to if they need help or have a question,” Goodwin says. “But it’s not just about crisis management. It’s about creating an ongoing relationship.”

Interest in the mentoring program has been robust, which doesn’t surprise Rasmussen, a Marine Corps veteran from Janesville who earned his master’s degree in social work from UW–Madison in 2012.

“When you talk to people about their experiences in the military, you hear a theme of camaraderie,” he says. “In the military, you live, work and socialize with the same group of people every day. And then you come here, and you lose that team sense. The mentoring program is just one way we’re trying to address that void.”

This fall, University Veteran Services hosted a welcome event at Dejope Residence Hall featuring more than 30 local and campus resources. The office had held other resource fairs, but never one of this size or scope. Students noticed. 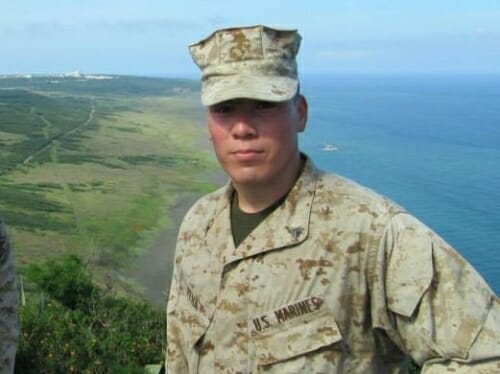 “There were more people than I thought there would be, both vendors and students,” says junior Enrique Peña, a Marine Corps Reserve member from Muskegon, Michigan.

Peña is an officer with the UW–Madison chapter of Student Veterans of America, a campus student organization. University Veteran Services is being more deliberate in including the student organization in events and in helping the group elevate its student veteran voice.

“I have only positive things to say about University Veteran Services,” Peña says. “They’re really moving in the right direction as far as being proactive and connecting student veterans with the resources they need.”