Sound smarter at parties with these fascinating facts 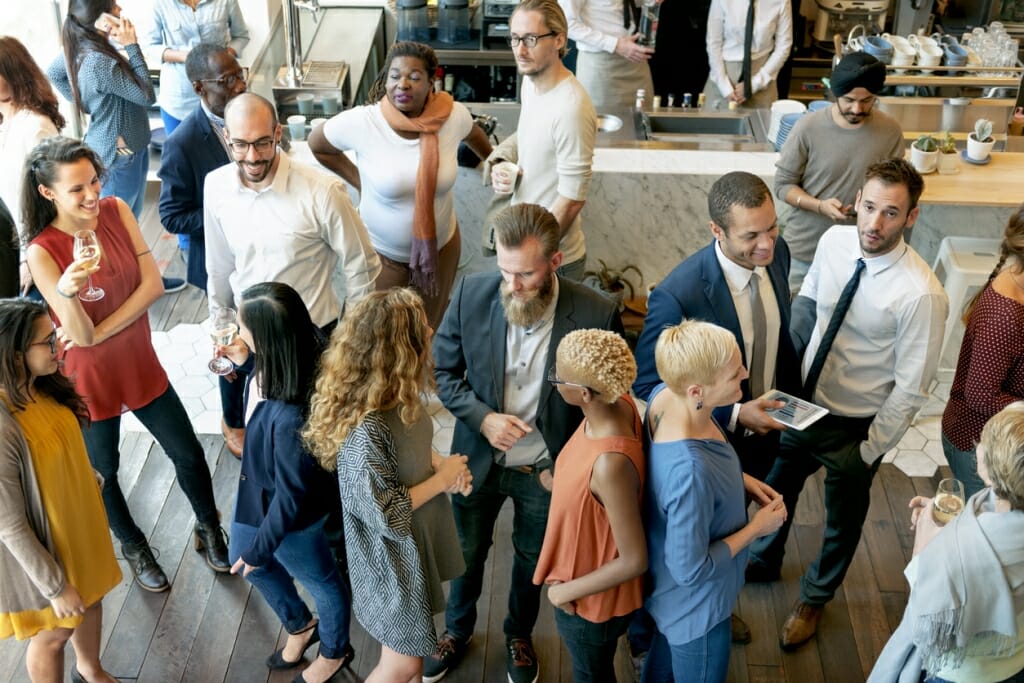 Here are some fascinating facts you can bring up in conversation when mingling at holiday parties. Photo: Rawpixel, via iStock

The holidays bring lots of social gatherings, which mean lots of conversations.

Not sure what to talk about? Here’s some help.

For the past couple of years, Inside UW has introduced new faculty members to campus via New Faculty Focus, a Q & A sharing a bit about them and their areas of expertise. Along with some standard questions about where they’re from, what they like about UW–Madison, and what their research is about, we ask, “What’s something interesting about your area of expertise you can share that will make us sound smarter at parties?”

Read on for some of our favorite responses. Whether you use the information to impress your friends or just learn something interesting for yourself, consider this a gift from some of your new campus colleagues.

Contrary to popular belief, the “War of the Worlds” radio play didn’t cause widespread hysteria. There were some people who misinterpreted the broadcast as a news report, but most of them simply called either the police or their local news outlets to determine the veracity of the broadcast. So while the image of people panicking in the streets and weeping in churches is certainly more entertaining, the reality is that the impact of the incident was largely exaggerated.
—Kate Christy, assistant professor, journalism and mass communication

What we know as the banjo in the United States is likely a modified version of the ngoni, a string instrument originally from West Africa, which enslaved individuals brought from Africa. You can learn more about the history of the African origins of the banjo in Béla Fleck’s 2008 documentary “Throw Down Your Heart.”
—Jacqueline-Bethel Tchouta Mougoué, assistant professor, African cultural studies

The trend in opera today eschews the old style, in which singers essentially stood, sang, and made rather meaningless arm gestures. That old school practice is commonly known in operatic circles as “Park and Bark.”
—David Ronis, assistant professor, music

Lin-Manuel Miranda wrote the Spanish lyrics for the most recent revival of “West Side Story” … He met Stephen Sondheim when he worked on that project, who asked him what he was going to do next (after his hit musical “In the Heights”). Miranda said he was thinking about a musical based on the life of Alexander Hamilton and Miranda said Sondheim threw back his head and said, “That’s a fantastic idea.” That’s what kept Miranda going during the writing of Hamilton when he’d have trouble with something. He knew he was on the right track if Sondheim liked the idea.
—Margaret Butler, associate professor, musicology

Unlike humans that can breathe only oxygen (a gas), many microbes can breathe solid compounds.
—Karthik Anantharaman, assistant professor, bacteriology

The Earth is about 4.56 billion years old. The oldest mineral fragments that we have preserved from the early Earth are up to 4.37 billion years old … and the oldest continental crust that is still intact and for which the age is undisputed is about 4 billion years old. … There’s a lot of missing history in the earliest part of the terrestrial rock record, but there are several people at UW–Madison trying to parse out what we can from the little amount of material we have.
—Annie Bauer, assistant professor, geoscience

Lake Mendota is one of the most studied lakes in the world. For instance, we have more than 150 years of lake ice data. In the 1850s, Lake Mendota averaged about 120 days a year with lake ice. Recently it has been closer to 80 days, and 2015-16 and 2016-17 were only 62 and 65 days. Lake ice is great for recreating. You can ski, fish, or just walk around, and it is accessible to everyone.
—Hilary Dugan, assistant professor, integrative biology

We know very little about the universe that we live in. The observable part of the universe is only about 4 percent. The 96 percent of it is made of what is called dark matter and dark energy. Many experiments all over the world, including the experiment that I work on (the CMS experiment at the Large Hadron Collider), are trying to figure out what this overwhelming majority of the universe is made of.
—Tulika Bose, professor, physics

Often people think of infancy and toddlerhood as a time when children are unaware of many things happening around them and assume that children will not be deeply impacted by stressors that the family is facing. In fact, early exposures, experiences and relationships provide the foundations for the child’s developmental trajectory and relational capacities across the life course.
—Tova Walsh, assistant professor, social work

Often, people think that allergies are predictable, but they can change and evolve over time. You might start out with an allergy to one particular food, like a particular type of nut, then later on find out that you’re also allergic to other nuts or foods. Reactions can change and evolve pretty dramatically, too and can become more or less severe over time.
—Anne Ersig, assistant professor, nursing

In contrast to common knowledge about what an American family looks like, it was only for a short period of time that American family was composed of a breadwinner, a non-employed mother, and two children. If you are interested to learn more about what families looked like for most of our history, read “The Way We Never Were” by Stephanie Coontz.
—Eunsil Oh, assistant professor, sociology

Many airlines split the passengers into several groups during the boarding. Yet, mathematical results indicate that this is actually bad and only slows down the boarding process.
—Vadim Gorin, assistant professor, mathematics

To many people’s surprise, there are no right answers in accounting. The judgments and estimates underlying the preparation of financial reports are numerous and can lead to very interesting incentives and a high degree of second-guessing that makes accounting much more a social science than a hard science.
—Tom Linsmeier, distinguished chair, accounting and law

The strongest knot for tying suture is called an Aberdeen and is a modification of a knot used to moor sailboats. It has a shady history, that it was used as a quick getaway knot for bank robbers on horseback.
—Amelia Munsterman, clinical assistant professor, large animal surgery