Hess reappointed as dean of the School of Education

Diana Hess has been reappointed as dean of the School of Education.

Every five years of their tenure, deans of the university’s schools and colleges undergo a comprehensive review to assess their academic and administrative leadership and performance. The reviews include interviews with faculty, staff and students, and with external stakeholders. The provost appoints the members of the review committee. 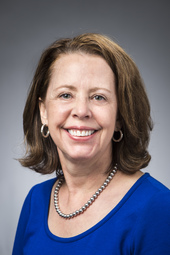 Hess became dean Aug. 1, 2015. She holds the Karen A. Falk Distinguished Chair of Education and was elected to the National Academy of Education in 2019.

Previously, she served as senior vice president of the Spencer Foundation in Chicago. Her connection to UW–Madison began in 1999, when she was hired as an assistant professor. Hess started her career in education as a high school social studies teacher.

Chancellor Rebecca Blank and Provost Karl Scholz wish to express their appreciation to the chairs and members of the dean review teams and to all who contributed their input to the reviews.

“The Chancellor, the university community, external stakeholders and I are all excited to have the opportunity to continue to support the wonderful work of the Wisconsin School of Education under Dean Hess’s leadership,” Scholz said.