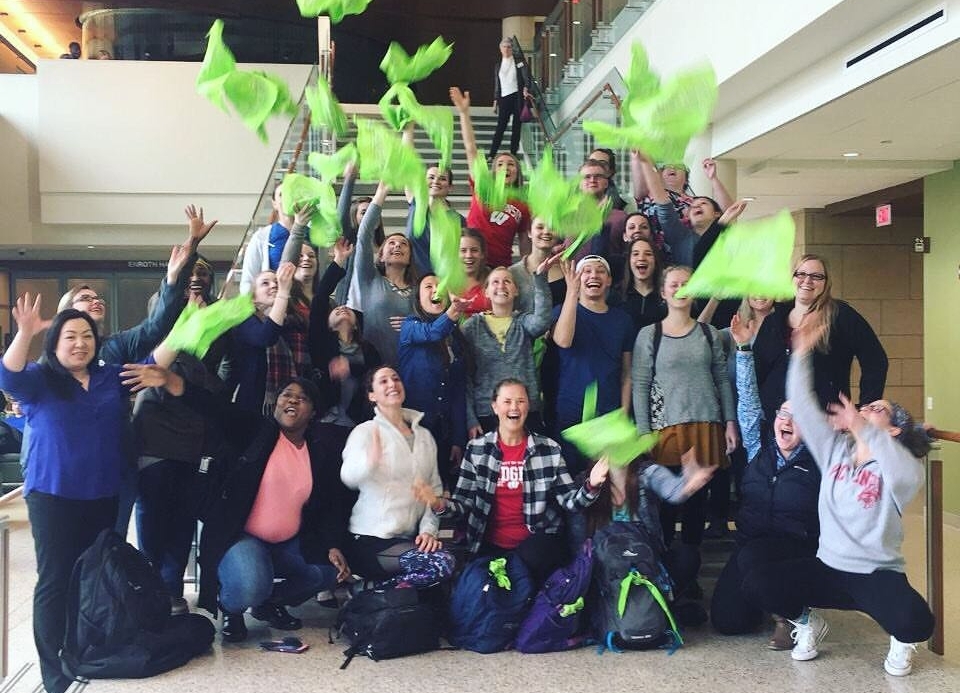 The senior class office will raise funds dedicated to the Green Bandana Project as part of a gift from the class of 2020. Photo courtesy of NAMI-UW

In an effort to provide education on mental illness and spread awareness of mental health resources on campus, the UW–Madison senior class officers have announced a new fund to support the Green Bandana Project.

Created by a former UW–Madison student, the Green Bandana Project — organized by the National Alliance on Mental Illness-UW — has made bright green bandanas a widespread symbol on campus. A bandana indicates that a student is a safe and knowledgeable individual to approach about mental health-related issues. Students who participate are educated on campus resources surrounding mental health and agree to carry resource cards with them.

The senior class office will raise funds dedicated to the program as part of a gift from the class of 2020. According to senior class president Lauren Sorensen, the 2020 officers chose the gift because of the far-reaching impacts of the Green Bandana Project on campus, as well as to further support NAMI’s mission of promoting student wellbeing through advocacy and education.

“If you are a student on campus, it is impossible that you haven’t seen at least one green bandana attached to a backpack,” she says. “We wanted to support that movement.”

Thousands of bandanas can be seen on the backpacks of UW–Madison students, each individually serving as a sign of support for those with mental illnesses. Collectively, the bandanas convey a larger message to students who may be struggling: hope.

Referencing the prevalence of mental health disorders across the nation, Sorensen says the fund for the Green Bandana Project will help reduce stigma associated with mental illnesses and foster an open dialogue about mental health awareness.

“Mental illness is a huge, daunting issue facing many students,” she says. “We felt as though NAMI was a great representation of what students are doing on campus to be part of the solution.”

The senior class officers have launched the campaign to raise funds toward NAMI and the Green Bandana Project, and contributions toward the gift can be made at this page. Senior class vice president Alyssa Birkeland encourages students to support the fund, emphasizing that it will have positive impacts on campus for years to come.

“Giving to NAMI through the senior class gift is such an easy way to make an impact and help your classmates that are struggling,” she says. “Part of being a Badger is giving back to your campus and fellow students.” 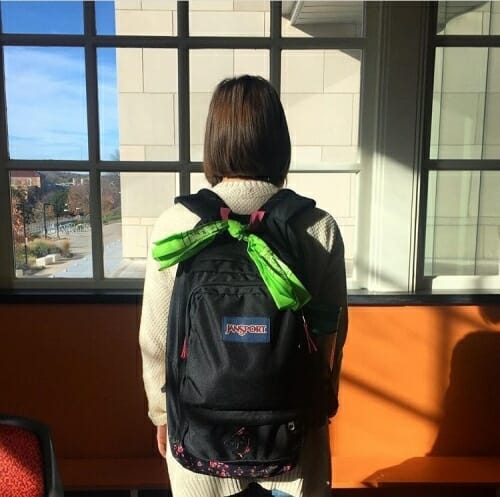 Support also comes in the form of solidarity, something that Powell says is fostered through donating, wearing a green bandana or simply acknowledging to others that they aren’t alone in their struggles.

“By supporting the Bandana Project, you are reminding others that they are not alone and that you stand with them as someone who is going through the same thing or as an ally,” Powell says.

For more information about the senior class gift, including how to donate, head to go.wisc.edu/11o0c2.

University Health Services offers no-cost, confidential mental health services for UW–Madison students, including a 24-hour crisis line at 608-265-5600 (option 9). UHS also offers third-party consultation for anyone who is concerned about a student. Non-students can call the National Suicide Prevention Lifeline at 800-273-8255.