J.D. Vance didn’t write a book because he accomplished something extraordinary, he tells readers in the introduction to “Hillbilly Elegy: A Memoir of a Family and Culture in Crisis.”

“I wrote this book because I’ve achieved something quite ordinary, which doesn’t happen to most kids who grew up like me,” Vance writes. 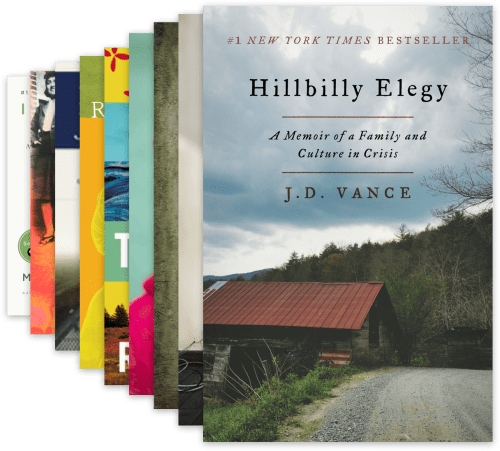 “Hillbilly Elegy” is the ninth selection for the Go Big Read program, which has been choosing thought-provoking literature to prompt campus discussion since 2009.

Go Big Read, the UW–Madison campus common-reading program, has chosen his story of growing up in the Rust Belt of Ohio and escaping generations of poverty as its 2017-18 selection.

Vance grew up in Middletown, Ohio, and the Appalachian town of Jackson, Kentucky. He enlisted in the Marine Corps after high school and served in Iraq. He went on to graduate from Ohio State University and Yale Law School, become a principal at a leading Silicon Valley investment firm and a contributing writer to the National Review.

In the book, Vance tells the story of what it feels like to be born into a region and class that has experienced serious economic disruption. He shares his family’s story, starting with his grandparents’ move from Appalachia to Ohio following World War II in hopes of escaping poverty. But that escape proved difficult, especially for Vance’s mother.

“I want people to know what it feels like to nearly give up on yourself and why you might do it. I want people to understand what happens in the lives of the poor and the psychological impact that spiritual and material poverty has on their children,” Vance writes. 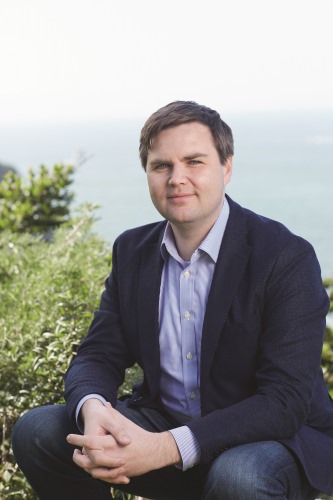 Ron Howard is directing and producing a movie adaptation of the book, which was a New York Times best-seller.

Since its release, the book has already sparked much discussion, which is one of the reasons it is this year’s Go Big Read selection.

Jennifer Senior of The New York Times calls the book a compassionate, discerning sociological analysis. “Combining thoughtful inquiry with firsthand experience, Mr. Vance has inadvertently provided a civilized reference guide for an uncivilized election, and he’s done so in a vocabulary intelligible to both Democrats and Republicans. Imagine that.”

While many have credited the book with providing understanding of the lives of those struggling with economic decline, others have criticized it for what they see as a simplistic view of poverty and personal responsibility, with too little discussion of the larger economic and social forces that have led to the personal problems described in the book.

“Go Big Read has a history of choosing books with challenging and timely topics. The point is to generate a lively conversation about a set of important issues, about which people can agree or disagree,” Chancellor Rebecca Blank says. “In fact, we hope this will generate a conversation of that sort, which leads people to think more about the social and economic and political issues raised in the book.”

“The point is to generate a lively conversation about a set of important issues, about which people can agree or disagree.”

Last year’s Go Big Read selection, “Evicted: Poverty and Profit in the American City” by UW–Madison alumnus Matthew Desmond, won a Pulitzer Prize in April. Desmond received his doctorate from UW–Madison in 2010 and is an associate professor of sociology and social studies at Harvard University, and an affiliate of the Institute for Research on Poverty at the UW.

Planning is underway for how students, faculty and staff will use the book in classrooms and for special events, including a visit from the author. Copies of the book will be given to first-year students at the Chancellor’s Convocation for New Students, and to students using the book in their classes. UW–Madison instructors interested in using the book can request a review copy.