Gabe Javier has been named associate vice chancellor for student affairs in the area of identity and inclusion at the University of Wisconsin–Madison.

His appointment took effect Dec. 1 and follows an internal search. Javier had served in the position on an interim basis since its creation in June. 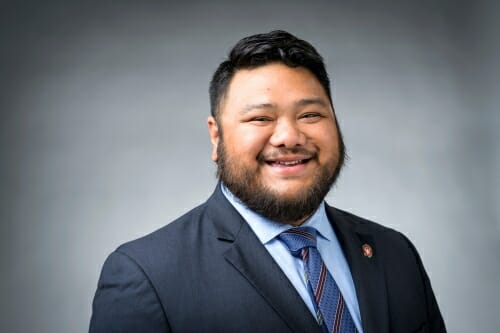 “There is so much work to be done in the area of identity and inclusion – in Student Affairs and across the institution – and I feel grateful to get to work with colleagues in Student Affairs who understand the creative tension that can exist at the intersection of justice and higher education,” Javier says.

Javier arrived at UW–Madison in 2011 as assistant dean of students and director of the Lesbian, Gay, Bisexual and Transgender Campus Center, now called the Gender and Sexuality Campus Center. He began serving as the interim director of the Multicultural Student Center in June of 2016 and became the center’s director in August of 2017.

“Gabe has worked to build inclusive and authentic student communities at UW–Madison since he joined the university in the summer of 2011,” says Lori Reesor, vice chancellor for student affairs. “He is a thoughtful and empathetic leader, rare to find in his office and easier to spot building relationships and supporting underrepresented students across campus. We are grateful he has agreed to serve in Student Affairs and to help us elevate this important work.”

“We are all working to make UW–Madison a place where people find communities in which to thrive and make connections that sustain us,” Javier says. “Student Affairs is a key part of this task and I’m grateful to be able to serve in this way.”