Social media has erased many of the boundaries between leaders and the people they represent, between experts and the lay public, between scientists and nonscientists. It has enabled people to communicate directly and interact in unprecedented ways.

At the University of Wisconsin–Madison, a survey of 372 scientists engaged in biological or physical science research shows that scientists are increasingly using social media to communicate with nonscientific audiences.

Nearly 75 percent of the scientists surveyed at UW–Madison between April and June 2016 believe that nonscientists add valuable perspective to discussions about scientific research, which came as a surprise to Dominique Brossard, professor and a leader of the group that administered the survey, the Science, Media and the Public research group (SCIMEP) in the UW–Madison Department of Life Sciences Communication. A report from the survey is published on the SCIMEP website.

“Scientists think lay audiences have something important to say,” says Brossard. “It really reflects the reality of complex science today, where often there are ethical dimensions to consider.” 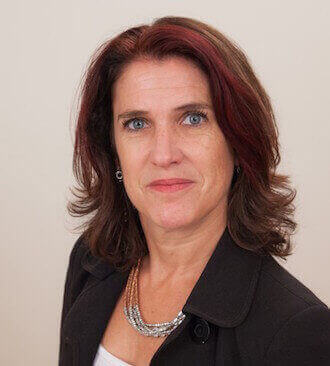 At the same time, the SCIMEP team found scientists at UW–Madison are also using social media more often to communicate with their peers.

“The norms are changing,” says Brossard. “UW–Madison is representing this quite well.”

Indeed, a non-UW–Madison study published in October in the journal PLOS One shows that scientists from a variety of disciplines around the world report that while they have not widely adopted social media, they believe there are numerous advantages to using it in their work.

The survey was partially inspired by a case in 2010 in which a scientific study claimed to have discovered a bacterial species that incorporated the element arsenic into its genetic material, alluding to extraterrestrial life, says Kathleen Rose, the SCIMEP graduate student who compiled the report. Shortly after the “arsenic life” study published, a blog post from another scientist in the field disputed the claims. Heated conversation ensued on Twitter.

Brossard and Rose were co-authors of an analysis of that case, which was published earlier this year and examined how social media influenced the fate of the controversial study once it became public.

“We know the peer-review system is flawed and this may be a mechanism that is fixing, like a crowd-sourced correcting mechanism,” Brossard says.

Rose adds that they were curious whether scientists at UW–Madison viewed social media as a place “where they can go to discuss and find other people and build up that post-publication peer review.”

The survey reveals that one in four of the responding scientists think that scientists should use social media to comment on the validity of scientific findings after publication. Another 54 percent neither agreed nor disagreed with this statement and Brossard finds this particularly interesting.

The survey also asked UW–Madison scientists how they believed using social media impacts their reputation and scientific credibility. Despite SCIMEP research that shows otherwise, only 17 percent of respondents agreed that social media increases their citation rates, a measure of their impact in the field, while nearly half did not agree or disagree.

This ambivalence, she says, “is usually a sign that things are changing.”

“Scientists are willing to engage with lay audiences; they want to engage. “It’s not just scientists in the Ivory Tower anymore.”

According to the survey, for scientific purposes, 78 percent of the responding scientists frequent Wikipedia anywhere from more than once a week to at least a few times a month, half never use Facebook, just 35 percent ever use Twitter and very few use Reddit. Others use ResearchGate, YouTube, blogs and podcasts with variable frequency.

More than three quarters of respondents at UW–Madison also believe scientists should be actively involved in political debates around scientific issues like synthetic biology.

“Scientists are willing to engage with lay audiences; they want to engage,” says Brossard. “It’s not just scientists in the Ivory Tower anymore.”

The survey shows that scientists at UW–Madison by and large believe the public is interested in what they have to say about science on social media. However, a majority report that using it is too time-consuming.

Respondents were overwhelmingly male (70 percent) and relatively far along in their careers. The mean number of years since they earned their doctorate was just over 23.

Brossard was heartened to learn that 34 percent of respondents say they pay attention to the social science underlying science communication.

“Does it change your view of the public? Does it change the way you see your own research? Does it make you more creative? What’s the impact?” Brossard asks. “It’s not just to do it to say that you do it, does it actually change you as a person, as a researcher in your relationship with society? That’s what I find fascinating. Most research is focused on how does it affect the public, but how does it impact the scientist?”

To illustrate, she shares an experience she had serving on a public panel focused on gene editing held at a local science festival last year. One of the panelists remarked to her, “Wow, the public is asking super hard questions!” Brossard says.

“Not all of them were technical questions, but they were profound questions,” she says. “I’m sure this person was transformed by the experience and maybe that makes his research a little more meaningful. That’s what we would like to see … I know that it has changed me.”