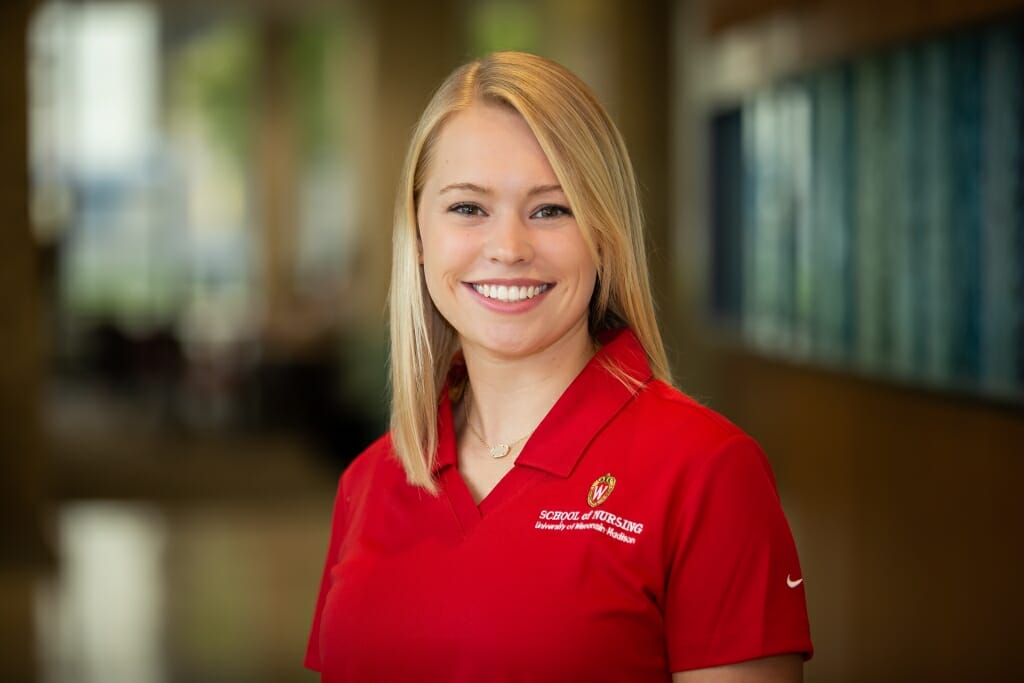 Hanna is part of a fourth generation family of UW–Madison nurses. Emily Hanna

For Emily Hanna, nursing is more than just a future career or field of study — it’s a strong family tradition dating back many decades.

Following in the footsteps of her great-grandmother, grandmother and aunt, Hanna is the fourth in her family to take part in UW–Madison’s nursing program. 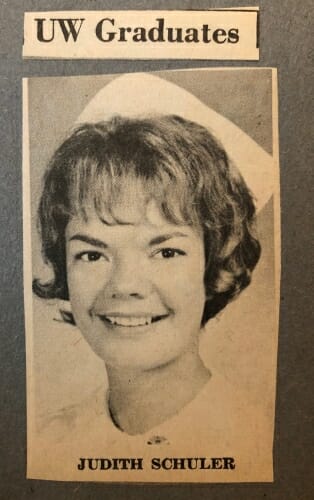 As a child, Hanna — who is now a junior — says she pointed at UW–Madison and “just knew” she was going to go there. Little did she know, she’d later be part of her family’s fourth generation of UW–Madison nurses and get assigned to clinical rotations in the UW hospital’s oncology unit — the same place where her late-grandmother, Judith Schuler-Weinhold ‘64, was treated for lymphoma.

The coincidences don’t stop there, however. Hanna says her former roommate’s grandmother was also roommates with Schuler while they were in the nursing program together in the 1960s.

“I didn’t realize how strong of a tradition this was in my family until I got to the point where I am today,” she says. “It’s amazing to walk around campus and think that my great-grandma or grandma was walking through these same halls of the Health Sciences Learning Center or that my aunt was in this hospital too.”

While the School of Nursing’s mission to create “leaders in research, education and practice” has remained the same, the curriculum has certainly changed over the years. During one of Hanna’s clinicals, she toured a UW Health Med Flight helicopter. When her great-grandmother Eleanor Schuler graduated from UW–Madison with a nursing certificate in 1932, helicopters had not even been invented yet.

In fact, the nursing program was introduced only 8 years prior to Schuler’s graduation. The first students were admitted into the program in 1924, and the first class of 11 nurses graduated in 1927 with certificates. According to estimated records from the UW–Madison registrar’s office, Schuler was only one of 21 students to receive a nursing certificate in the class of 1932.

Before the first nursing major was established in 1939, nurses studied in the College of Letters and Science in a variety of majors — the nursing program did not formally become the School of Nursing until 1959. Now, the current traditional Bachelor of Science in Nursing program has nearly 320 students enrolled.

According to Mary Hitchcock, a senior academic librarian in the Ebling Library, housing for students in the nursing program has also changed throughout the decades. She says living in the nurses-only dorm, located on University Avenue, was an integral part of the nursing school experience in the 1930s.

In return for students’ service, housing and meals were provided by the university, with the dorm serving as a social hub when the students weren’t studying. It wasn’t until the 1960s that enrollment outpaced available space in the nursing dorm, and student nurses were allowed to live elsewhere both on- and off-campus, Hitchcock says.

Hanna’s grandmother Schuler-Weinhold likely witnessed historic moments during her time in the nursing school as well. Just one year before her graduation from the university, the first man was admitted into the nursing program in 1963.  The school also released the first videotaped training courses for students to learn about nursing remotely.

“Regardless of the decade, the School of Nursing has always been quick to implement and employ new technology and open new avenues of education, curriculum, social events and admissions for nursing students,” Hitchcock says.

Students now even learn on lifelike manikins that breathe, bleed and give birth in the Technology-Enhanced Nursing simulation center, which opened in 2014 when Nursing moved into its present building, Signe Scott Cooper Hall.

The program will soon celebrate its centennial anniversary in 2024. Linda Scott, the dean of the School of Nursing, says those 100 years are reflective of Hanna’s family — deeply rooted in tradition.

“To have four generations of one family attend the school in that timeframe is fairly remarkable, and it is a testament to the quality of our program and the experience of the university as a whole,” Scott says. “We are honored to be a part of Emily’s family tradition, and we are proud that she is now a part of ours.” 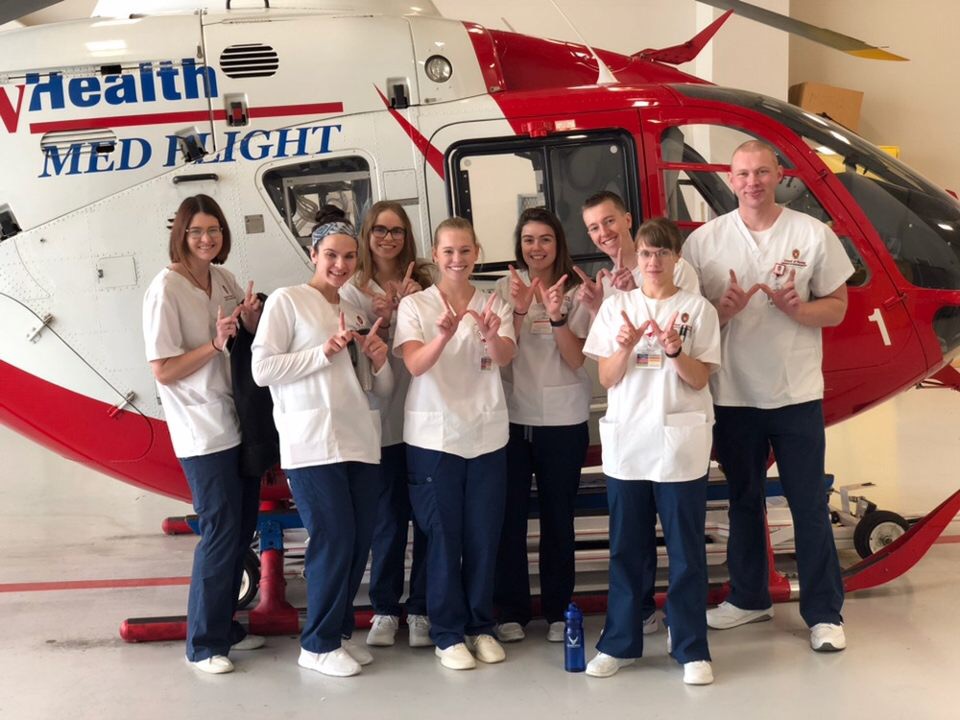 According to Hanna, those generations of women in her family who studied nursing served as inspiration and motivation for her to pursue the same path at UW–Madison. She says her mom, grandmother and aunt Lisa Wallen — who received a B.S.N from UW–Madison in 1990 — are some of her biggest role models, in particular. For Wallen, passing on the Badger nursing cap to her niece is “extra special,” and Hanna says she is proud to take on that role.

“I love that I get to share this with all of them,” she says. “I want to make the same impact on the world as they have through nursing, and my goal is to keep my grandmother’s memory alive through my actions as a nurse.”

While upholding her family’s healthcare tradition is important to her, Hanna says becoming a nurse means much more to her than just that.

UW-Madison’s nursing program is a “straight path to endless opportunities” where anything is possible, she says. At the same time, being a nurse combines some of the things that she cherishes most — science, family and touching the lives of others.

“With nursing, you get to meet so many different people and learn their stories,” Hanna says. “You can help to make the world a better place — you can create a lasting impact.”