Finding their way at UW-Madison

Many students arrive at UW–Madison unsure of what they will study or what career they’ll choose.

But then they explore the wide variety of courses, clubs, jobs and people on campus. Many are able to find, during their time here, exactly what they want to do with their lives. Here are three such students:

Jonny Vannucci came to UW unsure of where he’d best fit and what he wanted to study. The Wauwatosa native felt pressure to pursue the hard sciences, but found himself drawn to social science classes.

He also noticed a spark when he got involved with Associated Students of Madison, the student government of the university. “That’s where I learned about the legislative process and how to make a difference,” he says. 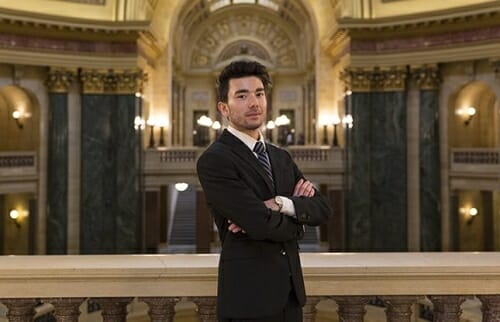 “It was a great experience for me,” he says, “and it had a huge impact on shaping my future.”

The political science major graduated last May with degrees in political geography and environmental studies, and he’s now in in an accelerated master’s program in international public affairs in the La Follette School of Public Affairs, with an eye toward working in diplomacy. Read more.

Nursing was ‘what I was supposed to do’

Nursing was not Emily Schumacher’s first career choice. A podiatrist’s daughter and valedictorian of her high school class, Schumacher headed to Madison in search of a major that would prepare her to attend medical school or enroll in a physician’s assistant program after college. Soon after arriving on campus, she began volunteering at UW Hospital to get healthcare experience. To develop her science skills, she got a job as a technician in a lab.

She considered several majors but nothing felt right.  Growing increasingly committed to healthcare, Schumacher paid closer attention during her shifts at the hospital to determine who did what and how they did it. Suddenly, the major that had eluded her came into clear focus. 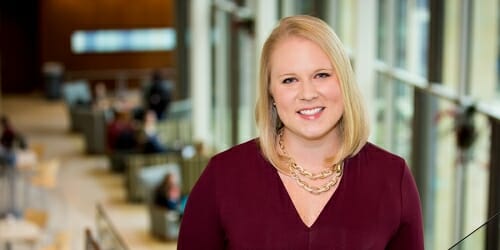 “I found what I was supposed to do. It was nursing,” she says. “It was a combination of all the things I love.”

Schumacher graduated in 2010 and entered practice in an oncology, neurology, and neurosurgery unit at American Family Children’s Hospital. Three years later, she enrolled part-time in the Doctor of Nursing Practice program, which she completed in 2018. Read more.

A home in the English Department 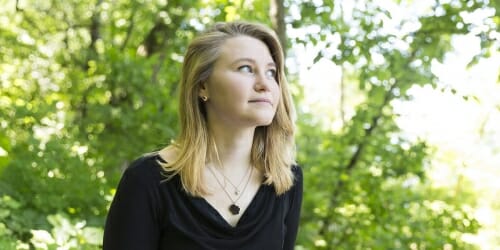 She had written poetry, fiction and even a full-length play in high school. But at first she didn’t think seriously about English as a major until she found out she could focus on composition and writing.

As Pleasant gravitated toward creative writing, she found a community in the English department. Fellow students welcomed her and faculty encouraged her in her studies and helped alleviate some of the pressure of being a first-in-family college student. Read more.