A tragic swimming accident in 2011 left University of Wisconsin–Madison graduate student Craig Schuff paralyzed from the neck down, but his ever-curious mind refused to get the memo.

Schuff came to UW–Madison in 2008 to study nuclear engineering. He was well on his way to a master’s degree when, while swimming with friends on a warm May day, he dove off a pier in Lake Monona and hit his head on the bottom of the lake.

Schuff died in October from complications of his paralysis. He was only months away from wrapping up his Ph.D. dissertation. To honor Schuff’s scholarly work, which he pulled off while dealing with his new and profoundly limiting physical disability, UW–Madison will award him a posthumous Ph.D. in electrical and computer engineering during commencement ceremonies Friday, May 13. 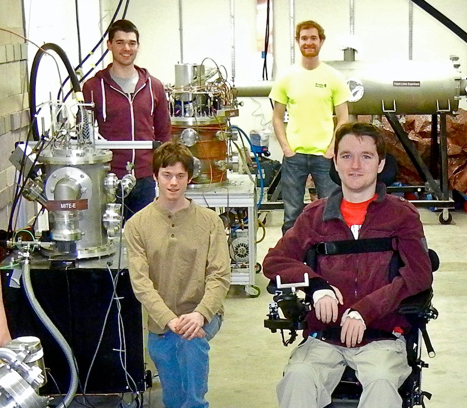 The posthumous award is a rare one: Schuff is only the second such recipient in the university’s 168-year history.

“He was a very energetic young man and a very hard worker,” says Jerry Kulcinski, professor of engineering physics and Schuff’s research advisor. “He had a genuine drive to do things, and he was always generating new ideas.”

One of those new ideas led to his master’s thesis: Schuff developed a method of using a pulsed neutron source to detect nuclear materials through thick metal walls. The new method could be used to counter the threat of nefarious smuggling of nuclear materials in thick-walled suitcases or shipping containers.

“He was very diligent about putting that proposal together and presenting his work,” says Kulcinski.

All of this was before the 2011 swimming accident.

“That was very tragic. When the accident occurred, of course nobody knew what was going to happen,” Kulcinski says.

At that point, Schuff had been on campus for nearly three years and had finished most of his coursework and started on his master’s thesis. Kulcinski says everything was briefly up in the air as everyone waited to find out just how severe Schuff’s injuries were. His parents came from Tennessee, and Schuff’s mother, a teacher, took a semester off and lived with him in Madison until he was able to live relatively independently. Still, until his death, Schuff’s parents and grandparents were a regular presence. 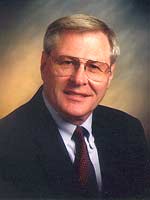 “Once he got partway recovered from that initial damage we started to talk about where we were going to go next, and he said he wanted to finish his thesis,” Kulcinski says.

So with the help of a generous donor who wished to remain anonymous, the department remodeled Schuff’s lab space to be accessible for his new motorized scooter. Many other donors helped fund a special, expensive piece of lab equipment Schuff needed to run his experiments. The university and another donor helped fund Schuff as well. An undergraduate was hired to serve as Schuff’s “hands” in the lab, as Schuff was now paralyzed from his neck down.

Between Schuff’s ideas and supervision and the work of his undergraduate assistant, they were able to make progress on his thesis, and Schuff received his master’s degree in 2012.

Living in an apartment near the College of Engineering campus, Schuff was able to motor over to his lab in the Engineering Research Building independently most mornings when the weather allowed, Kulcinski says. His work ethic and inquisitive nature led to steady progress toward his doctorate, even as Schuff navigated his disability and other health problems related to his injury. In 2013 he passed his qualifying exams and went through the prelim proposal process in 2014.

“Then he was on his way to actually running experiments with the help of an undergraduate,” Kulcinski says. “He designed the experiment, he did the calculations, he plotted the graphs, he published his master’s thesis and his prelim, which is pretty technical with equations, graphs, and CAD (computer-aided design) diagrams. If you didn’t know that he had this disability, you’d assume he was any other student, which to me is quite remarkable.”

Also remarkable, Kulcinski notes, is Schuff’s attitude as he dealt with his new physical limitations.

His work ethic and inquisitive nature led to steady progress toward his doctorate, even as Schuff navigated his disability and other health problems related to his injury.

“He never let it slow him down,” Kulcinski says. “He had a lot of trouble with his immune system after the accident; he would be very subject to infections and all kinds of things that we would be able to handle, but his body couldn’t. So sometimes he would come in and it would look like a real chore. But he came in. Quite frankly, I think that’s what kept him going — he’d come in and work.”

“The day before he died he was here, and we had a meeting. He looked good, and I remarked to one of my other colleagues, I said, ‘Gee, Craig’s looking good.’”

That was Oct. 23, 2015. On Oct. 24, Schuff died unexpectedly, likely as a result of several factors related to his paralysis. Kulcinski says he’ll remember Schuff for his perseverance, but also for his attitude.

“He had a great sense of humor,” Kulcinski says. “He was always cracking jokes with the group, and he was a team player. He volunteered if we had something in the lab to do; he wasn’t reticent to do anything.”

Schuff was also an avid football fan, and attended most home Badger football games, motoring the short distance to Camp Randall Stadium from his apartment.

After Schuff’s death, the College of Engineering swiftly advocated for a posthumous Ph.D. Within a month of beginning the process, which needed several committee and individual approvals — by Schuff’s thesis advisors and Ph.D. committee, the Engineering Physics and Electrical and Computer Engineering department chairs, the college, and Chancellor Rebecca Blank — Kulcinski says he received word that the request had been approved.

It was the final rally to recognize a student who had studied and conducted novel research while facing enormous obstacles.

Schuff’s parents, Mary and Rick, will be presented with Schuff’s degree during the commencement ceremony.