Steve Hahn, vice provost for enrollment management, will step down from his role early in the new calendar year. He has accepted a position with Huron Consulting Group. 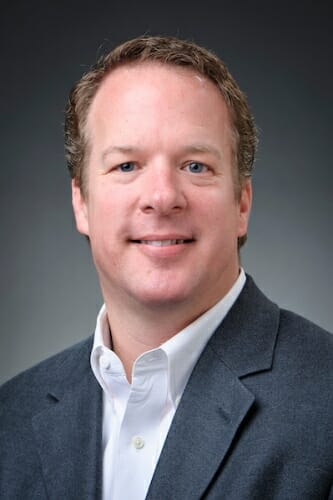 “Steve has done a tremendous job leading the Division of Enrollment Management, and we will miss him greatly,” Provost Karl Scholz says. “The combination of his knowledge of the student life cycle and his expertise in technological advancements makes Steve an incredibly valuable colleague to our campus and to the UW System as a whole. His creativity and dedication were essential to the university’s growth, while ensuring that we remain accessible to Wisconsin students.”

Since fall 2013, Hahn’s first as interim vice provost, overall undergraduate enrollment has grown steadily, reaching 31,186 students this year. The university has also set records each year in the number of applicants, receiving 43,921undergraduate applications for the current freshman class — a growth of 48% since 2013.

In addition, the division has launched innovative programs such as the Badger Promise transfer program, the Wisconsin Prime program, and the optimization of the Student Information System (SIS). Under his tenure  the university also joined the Common Application, where Hahn was a board member.

Most notably, Hahn oversaw the creation and implementation of Bucky’s Tuition Promise, which covers four years of tuition and segregated fees for Wisconsin-resident incoming freshmen with annual household income of $60,000 or less — roughly the state’s median family income.

Scholz plans to commence a search for the next vice provost immediately.