Three global leaders with careers of extraordinary accomplishment will be awarded honorary degrees at spring commencement this May at the University of Wisconsin–Madison.

The recipients are Krishna Ella, a groundbreaking vaccine scientist and entrepreneur; Keith Nosbusch, a visionary who reinvented industrial automation for the 21st century; and Ernest Grant, president of the American Nurses Association and a burn care expert known for his work treating victims of 9/11.

“Honorary degrees from UW–Madison recognize individuals who have shown outstanding service to humanity, often on a global scale,” says Chancellor Rebecca Blank. “I cannot think of three more worthy individuals. They have used their talent, creativity and generosity to greatly enhance our lives, vividly embodying the Wisconsin Idea.”

Krishna Ella, an alumnus of UW–Madison, is a leading scientist and successful entrepreneur in the field of vaccines. Driven by a firm conviction that today’s neglected diseases will become tomorrow’s pandemics, Ella works to develop technologies to provide innovative and affordable solutions for neglected diseases. 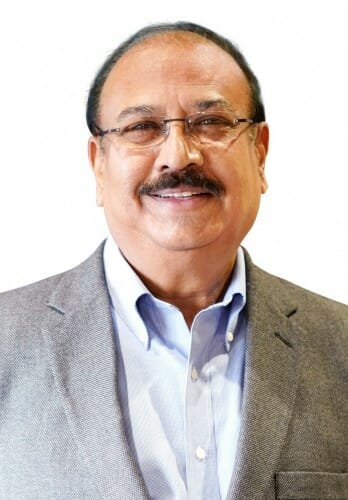 Ella earned a PhD in plant pathology from UW–Madison in 1993. He and his wife, Suchitra, returned to their home country of India in 1996 to establish Bharat Biotech. The company has delivered over 10 billion vaccine doses to the poorest and most underserved populations in over 123 developing countries. With 433 patents filed and over 145 granted patents, including the world’s first global patents filed for the chikungunya and Zika virus vaccines, Ella has led development of 17 vaccines used in India and around the world.

Ella forged and nurtured global partnerships under the Indo-US Vaccine Action Program to successfully develop vaccines against rotavirus (Rotavac), through the first efficacy trial from the developing world, and typhoid (Typbar TCV), the world’s first typhoid conjugate vaccine, with human challenge studies conducted at Oxford University. Ella, in partnership with the University of Maryland and the Welcome Trust, has completed the Phase 1 clinical trial in Baltimore for non-typhoidal salmonella, a key health care challenge in Africa.

Ella’s latest work involved the development of Covaxin, India’s first and the world’s fourth SARS-COV2 vaccine, after the U.S. and the U.K. It has not only saved countless lives but also demonstrated India’s indigenous vaccine development capabilities, and is priced as low as $3 a dose.

Ella was nominated for the honorary doctorate jointly by CALS Global at the College of Agricultural and Life Sciences and the Global Health Institute at UW–Madison.

“The global reach of Dr. Ella’s accomplishments has had lasting impacts on the world,” wrote Sundaram Gunasekaran, director and professor, CALS Global, and Jonathan Patz, director and professor, Global Health Institute, in their nominating letter. “In 2021 alone, his Covaxin vaccine helped India surpass more than 325 million COVID-19 vaccinations. With his vision, industry and leadership, Ella has substantially improved the quality of life of millions around the world.”

For Ella’s contributions to society and industry, the Republic of India in 2022 conferred him with the Padma Bhushan, the country’s third-highest civilian award.

Keith Nosbusch, a Milwaukee native and UW–Madison alumnus, earned progressively responsible leadership positions throughout his 42-year career in industrial automation. From 2004 to 2016, he served as chairman of the board and CEO of Milwaukee-based Rockwell Automation. 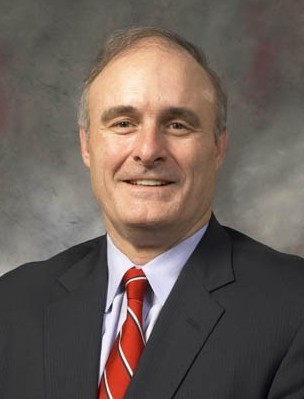 Nosbusch earned a bachelor’s degree in electrical and computer engineering from UW–Madison in 1974. After graduating, he began his career at the Allen-Bradley Company, later to become Rockwell Automation. He simultaneously pursued a master’s degree, earning an MBA from UW–Milwaukee in 1978.

During Nosbusch’s career at Rockwell Automation, the company became the dominant industrial automation company in North America, with business in more than 80 countries. His vision for “The Connected Enterprise” helped spur the smart manufacturing revolution. The approach, consisting of an integrated control and information architecture, enables the customer’s plant floor to be securely and seamlessly connected throughout the enterprise and across facilities located anywhere in the world.

In 2016, Nosbusch was recognized by Smart Manufacturing magazine as one of “30 visionaries” who have had the foresight to develop and adopt cutting-edge digital technologies and drive manufacturing into a new era of competitiveness.

Throughout his career, Nosbusch also worked to create an organizational culture where every employee could perform their best work. In 2017, Catalyst, a nonprofit organization that promotes inclusive workplaces for women and other people underrepresented in the workplace, honored Rockwell Automation with its prestigious Catalyst Award. Ethisphere Institute recognized Rockwell Automation as one of the “World’s Most Ethical Companies” eight times during Nosbusch’s tenure as CEO. He is widely known for his focused philanthropic strategy and advocacy of science, technology, engineering and mathematics (STEM) education.

“Keith is an exemplary alumnus, epitomizing both the spirit of innovation and a focus on the greater good that are hallmarks of a UW–Madison education,” says Susan C. Hagness, Philip Dunham Reed professor and chair of the Electrical and Computer Engineering Department, which nominated Nosbusch. “With his future-focused mindset and dedication to human values and education, Keith not only improved his company, but is improving the world and the lives of students in Wisconsin and beyond.”

Nosbusch’s commitment to providing pathways to, and broadening participation in, a STEM education extends to his alma mater. He championed the full-tuition Rockwell Automation Corporate Scholarships at UW–Madison.

A distinguished leader, Ernest Grant has more than 30 years of nursing experience and is known throughout the world for his expertise in treating burn care patients and for his commitment to fire safety and prevention. His dedication to health care and community service led Grant to provide volunteer burn care in 12-hour shifts for 10 consecutive days to victims of the 9/11 attack on the World Trade Center. President George W. Bush presented Grant with a Nurse of the Year Award in 2002 for his efforts. 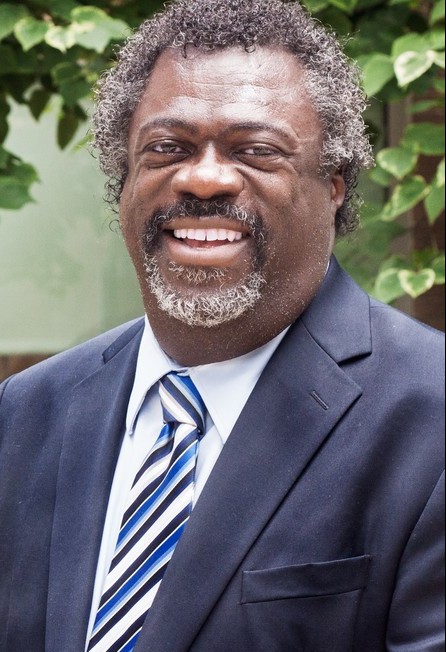 Grant is serving his second term as president of the American Nurses Association, which represents the interests of the nation’s 4 million registered nurses. He is the first male president and the first African American male to hold this position.

Grant brings to the role a longstanding commitment to social justice and equity and to improving the health of all communities. During his tenure, he has advocated for greater diversity and inclusion in nursing and has been a leading national voice on multiple issues, including racial justice, the primacy of scientific evidence in combating COVD-19, and the need to support frontline workers during the pandemic.

In addition to being a prolific public speaker, Grant has conducted numerous burn education courses with the U.S. military in preparation for troop deployments to Iraq and Afghanistan.

Grant was nominated for the honorary doctorate by the UW–Madison School of Nursing.

“Given the devastating nature of burn injuries and the complexity of burn care, Dr. Grant’s life-altering impact on health through fire and burn prevention, treatment and education is inspirational,” says Linda D. Scott, professor and dean of the UW–Madison School of Nursing. “Equally, Dr. Grant was entrusted to lead the country’s largest association of nurses at a critical turning point in history when nurses were unsustainably overburdened by their efforts on the frontlines of the COVID-19 pandemic. The impact of his leadership has been profound.”

READ ON THE WEB: