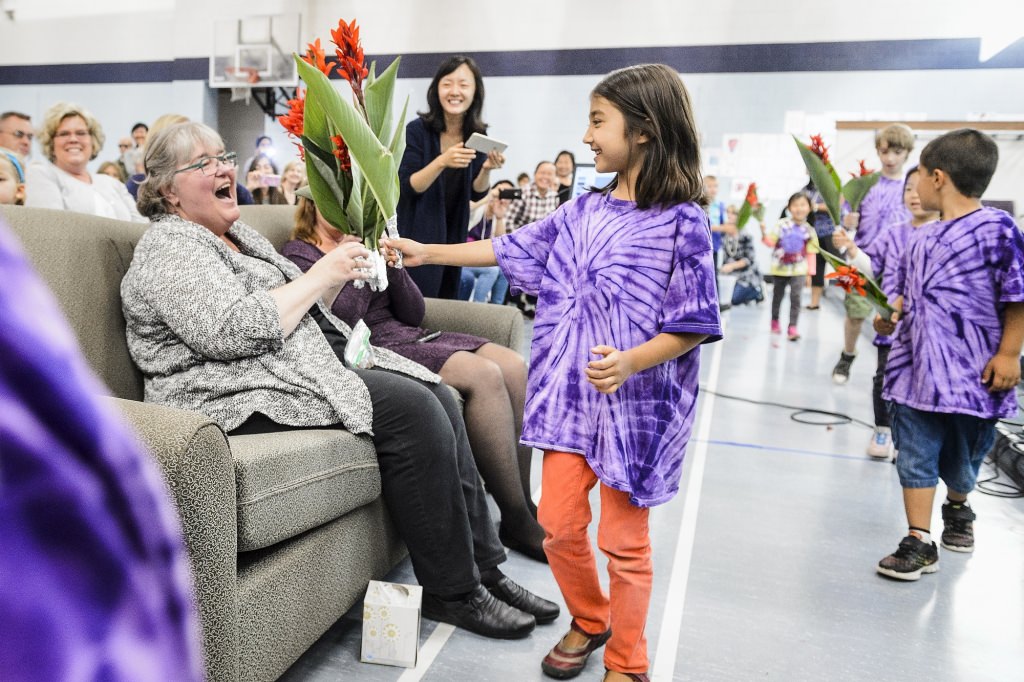 Now, Eagle’s Wing is located in the University Apartments Community Center and is licensed to take care of 107 children, ranging from six weeks to 12 years old.

Many of those children who attended Eagle’s Wing back in August 1992 have gone on to be parents — sometimes bringing their own children back to Eagle’s Wing. Others have come back to teach or just to visit.

“People think fondly of the time they were here and come back to reminisce,” says director Debb Schaubs.

Now, it will be time for Schaubs to do the reminiscing. On Sept. 1, she will retire. An open house and program celebrating the 25th anniversary — and Schaubs — was held Aug. 25. Purple, Schaubs’ favorite color, was worn in her honor. A video was also made with people sharing their tributes. 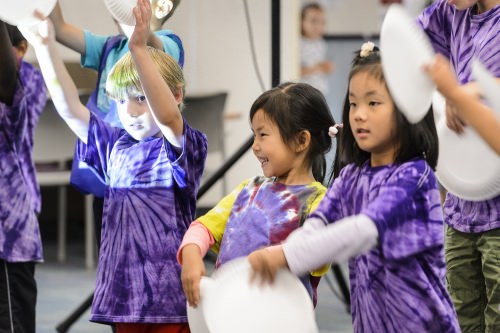 “This is going to be a really hard place to leave,” Schaubs says. “But it’s in good hands.”

Taking over as director is Paula Zipperer, who has worked with Schaubs since Eagle’s Wing began.

“She’s the best ever,” Zipperer says of Schaubs. “She has a way of understanding children. I have learned so much from her.”

Schaubs grew up in the small town of Chilton, Wisconsin, where most of the people she knew had similar backgrounds. As she had a family of her own, she wanted her children to grow up in a more diverse area and moved to Madison.

Each semester, approximately 30 countries are represented, with more than 60 since Eagle’s Wing began.

“It’s a good opportunity for your child to see around the world,” says Chuquan Gu, a teacher at Eagle’s Wing. “They can see different people and different languages and make new friends.”

Connecting and learning from different cultures has always been a big part of the mission, Schaubs says.

Lately, she has been trying to learn Korean. A little girl patted her knee and said, “I think it’s lovely that you’re learning to speak Korean, but your accent is very bad.”

“We really look at how different we are and appreciate it,” she says. “We love that we’re different.” 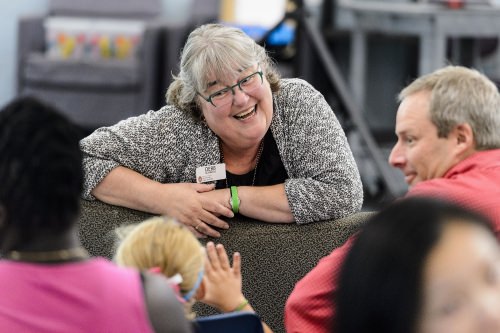 Debb Schaubs, director of Eagle’s Wing Child Care and Education Programs at the University of Wisconsin–Madison, talks with a child during a presentation on Aug. 25 to honor the 25th anniversary of the program and her retirement on Aug. 25. Photo: Bryce Richter

For parents like Heidi Biancat, that’s been an important reason she and her husband from France chose Eagle’s Wing for their twins, Charlotte and Mateo.

“It’s great to be exposed at an early age — seeing the differences in skin color, language. I think it creates more acceptance,” Biancat says. “It makes it more the norm. It’s more a community than a day care service.”

Colorful artwork covers the walls of Eagle’s Wing with maps showing where children are from.

“What makes Eagle’s Wing special is that your child engages in a diverse, rich, cultural and international community where the child interacts with many faces from all around the world, and this is a very unique opportunity that is very valuable for both children and the parents,” says Rezvaneh Habibi-Daryan, who is from Iran and is a parent and part-time recreation leader at Eagle’s Wing.

Peace education has always been part of the program. Posters help instill this idea with messages like “Peace begins with me” and “Spread joy and kindness.”

“Even when there are lots of kids crying, it’s still a happy place,” Zipperer says.

As Schaubs prepares to leave, numerous visitors drop by to say thanks, give a hug or drop off gifts — orchids have been popular. There are also numerous invitations for coffee dates — something that Schaubs will have a lot more time for now.

No more setting the alarm for 5 a.m.

Her plans are modest: camping, reading more books, finally catching up on “House of Cards.” (She hears there’s a season five but she’s only up to three.)

But don’t be surprised if Schaubs comes back to visit. That’s just what happens when you leave Eagle’s Wing.

While it will be hard to leave, she’s proud that so many children have temporarily called Eagle’s Wing home. And she’s thankful for what she has learned. 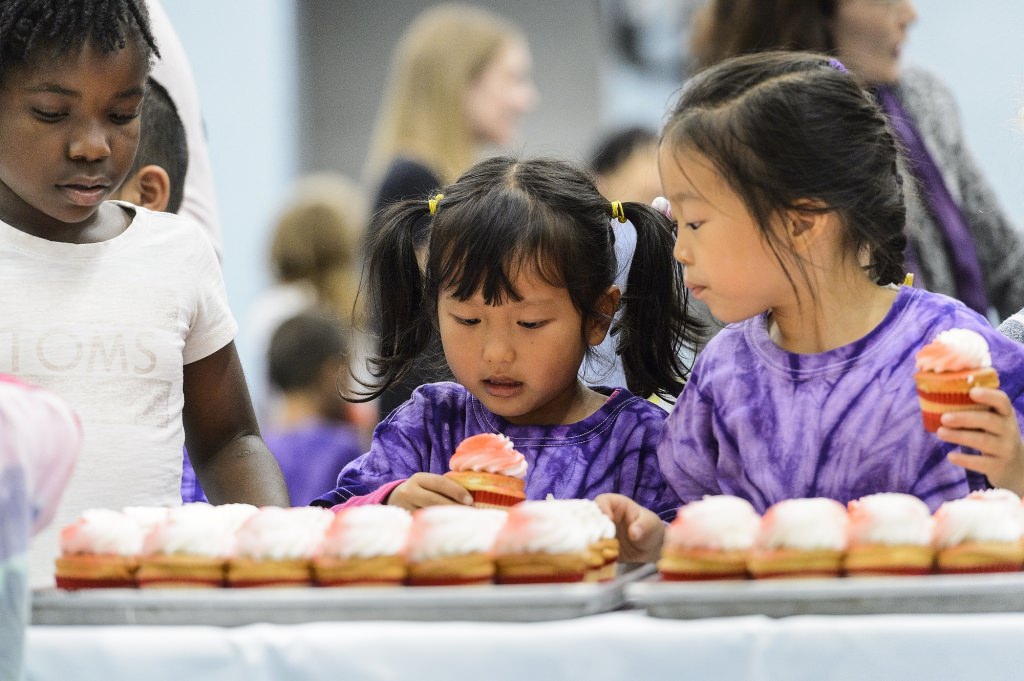