When Dan Ludois was growing up near Beloit, Wisconsin, he drew extension cords for fun. As a graduate student, he daydreamed about power conversion.

“Electricity,” says the University of Wisconsin–Madison professor of electrical and computer engineering, “has always been my thing.”

Today, Ludois is a Moore Inventor Fellow and one step closer to bringing a potentially transformative invention into the world. 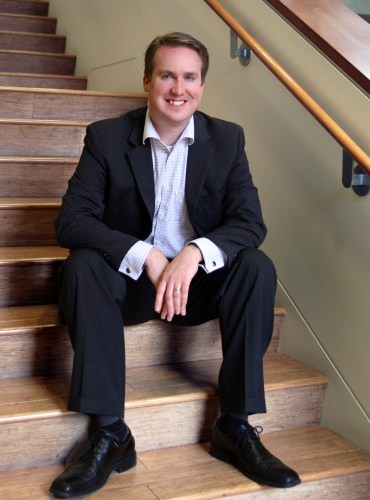 Awarded by the Gordon and Betty Moore Foundation, the Moore Inventor Fellowship is in its second year of providing freedom and support to the nation’s most promising inventors. Ludois will receive $825,000 in research funding over three years to demonstrate the utility of his electrostatic motor.

“Our foundation provides these early-career researchers with time and freedom to develop ideas that will make a positive difference,” says Robert Kirshner, chief program officer for science at the Gordon and Betty Moore Foundation. “Nurturing these scientist-inventors within universities and providing them a glimpse of the outside world will help their ideas have a real impact.”

“With the Intel Corporation, Gordon Moore changed the world,” Ludois says. “We have smartphones in our hands and robots on Mars because of Moore. So to be selected, to be considered a ‘Moore Inventor,’ it’s a little bit surreal.”

An estimated 46 percent of all the electricity generated in the world is used to power electric motors. These workhorses do the majority of our pumping, heating, cooling, drilling, pressing, cutting, grinding, and moving. But Ludois’s invention represents a fundamental change in how these machines work, and could become a cheaper, more sustainable, and more efficient alternative.

Ludois’s capacitive motor runs on electrostatic power conversion, or on the “static cling” force produced from electric fields. Compared to conventional motors that use magnetic fields to convert electricity into rotary force, Ludois’s motor is more flexible in design, powerful, and highly efficient. His motor has the near-term potential to produce three to ten times more torque than electromagnetic motors of the same weight, and doesn’t require rare earth materials in manufacture. It could one day serve as a direct-drive machine for a range of applications, changing the way engineers design wind turbines, electric and hybrid electric vehicles, aerospace propulsion, energy storage, and energy infrastructure.

With the help of the Wisconsin Alumni Research Foundation, Ludois and business partner Justin Reed co-founded a spin-off company called C-Motive Technologies. In the past, Ludois has built motors that demonstrate specific core concepts while researchers at C-Motive Technologies have focused on practical challenges such as developing the motor’s casing. Funds from the Moore Foundation, however, will be used at UW–Madison to demonstrate the motor’s utility, or to prove that Ludois’s electrostatic motor can do practical work. 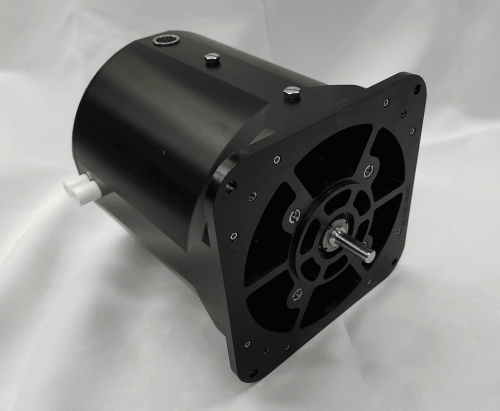 A prototype electric motor that uses a new principle for transforming electricity into rotary force is being developed at C-Motive Technologies in Madison. Company co-founder Dan Ludois is an assistant professor of electrical and computer engineering at UW–Madison.

“At the university, we’re really good at proving new concepts,” Ludois says, “and industry is really good at making something reliable and cost-effective. But there’s sort of a void in the middle of those two things. There’s not as much funding available for stitching together the theory and the practical nuts and bolts. The Moore money will allow me to stitch these things together and get something out the door.”

The fellowship is special to Ludois for its focus on inventors. Though Ludois uses science and engineering on a daily basis, he mostly identifies as an inventor. But inventing, he says, is anything but the work of one person.

Ludois also has two more invention ideas in the works.

“They all have a theme in that capacitance, the ability to store an electric charge, plays a big role in each one,” he says. “I’m most interested in manipulating electric fields to do useful things.”