It’s not every day that Hollywood makes a movie featuring a predominately Asian cast. In fact, it’s been 25 years since “The Joy Luck Club” did.

“Crazy Rich Asians” is ending that drought Aug. 15. Based on the best-selling novel by Kevin Kwan, it tells the story of a dashing college professor who takes his girlfriend (also a professor) home to meet his mega-wealthy family in Singapore.

While there’s always pressure to deliver at the box office, the stakes are even higher for this movie, says Lori Kido Lopez, an associate professor of media and cultural studies at the University of Wisconsin. 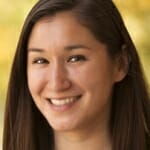 “I wish it were the case that Asian Americans had the power to experiment and fail and still be able to try again, but unfortunately this is not the case,” Lopez says. “If the film doesn’t pull in huge box office numbers, we won’t see another movie like this for a long time. If it does, this film’s success can be used to leverage future projects for Asian Americans.”

As an Asian American woman, Lopez has always wanted to better understand the way that racism is perpetuated through the movies and TV shows and other kinds of media and how people can fight back against problems and make improvements. This led her to a doctoral program at the University of Southern California in Los Angeles researching how Asian Americans were engaging with Hollywood. Her book, “Asian American Media Activism: Fighting for Cultural Citizenship,” is the result of this research.

“Unfortunately, Hollywood executives make a lot of decisions based on industry lore rather than doing what is right or fair,” Lopez says. “There has long been a belief amongst media producers that if you put too many people of color into a movie, it will only be attractive to that one racial group.”

This is wrong, Lopez says, citing the success of movies starring minority actors including “Slumdog Millionaire,” “Life of Pi,” “Get Out,” “Black Panther,” “Creed” and others.

“But the racism in Hollywood has also taken a toll in particular on Asian Americans.  Asian Americans are an extremely small slice of the national population, so their needs and demands are rarely taken into consideration,” Lopez says. “They’re also assumed to be ‘just like white audiences’ in terms of which movies they support, so it doesn’t seem like there’s anything to gain from building a film around Asian American characters and experiences.”

“The truth is that many Asian Americans are deeply offended by the way they’ve been underrepresented and misrepresented in Hollywood, and they are very vocal about the specific changes they would like to see,” Lopez says. “Moreover, they are the fastest growing racial group in the U.S. so they wield nearly $1 trillion in buying power that could be spent on entertainment.”

People are already showing support for the movie with the #GoldOpen hashtag in the hopes of drawing a record box office. Netflix wanted the rights to the movie but Kwan and director Jon M. Chu wanted people to be able to experience the movie in a theater.

“The important thing about the book is that it was hugely popular with readers, and its success is what made movie studios eager to adapt it into a film,” Lopez says. “It’s an intellectual property with a built-in fandom, and a track record of resonating with a wide swath of the public. That’s the kind of data Hollywood investors are looking for—especially if they perceive there to be some other risk, like having a lack of confidence that audiences will be interested in Asian American stories.”

Hollywood loves a franchise – and Kwan has two other bestselling novels in the trilogy, “China Rich Girlfriend” and “Rich People Problems.”

Maybe one day it won’t be headline news to feature a predominantly Asian cast. But for now, people like Lopez are cautiously optimistic – and appreciative to the people who have worked hard to make this film happen.

“This movie doesn’t exist in a vacuum — it’s just a single node within a long history of Asian American media activism that has worked to combat racism in the industry and cry out for opportunities like these,” Lopez says. “There are hundreds of Asian American actors, writers, directors, media professionals, theaters, artists, comedians, bloggers, watchdog groups, advertisers, and others who have worked day after day to lay the groundwork for this moment. If we see improvements in how Asian Americans are represented, it will be because this film represents the culmination of their efforts.”