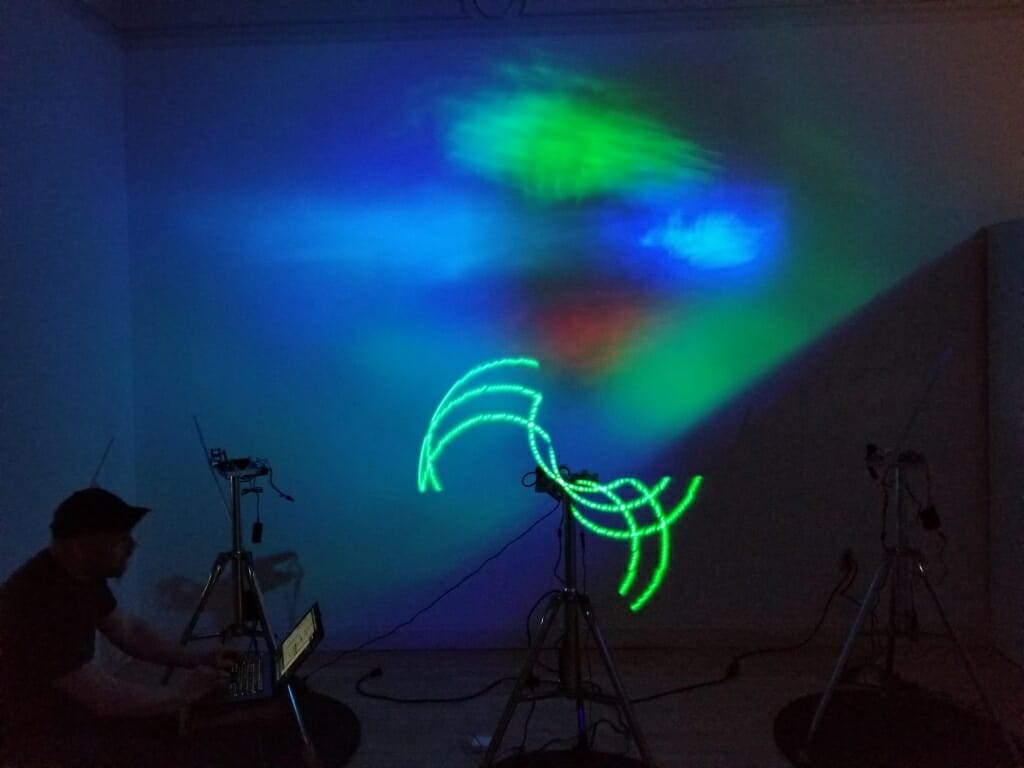 For Faisal Abdu’Allah, it was an art teacher who played Miles Davis and John Coltrane records as the young student painted.

Along with the companion exhibit Messages from the Horizon, Event Horizon is on display in the Main Gallery of the University of Wisconsin–Madison’s Memorial Union through Aug. 1.

Now a professor of art at UW–Madison, Abdu’Allah has partnered with other artists and physicists from the IceCube Neutrino Observatory to explore the intersection between art and science, the role of serendipity in our lives and the diverse ways we perceive and understand our universe. 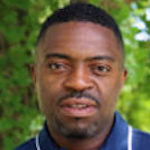 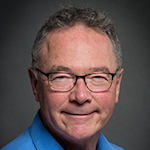 The exhibits integrate with the upcoming International Cosmic Ray Conference hosted by the Wisconsin IceCube Particle Astrophysics Center in Madison July 24 to Aug. 1. Hundreds of physicists from around the world will descend on the Memorial Union to discuss the latest research on cosmic rays, energetic particles from space that constantly pelt Earth’s atmosphere with subtle information about the cosmos.

While in Madison, the scientists will have the chance not only to view the exhibits, but to expand them. Abdu’Allah has invited conferencegoers to bring their own object of importance to be photographed with. Those portraits, taken by Madison-area teenagers mentored by Abdu’Allah, will populate the gallery space throughout the conference.

“You’ll see the community grow before your eyes,” says Jim Madsen, the director of education and outreach for IceCube, an enormous observatory built into the Antarctic ice sheet to track high-energy particles coming from space. IceCube is headquartered at UW–Madison.

Madsen, a professor of physics at UW–River Falls, collaborated with Abdu’Allah and computational artist Mark-David Hosale to develop the exhibits. Both exhibits are named for the event horizon, the edge of a black hole from which nothing, not even light, can escape. 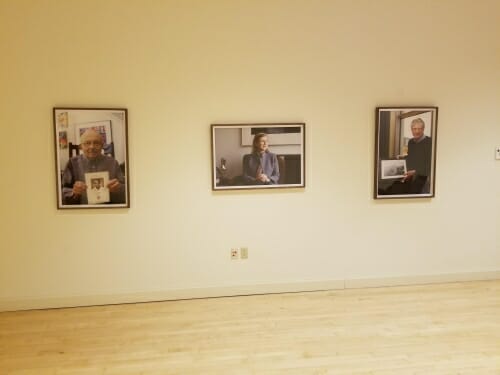 Event Horizon presents three portraits of physicists holding an object that inspired their careers. Gaurang Yodh, left, died at the age of 90 weeks after being photographed by UW–Madison Professor of Art Faisal Abdu’Allah. Photo by Jim Madsen

One of Abdu’Allah’s subjects, Gaurang Yodh, holds toward the camera a flyer for a lecture in honor of Enrico Fermi, the eminent 20th century nuclear physicist who was a member of the Manhattan Project and Yodh’s advisor. During Abdu’Allah’s visit, Yodh played his sitar, an instrument he taught a course in alongside his physics courses at the University of Maryland, College Park.

“There was a level of intensity when he was playing. And he was able to fill the room and showcase another side of his thinking,” says Abdu’Allah, who sees in Yodh’s music a common foundation underlying both the arts and the sciences. “Creativity and imagination and critical thinking is at the center of all those disciplines. To be able to problem solve, essentially.”

Yodh passed away at the age of 90 weeks after being photographed by Abdu’Allah. The prize he founded in 1998 to recognize advancements in cosmic ray research will be presented at the upcoming conference for the first time after his death. UW–Madison physics Professor Francis Halzen, principal investigator of IceCube, will receive this year’s Yodh Prize. 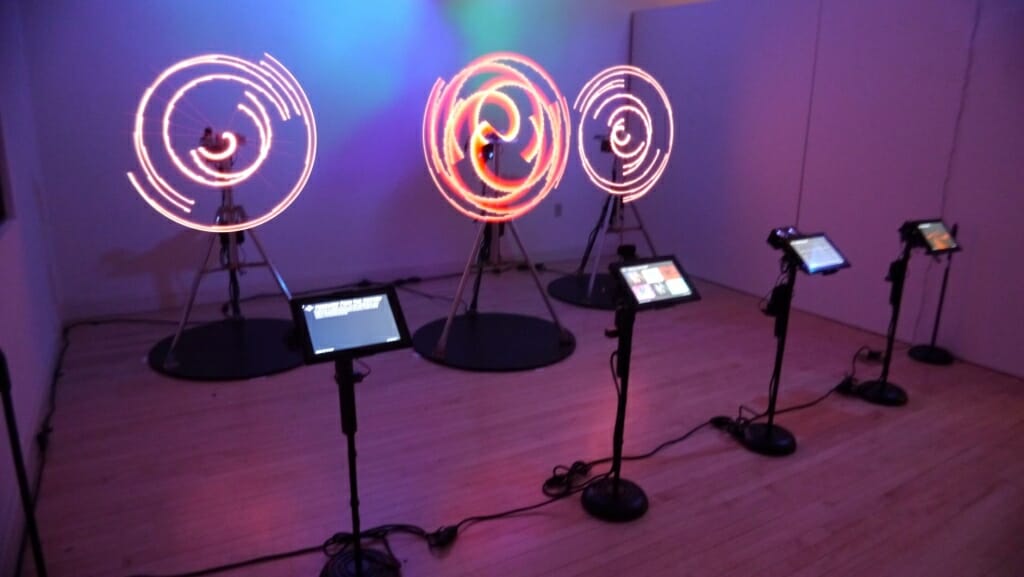 Messages from the Horizon includes three strips of LEDs, which spin quickly enough to create the illusion of arcs and dots of light as abstract black holes. Photo by Jim Madsen

The other exhibit, Messages from the Horizon, was designed by Hosale, a professor of computational arts at York University in Toronto, along with Madsen. Three rapidly spinning strips of LEDs create arcs and dashes of multicolored light to abstractly represent black holes. Interactive tablets in front of the spinning lights simulate how equipment and computers translate data from the cosmos into visualizations or sounds so scientists can analyze it.

“As humans, we’re pretty limited in terms of what we can perceive, and so we create all these very complex tools in order to extend our perception,” says Hosale, who has long collaborated with Madsen to create art inspired by physics. “By presenting that in this abstracted system, it allows people to understand how our perception can be extended into ways of knowing.” 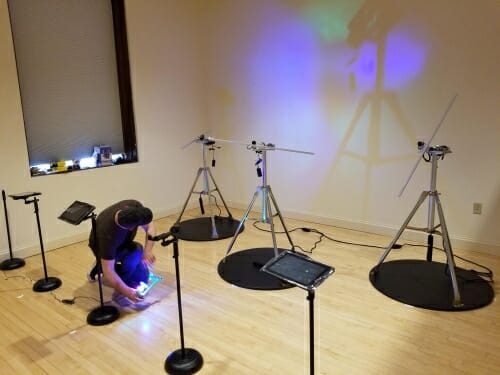 The exhibits will remain up through the conference, and the artists are now planning ways to set them up at future events.

In addition to the exhibits, the public is invited to hear a talk on Friday, July 26, as part of the conference on cosmic rays. University of Leeds physicist Alan Watson will present on the origins of the universe’s most energetic particles at 7:30 p.m. in the Memorial Union’s Shannon Hall, 800 Langdon St.