Nearly 30 years after recording a temperature of minus 93.2 degrees Fahrenheit  (minus 69.6 Celsius) in Greenland, the measurement has been verified by the World Meteorological Organization as the coldest recorded temperature in the Northern Hemisphere.

The measurement was first recorded by a University of Wisconsin–Madison Antarctic Meteorological Research Center Automatic Weather Station in December 1991. An AWS is a standalone instrument suite developed by UW–Madison Space Science and Engineering Center and AMRC scientists and engineers to collect numerous environmental parameters such as air temperature, pressure, humidity, wind direction and speed. The information is then relayed via satellite back to SSEC in near real time.

Over time, these data have come to provide a benchmark for understanding weather extremes and climate change. 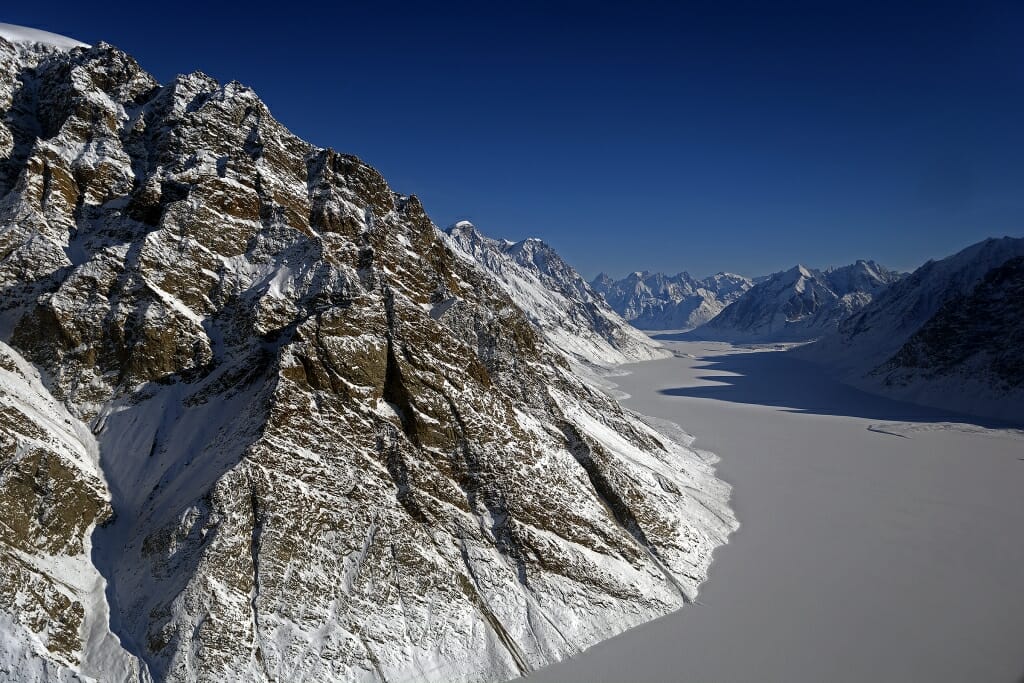 The coldest temperature in the Northern Hemisphere was recorded in Greenland in 1991. That temperature, first documented by the UW–Madison Antarctic Meteorological Research Center, was just confirmed by the World Meteorological Organization. Credit: NASA

“The more data you have, the more you can understand what’s going on globally, and make important political and environmental decisions related to climate change,” says George Weidner, emeritus researcher with the UW–Madison Department of Atmospheric and Oceanic Sciences. “It is also an important moment for the AWS systems in that their data are being accepted as official records.”

Weidner is the lead author on a new paper published in the Quarterly Journal of the Royal Meteorological Society this month that documents the low temperature finding.

In 2007, the WMO created an online archive of weather and climate extremes around the globe, helping to set benchmarks for future climate research. Other measurements include record high temperatures, wind speeds, and the impact of tropical cyclones, including the deadliest in history.

Extreme measurements like that in Greenland undergo a rigorous review process to make sure they are accurate and there is agreement with other meteorological data and weather forecast models. Due to the quality and preservation of the AWS station data provided by the Antarctic Meteorological Research Center, the WMO was able to verify the 1991 temperature and log it as part of the official record.

According to Weidner, this cold temperature was the result of several atmospheric conditions converging in a specific way. 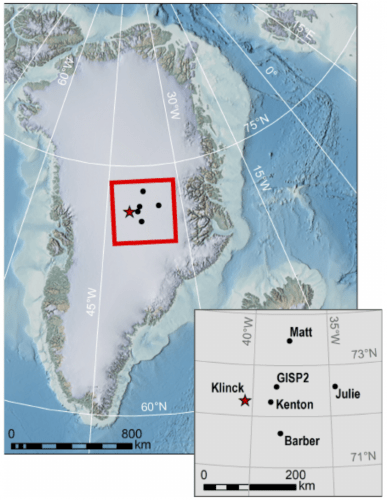 Klinck station in Greenland is located within the Arctic Circle at an elevation of 10,170 feet (3,100 meters). Credit: NOAA and George Weidner

The Klinck field site, where the coldest temperature was measured, is located in the middle of Greenland at an elevation of 10,170 feet (3,100 meters). Extreme cold air temperatures can occur when there is little wind to disturb an area, accompanied by clear skies.

In this case, the elevation and a splitting of the jet stream — which usually flows over the Greenland ice sheet — created a dead zone, allowing the already cold region to continue losing heat from the Earth. Similar conditions occur over Canada and result in the famed (or infamous) “polar vortex,” which produces extreme cold that reaches the U.S.

For more than 40 years, the network of more than 60 Automatic Weather Station sites has helped provide real-time data for scientists in extreme places like Antarctica and Greenland and has helped build a more complete picture of changes in Earth’s climate. In March 2017, the WMO confirmed some of the warmest ever recorded temperatures in Antarctica and used data from AMRC’s AWS network to help verify these measurements.

This work is supported by the National Science Foundation.