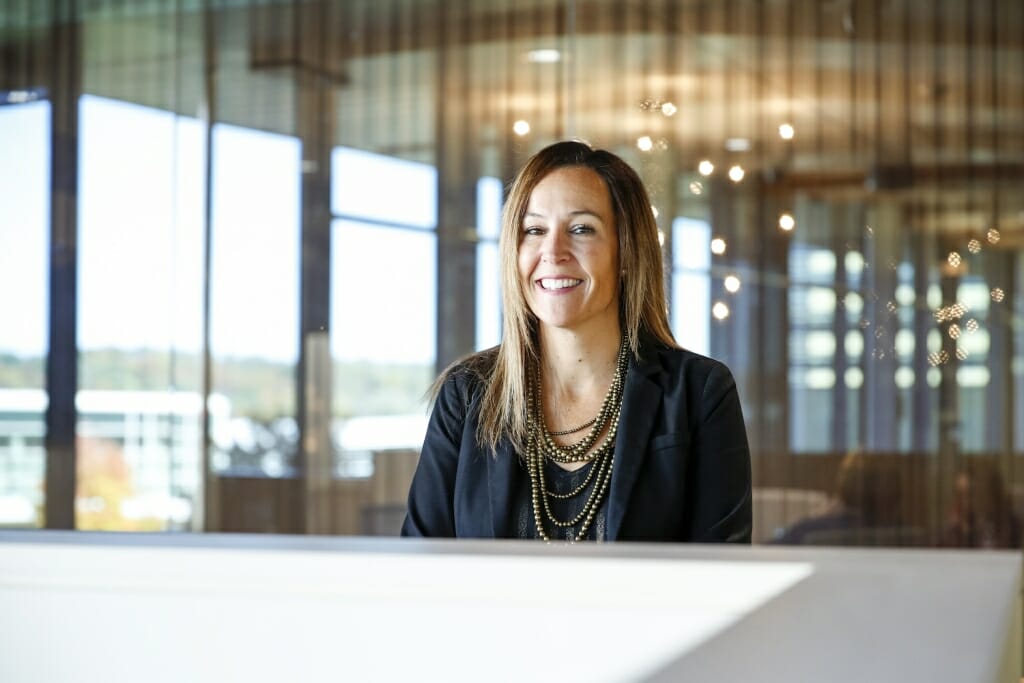 From February through June, we will be highlighting the ways that UW–Madison changes lives for the better throughout the state of Wisconsin. February’s theme is Improving Health. Watch for more at #UWChangesLives on social media. And here’s how you can help.

Trina Ford was already a nurse practitioner when she first started to recognize that addressing a patient’s mental health issues could improve their physical health.

“When we controlled their depression, it was also easier for them to manage their diabetes. Their blood pressures went down,” Ford says.

Yet most of the mental healthcare the patients received in the northern Wisconsin health systems where she worked was from primary care providers without specialized education.  Her work as a care coordinator made her realize just how profound the need was for providers who were focused exclusively on mental health and could prescribe and diagnose.

“Primary care ends up dealing with so many of the mental health issues that affect physical health,” she says, “but it was overwhelming to do both.” 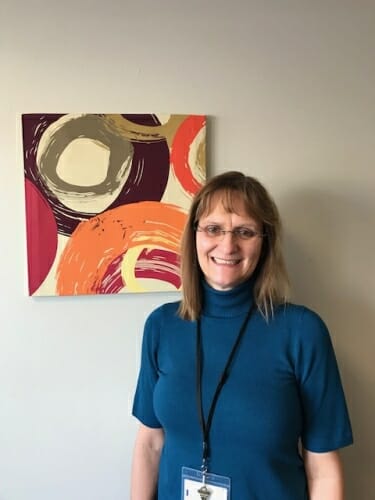 Trina Ford was able to continue working at her job while returning to school to get a Mental Health Care Certificate from the UW–Madison School of Nursing. Submitted photo

Ford decided to go back to school, and a UW–Madison School of Nursing program was the perfect fit for her because it offered flexibility for students outside of Dane County.

She worked in Rhinelander at the time, but the Nursing Psychiatric Mental Health Care Certificate program required just one trip to Madison per month for in-person classes. The rest of the classwork was online. That appealed to Ford. She already had a BSN from UW–Green Bay and a master’s degree from Case Western Reserve, but she had always dreamed of graduating from UW–Madison. The challenge was that she needed to keep working while going back to school.

What really made the program possible was that it supported and arranged the time-intensive clinical rotations at sites throughout the state so that students could learn close to home. “There was no other way I could do it,” Ford says.

Professor Gina Bryan, who directs the certificate program and also leads the psychiatric mental health track of the school’s Doctor of Nursing Practice degree program (the professional degree program for students not currently licensed for advanced practice), says rural clinical placements make it possible to recruit students like Ford, who would not have attended had the program required her to relocate or commute hours to Madison multiple times a week.

“We are very thoughtful about the time students spend on campus so we can keep the program as open as possible,” Bryan says, noting that students have come from places like Oshkosh, La Crosse and Winter, as well as Madison and other nearby communities. “We know that young providers tend to gravitate toward more urban areas, but those with more experience and establishes lives often want to remain and build a practice in their home communities. We want to enable them to learn in their home communities, too.”

The Wisconsin Department of Health Services reports that more than half of adults who need mental health services are not receiving them, and the Wisconsin suicide rate is higher than the national average. Also, the majority of Wisconsin counties are designated by the Health Resources and Services Administration (part of the U.S. Department of Health) as Health Professional Shortage Areas for mental healthcare, meaning that they lack sufficient providers to meet the needs of the population.

Exposing all students to rural practice, Bryan adds, increases the likelihood that they will venture beyond Madison or Milwaukee to pursue careers in rural areas where large portions of the population lack sufficient access to mental healthcare providers, services and facilities.

Building the network of clinical sites has taken Bryan to health agencies and clinics across Wisconsin in an effort to forge organizational partnerships and identify providers who will oversee students on-site during their clinical rotations. She has been at the School of Nursing for seven years, and each year she has expanded the rural clinical placement options for students in both programs.

“When I started we had 12 clinical sites and now we have 60 sites all over the state,” she says. “We have inpatient sites, outpatient sites, community-based sites, and placements in correctional facilities, Indian health services, long-term care facilities and pediatric-only facilities. We don’t use them all every semester, but the relationships and placements are there and available for the students who desire them.”

The Psychiatric Mental Health Certificate is an 18-month capstone certificate for licensed registered nurses with a master’s degree. The program has a 100 percent board certification pass rate, and currently 95 percent of graduates of the certificate program and the psychiatric mental health track of the DNP program practice in Wisconsin.