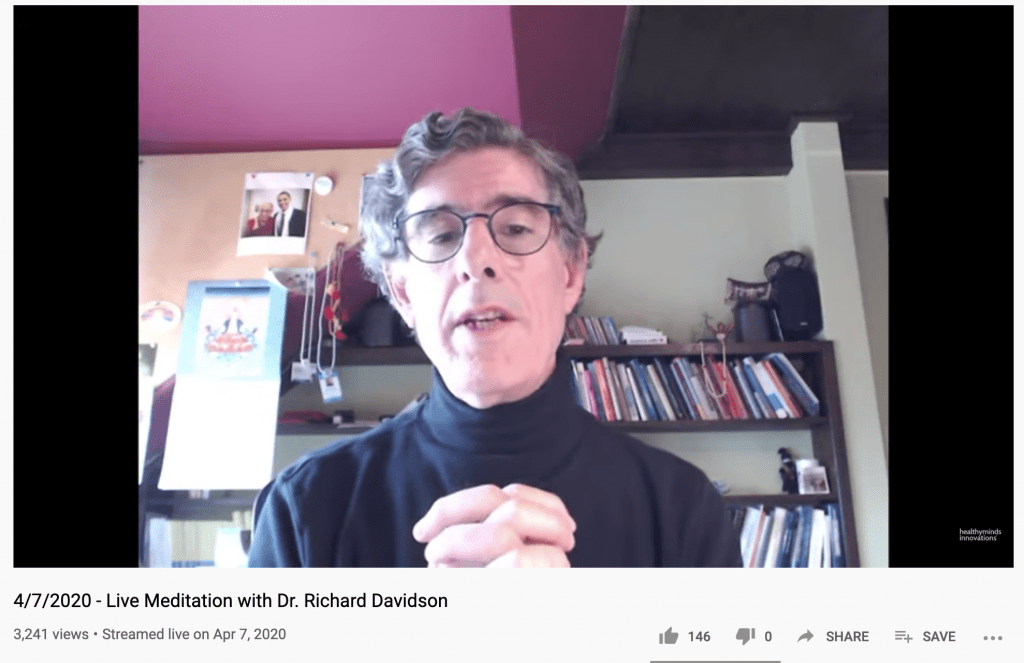 On a live YouTube broadcast from April 16, a man in a turtleneck talks softly, slowly. He asks viewers how they’re feeling during the coronavirus pandemic.

These responses come from Moscow, Paris, and Kathmandu, as well as cities around Wisconsin. The anxieties of the moment seem to be crashing into the broadcast. But, seated in his homey office, Richard Davidson is serene. He continues to speak in a soothing voice, as if he had the secret to healing the world. Can he do it in a mere 27 minutes?

Davidson, professor of psychology and psychiatry at the University of Wisconsin–Madison, is leading a guided meditation for Healthy Minds Innovations. The nonprofit collaborates with university’s Center for Healthy Minds, which Davidson founded and directs. His YouTube video — part of a new, free series — advances the center’s ambitious mission: to cultivate well-being through a scientific understanding of the mind. 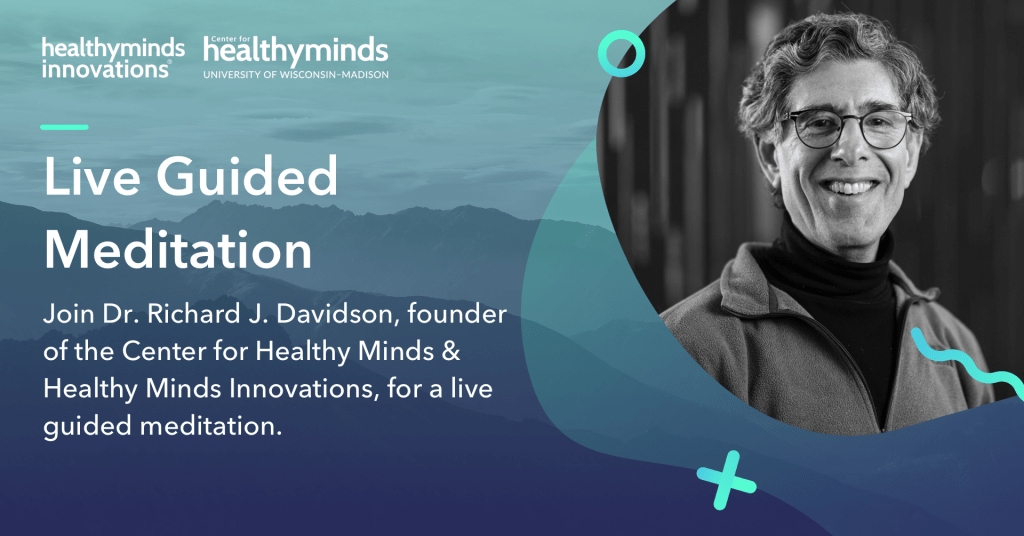 “During this challenging time, we feel a moral obligation to disseminate the insights and the practical wisdom we’ve gleaned over the years to help people cope more effectively,” Davidson says. “Research shows that meditation can help us become more resilient and decrease our distress.”

The Center for Healthy Minds conducts studies on empathy, gratitude, and other qualities of mind that affect well-being. Drawing on this research, Healthy Minds Innovations develops practical tools to create a kinder, wiser, more compassionate world. 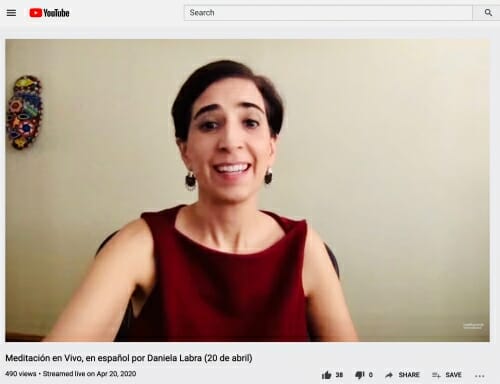 That’s where the YouTube series comes in. Since March, it has offered a live meditation every weekday by Davidson and other trainers. The sessions start at various hours to ensure that people in different time zones can participate. One of the trainers, Daniela Labra Cardero, leads a meditation in Spanish from Mexico City every Monday. Her offerings have attracted more than 2,000 viewers in the first three weeks.

As the pandemic spread in early 2020, Healthy Minds Innovations saw a dramatic increase in demand for its services. Along with the meditations, it offers a Healthy Minds @Work program and a free Healthy Minds Program app that describes four pillars of well-being.

“With the pandemic, people who had never considered meditation find themselves confronting mental health issues,” says Jocelyn Harmon, vice president of marketing at Healthy Minds Innovations. “Now that they no longer have access to their old ways of dealing with anxiety — for example, getting together with friends — they’re searching for other tools to guide them through an unknown situation.”

Davidson’s stature immediately drew an audience to the YouTube meditations. He’s appeared everywhere from Today to Nightline, and Time magazine once put him among “The 100 Most Influential People in the World.” So far, his two videos from April have received nearly 6,000 views.

Davidson finds it inspiring to conduct the meditations in real time.

“When you gather two thousand people from around the world to practice together, you recognize that you’re not alone. Your uncertainty and stress are shared by many others, so practicing live with a group like this is very helpful.”

As Davidson eases into the meditation on April 16, the jittery chat box comments taper off. He encourages viewers to look inward, with an awareness of their own bodies; and outward, with an appreciation for others.

“Let’s spend a few moments reflecting on how every human being shares the same wish to be happy, to be healthy, to be free of suffering,” he says.

When Davidson brings the gentle exercise to a close, he once again asks viewers how they feel. The chat box reawakens with newfound contentment.

Davidson’s meditation might not have healed the world. But in 27 minutes, it’s certainly made progress.