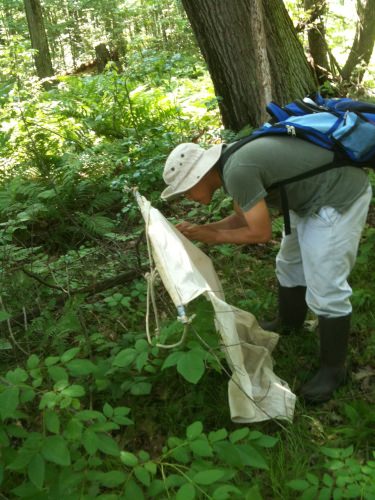 The Centers for Disease Control and Prevention (CDC) has awarded $10 million to a consortium of Midwestern universities to establish a new research and training program to stem the spread of disease carried by vectors like ticks and mosquitoes.

The Upper Midwestern Center of Excellence in Vector Borne Diseases, which will be led by University of Wisconsin–Madison medical entomologists Lyric Bartholomay and Susan Paskewitz, is aimed at elevating the understanding of vector borne diseases and improving public health response to diseases like Zika, West Nile and Lyme disease.

Part of a larger push by CDC to buttress the nation’s public health infrastructure to thwart vector borne diseases, including emerging diseases like Zika and West Nile, the new center will involve scientists – public health entomologists, epidemiologists, virologists and vector control experts – from UW–Madison, the University of Illinois, Iowa State University, Michigan State University and the Minnesota Department of Health.

A key objective of the new center, says Bartholomay, a professor of pathobiological sciences in the UW–Madison School of Veterinary Medicine, is to foster collaboration not only between university experts, but also with public health organizations at the local, state and federal levels. The goal, she explains, is to boost surveillance, prevention and response against the backdrop of a trend toward the emergence of new diseases and old diseases – like Zika and West Nile – in regions far from their places of origin.

The Midwest, according to Paskewitz and Bartholomay, is a “national hotspot for disease emergence and endemic transmission of vector borne disease.”

“There is a trend toward new emerging disease,” says Paskewitz, who chairs UW–Madison’s entomology department. “We’re seeing invasions of new species and pathogens. It is these new things moving around.” 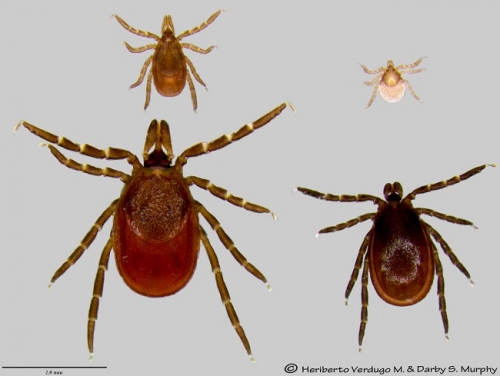 Life stages of the blacklegged or deer tick. Top row: nymph, larvae. Bottom row: female, male. The deer tick is one of the most important disease vectors in Wisconsin and will be under the microscope as a new center for vector borne disease takes shape at UW–Madison. Darby Murphy

For example, not only are new tick species such as the lone star tick showing up in places like Wisconsin, places where they didn’t live before, but they are carrying a wider variety of disease. When Paskewitz joined the UW–Madison faculty in 1991, Lyme disease was the only known tick-borne disease endemic to Wisconsin. Today, she says there are at least half a dozen diseases that can be transmitted by the blood-sucking arachnids found in the Badger State.

There are likely a number of reasons why new vector borne diseases are on the rise in the Midwest. Changes to the landscape such as deforestation and urbanization, shifts in animal populations such as white-tailed deer, and changes in climate all are likely contributors, according to the Wisconsin scientists. Another possibility, says Paskewitz, is that scientists are simply getting better at finding new invasive species of mosquitoes and ticks and their bacterial and viral pathogens.

The new CDC-supported center will have three primary objectives:

“Our vision is to provide training at all levels, including the undergraduate, graduate and professional levels,” says Bartholomay. “We hope we can provide a conduit of really well trained people who will be positioned to respond to outbreaks.”

The certificate program and training opportunities will be available at all of the partner institutions.

Research, say Paskewitz and Bartholomay, will be essential, as changing environmental conditions allow vectors and the diseases they carry to exploit new geographic regions and susceptible human and animal populations. “We don’t want to look for only what we expect,” explains Bartholomay. “We want to look for new diseases and understand the threats they pose.”

UW-Madison, she adds, is well positioned to do this through existing faculty, staff and technical resources, such as next-generation gene sequencing technologies that can be used to identify viral and bacterial pathogens associated with ticks and mosquitoes.