“All of us at UW–Madison are greatly saddened by this loss,” said Chancellor Rebecca Blank. “Beau was a bright and caring young man who lived the Wisconsin Idea through his work at Badger Boys State and his desire to travel and experience other cultures. Our hearts go out to Beau’s family and friends at this difficult time.” 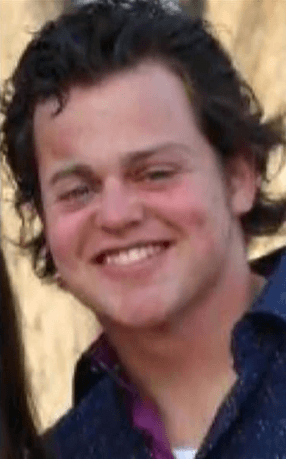 Solomon arrived in Italy last Thursday to study at Rome’s John Cabot University as part of a summer program based at the liberal arts college.

He was reported missing the following morning by his roommate when he didn’t return to his room after an evening out in a district frequented by American tourists.

Aided by UW–Madison staff, his parents flew to Rome to work with Italian and U.S. Embassy officials on the search. His body was found Monday in the Tiber River and identified by American embassy officials.

Forty-year-old Massimo Galioto is in custody. He was being charged with “aggravated murder,” an Italian police spokesman told NBC News. Solomon’s credit cards had been used in the hours after his disappearance.

There is no indication of any additional risk to other UW students in Rome or abroad. Other UW–Madison students participating in the John Cabot program are safe and accounted for.

Solomon, from Spring Green, Wisconsin, had completed his first year of study at UW–Madison as a personal finance major in the School of Human Ecology.

He is being remembered by family and friends for his magnetic personality, leadership and academic drive.

“In our family, he is the one who does it all right. He’s an incredible athlete. He is the one that keeps us all together,” his brother Jake Solomon told NBC News before Beau Solomon’s body was found on Monday.

“He was driven, career oriented,” he said, adding that his brother was a cancer survivor, a high school football player and a participant in the Badger Boys State camp with hopes of a career in law or politics.

“Beau was able to create a tight circle of friends while at the UW. His legacy is his commitment to his family and his love of life,” said Dean of Students Lori Berquam.

“Beau recently declared personal finance as his major at the end of April and was very excited about immersing himself in his studies this fall,” added Dean of the School of Human Ecology Soyeon Shim. “Our thoughts are with Beau’s family.”

Counseling for students and resources for faculty and staff are available through University Health Services. Call 608-265-5600 (select option 9).